2017 Draft Re-Do: What If the Knicks Never Drafted Frank Ntilikina? 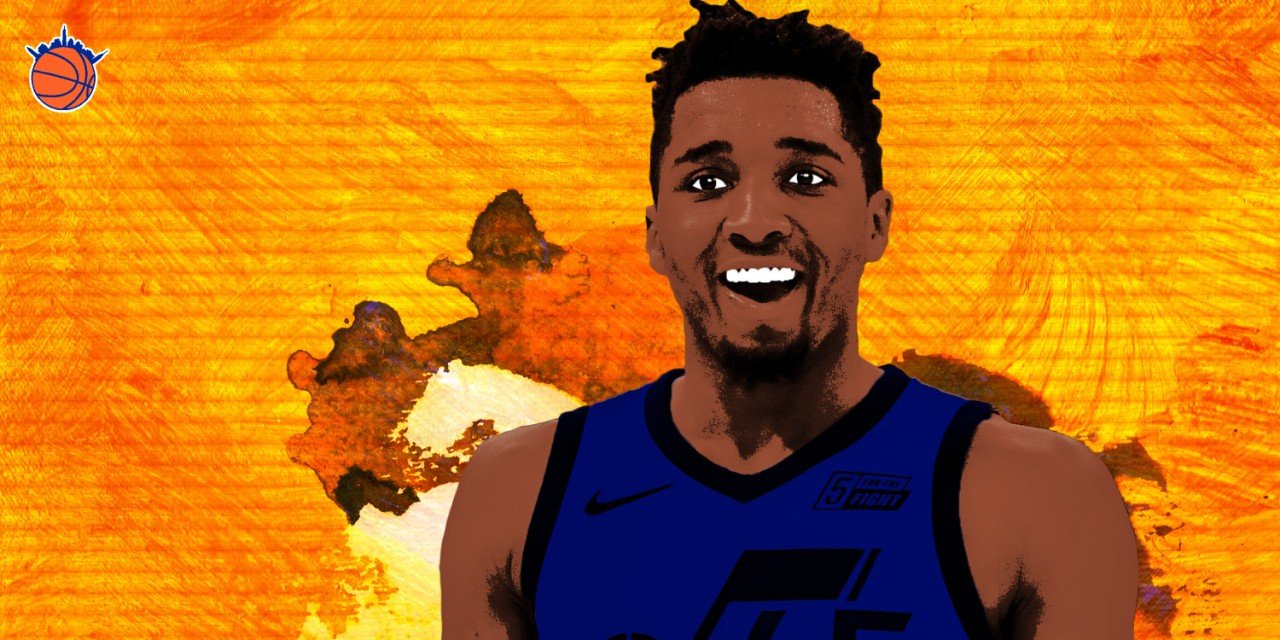 Trading for Dennis Smith Jr. seemingly closed the loop on the Knicks’ 2017 draft selection, but the Frank Ntilikina pick actually opens a new can of worms when re-examining the situation.

In the second entry of our draft “what-if” miniseries, we look back at 2017’s NBA draft and see where the team would be if it didn’t select Frank Ntilikina with the eighth overall pick.

When re-litigating past decisions, nothing is ever simple. Merely to ask the question “What if?” is to enter the hazy, metaphysical territory of the multiverse. A single changed decision, no matter how innocuous, could have sweeping ramifications that in time reveal one’s presence in the darkest possible timeline.

Here’s a look at how that can play out:

If a butterfly’s flapping wings can cause a typhoon halfway across the world, and there are a LOT of butterflies out there so that’s a pretty scary thought, just imagine the impact choosing a undersized chucker instead of a pass-first point guard could have on the world, nay, the universe itself.

Kidding, obviously. There’s no universe where that could’ve happened.

But that’s exactly what we’re here to do: ask “what if.”

As in, what if the Knicks hadn’t drafted Frank Ntilikina with the eighth pick of the 2017 draft?

By the time the 2017 draft rolled around, it was clear that the apple in the eye of most fans in the Big Apple, De’Aaron Fox, would be long gone by the eighth pick. He’d played himself into a near-lock for the top five with a dominant performance against Lonzo Ball in the Sweet Sixteen, and poof, just like that, he was out of reach. It was growing increasingly clear my other personal favorite in the draft, Jonathan Isaac, was also growing more unattainable by the day.

When doing an exercise like this, it can be tempting to engage in some revisionist history. After all, we have hindsight to inform our decisions and discourse, to show mistakes for what they were.

So yes, it’s tempting or obvious to say the Knicks should’ve taken Donovan Mitchell with the eighth pick. But that feels disingenuous, in the same way that it would to say they should’ve taken John Collins or Kyle Kuzma. Leading up to the draft, there was next to no talk of Mitchell at eight. Not by pundits and very little by fans. Looking back, I couldn’t find a single mock draft that had Mitchell that high.

In reality, the choice at the time was between three players: Frank Ntilikina, Dennis Smith Jr., and Malik Monk. Sometimes Lauri Markkanen was thrown in (which would’ve been incredible) but since he was gone by the seventh pick, that doesn’t really matter for our purposes.

So, let’s explore the possibilities of how the timeline could’ve played out if the Knicks’ brass had made a different decision that fateful day.

I’ll start with Malik Monk since he conceptually is the least complicated to figure out.

Monk has had quite the up-and-down first two years in the league, not unlike Frank (although Monk’s highs have been higher). He played in just 63 games his rookie year compared to 78 for Frank, despite Knicks fans online insistence that he’s been injury-prone since being drafted, and clearly hadn’t won the trust of his coach until about midway through this season.

According to Basketball-Reference, he actually played the majority of his minutes at point guard his rookie year (59% compared to 41% at the 2) but this year, with James Borrego understanding him better as a player than Steve Clifford did and with the addition of Tony Parker, he spent just 2% of his time as lead guard.

While he’s been inconsistent, Monk has shown flashes as a scorer, going for 20 or more points in 11 of his 136 career games, versus zero in 121 games for Ntilikina. He hasn’t offered much by way of playmaking or defense, but he wasn’t necessarily drafted in the top 10 to play defense.

It seems safe to say that if the Knicks had taken Monk in 2017, not much would’ve changed, either for the player or the team. Hornacek would’ve still played Jarrett Jack big minutes last season, Kristaps Porzingis would’ve still been traded to the Mavs for Smith this year, and fans would still be wondering if they’d tied their cart to the wrong prancing pony.

The only difference is this way we weren’t subjected to watching Trey Burke, Emmanuel Mudiay, Tim Hardaway Jr., and Malik Monk all shamelessly chuck for 48 minutes a night.

But what if the Knicks had taken Dennis Smith Jr. when they had the chance? This is where things start to get truly bizarre. Smith has had a notably better first two years than either of his draftmates and likely would’ve earned Hornacek’s trust much quicker than Ntilikina or Monk—after all, Hornacek, fresh off a tumultuous run with the Bledsoe-Dragic-Thomas Suns, had plenty of experience working with aggressive point guards who put pressure on the rim.

The real question is, would his “wow” factor be enough to convince Porzingis that the team was headed in the right direction? After all, there aren’t a lot of guard-big tandems that could match DSJ and KP in terms of sheer rim-rattling excitement.

But my guess is that Porzingis would be out the door regardless. Smith, while fun, is by no means a can’t-miss cornerstone prospect, and unless he and KP became just the best of BFFs—let’s call it a J.R. Smith-Steve Novak-style heterosexual life partnership-type bond—it seems unlikely his presence alone would sway the Latvian Lamenter to stay.

But would he still be a Maverick today? The Mavs were rumored to be enamored with Ntilikina before the draft (although they were also rumored to have spread that rumor so the Knicks would take him and not DSJ), so it’s possible the entire thing would play out exactly the same, except it would be Frank coming back in the trade instead of Smith.

I doubt it though. Ntilikina hasn’t shown enough to be the centerpiece in this kind of deal. Smith hasn’t either but he’s at least shown enough to make the deal palatable in conjunction with the picks and cap space. Given Dallas’ personnel predilections, it seems entirely possible it would be Zach Collins or Luke Kennard who was traded to the Knicks at the end of January.

Or maybe another team with the right combination of picks and expirings would have gotten in the race—say, the Utah Jazz, who have Derrick Favors and Kyle Korver on partial guarantees along with Ricky Rubio and Thabo Sefolosha on expirings. The one thing they don’t have is a young, promising prospect to put into the deal, but the idea of KP with Mitchell and Gobert is pretty mouth-watering.

Maybe Porzingis would be on Philly, with Markelle Fultz, Zhaire Smith, and J.J. Redick coming back, or the Kings or Suns for one-to-two of their many prospects and a few picks. Maybe Josh Richardson is the newest franchise building block while KP and Bam Adebayo go to work in South Beach. Truthfully, a Dennis Smith-Josh Richardson-Mitchell Robinson three-man core would be a pretty fun group to build around.

It’s hard not to think of the Frank Ntilikina selection as a sort of flashpoint for where the Knicks are today. Every franchise outside of the top five picks of the 2017 draft (four of the five if you count the Suns’ Josh Jackson misfire) would be changed in a real way if they had taken Donovan Mitchell, but none more so than the Knicks, who would have had a legitimate chance to keep their until-recently-beloved unicorn if they had been lucky enough to put another future superstar around him.