The Unlikely Hero: Dreaming of Doncic 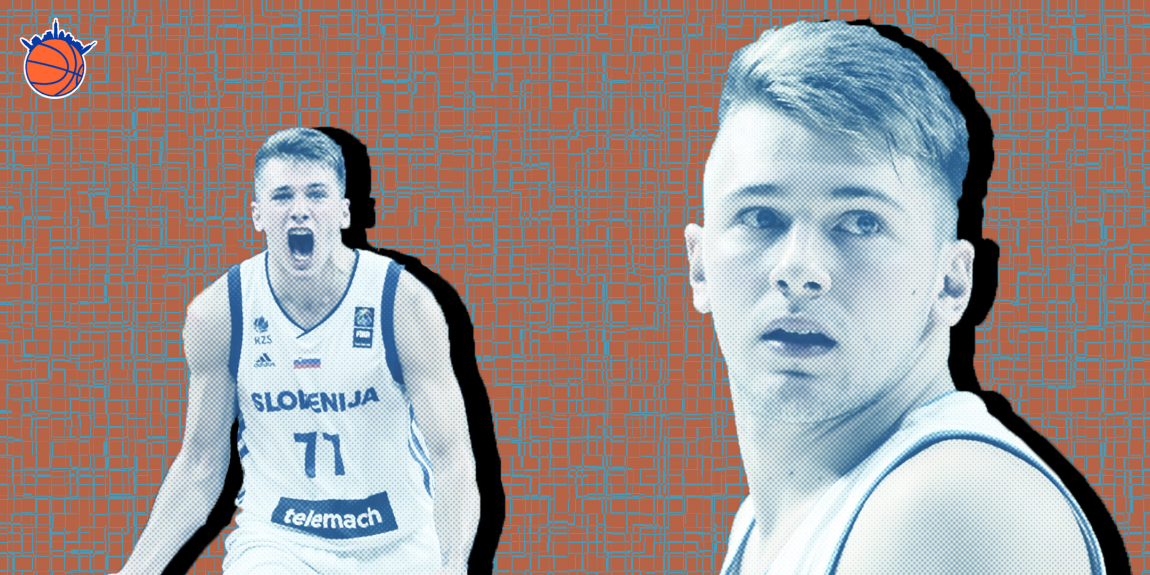 The odds are heavily stacked against the Knicks landing the consensus top prospect in this draft. What could he bring to the table should the Knicks get lucky?

Do miracles still exist? When’s the last time the Knicks won the lottery? Has James Dolan done anything stupid the past 12 months? Can the Russians hack the lottery? Those are my immediate Google searches upon watching tape on Luka Doncic.

Typically, European prospects carry a shadow of doubt. Despite the recent success stories of Kristaps Porzingis, Dario Saric, and Nikola Jokic, it seems that we always end up mentioning someone like Andrea Bargnani too. There is always this mystery of whether they can hang or not. There is no mystery to Luka. He is one of the best players walking God’s green earth and I dare you to tell me otherwise.

Covering draft prospects is dumb in the sense that regardless of who your team picks, you’ll talk yourself into the utopian-version of that player. When you watch Doncic, you don’t feel yourself jumping to conclusions. You just see greatness at work:

Big paws on a puppy. That’s the best way to describe Luka Doncic. He first held a basketball at seven months old. By the time he was 13, he was making game of his peers. At 16, he became the youngest player to debut for Real Madrid in the world’s second-best professional basketball league. These days, Doncic has doubled down on his domination. Not only has he played at a higher level than his peers, but his peers are adults.

This has led to an aurora of myth around him. He’s known in Slovenia as “Wonder Boy.” He backed up his nickname by helping Slovenia take the Gold in FIBA’s 2017 EuroBasket.

For the tournament he averaged 14.3 points, 8.1 rebounds, and 3.6 assists. The irony is that while Doncic played a major role, he played second fiddle to NBA All-Star Goran Dragic.

In that same tournament, Luka went head-to-head with our King Kristaps. He not only walked away with the W, but also praise from KP: “I don’t know any other European kid that plays at such a high level.”

This season at Real Madrid, he is averaging 15.1 points, 5.2 rebounds, and 4.6 assists. He has seen his minutes creep steadily with his play elevating at each step.

Walk-off game-winner from Luka Doncic, who finished with 24 PTS (7-for-12 FGs), 9 REBS, 4 AST and 7 TOV in 31 MIN. Not many 19-year-olds in the world comfortable taking and making that shot on the road in an atmosphere like Pionir. Looked every bit of a potential #1 pick tonight. pic.twitter.com/VyFAeuUL0S

I have no fear when I say that Luka Doncic will not be a bust. How can I be so sure? Let’s run the diagnostic.

Doncic’s greatest asset is his Professor X–level vision. Even if you’re not one for passing highlight videos—which is bananas, but to each his own—you can’t help but binge watch Doncic passing videos like it’s Season 4 of Breaking Bad.

Jernej Smolnikar, a coach from Slovenia who saw Doncic play when he was a child, can attest to this God-given talent:

“He always saw a pass that everybody else didn’t see or had the courage to shoot a step-back 3,” he told ESPN’s Mina Kimes. “For the first three years, he wasn’t able to do it … but you could see the talent in him.”

That talent proves devastating in the pick-and-rolls, where he becomes a migraine for the defense. At age 17, he generated 1.25 points per possession in the pick-and-roll, per Draft Express. That was good for seventh-best in international basketball. He does not have the speed to leave defenders in the dust,  Luka but makes up for it with feather-touch feeds. He can lull you to sleep with his handle or simply step back and hit one in your grill.

Envision a halfcourt offense with Luka on the wing, Frank up top, and Kristaps down low. The ball movement alone could have the Garden rocking nightly. His high I.Q. would fit seamlessly with KP and Frank who are also hardwood scholars in their own right. The Knicks have also sort of stolen the Spurs’ international blueprint. So far, they have gotten the generational big and their French point. With Luka they’d have the final piece of that blueprint—their Manu, so to speak.

Like Ginobili, Doncic can fit a pass just about anywhere. He also possess the prowess to draw fouls. One thing he does have that Manu never possessed was the height (6-foot-8) and weight (228 pounds) to be able to add some power to his finesse. Doncic’s versatility goes beyond playing either forward position. His whole playing style could shift from finesse against bigger guys to overpowering in favorable matchups.

The key area where Luka was able to gain a leg up is his competition. When you watch someone like Michael Porter’s AAU highlights, it can look like Will Smith balling for Bel-Air Academy. With Doncic, you see him playing with guys that have already played in the league. At Real Madrid, he plays with a good portion of former NBA guys, including former Knicks Chasson Randle and Anthony Randolph, in addition to a journeyman like Rudy Fernández. That has allowed him to mature his mindset and slow down the game even at its highest speeds.

That maturity has also shown itself beyond the box score. Igor Kokoskov, assistant coach for the Utah Jazz and coach for Slovenian national team, was amazed that the 19-year-old boy could be a leader of men, remarking, “Leadership and presence on the court—you can’t coach it.”

You also can’t coach size. One of the biggest knocks on both Frankie and KP during the pre-draft process was their bodies. They had the length to run with the big boys, but not the weight. Doncic is blessed enough to have both. He could start at the three on day one and slide to the four when needed. His strong rebounding also complements the rim protecting prowess of Porzingis.

So where are the chinks in his armor? There is no such thing as a perfect prospect, and as such, Doncic does have his slights. The biggest may be his quickness. He lacks a bit in that department, which can lead to blow-bys like this:

This Achilles heel—if we feel like getting a little dramatic—becomes salient when matched with elite wings and quicker guards. If Doncic were to come to New York, the Knicks would be well-equipped to mask this deficiency with Frank at the top and Porzingis in the paint. Still, there will be moments like the clip shown above where Doncic will be on an island and he might not have a life preserver.

His lack of burst also shows up on offense from time to time. Just how he could be matched up with a superior athlete on defense, he could be hampered by an athletic wing on offense. A majority of the elite wings can simply outrun and overpower you to the rim. Luka’s inability to do that could give him the case of the Carmelos, where he could settle for jumpers.

Since 2007, four teams ranked outside the top four have won the lottery. Two of the four were ranked ninth prior to the lottery: the 2008 Chicago Bulls and 2014 Cleveland Cavaliers. Couple that with the fact that the team with the best odds the last three seasons has won the lottery, and chaos is bound to ensue.

If you’re a believer in karma, then the dream of Luka Doncic donning a Knicks jersey could be less of a fantasy and more of a reality.

Sights and Sounds of the 2018 NBA Draft