Despite Popular Opinion, the 2020 Free Agent Class Aligns Well With the Knicks’ Needs 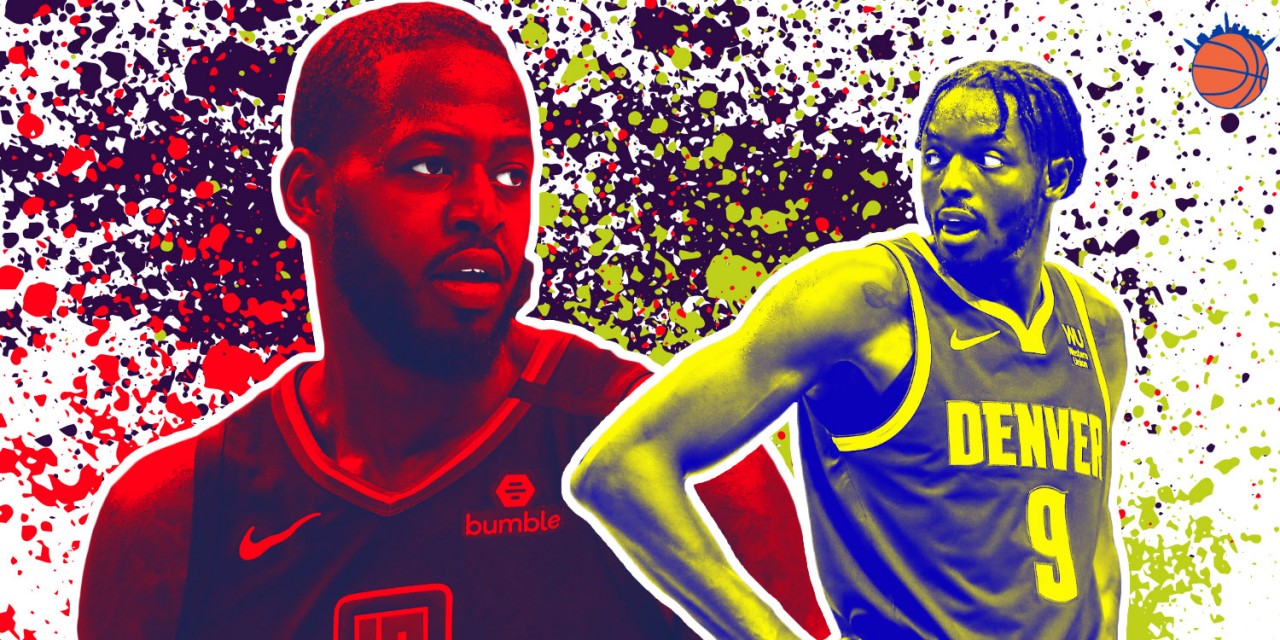 The 2020 NBA free agency class has long been heralded as star-less, minus a few exceptions, but there are high-level role players the Knicks could very well use.

One of the minor tweaks needed in basketball is the way we think about free agent classes. If several superstar players enter the market, we applaud it as a strong class. Anything else and the class is picked apart and scrutinized. The 2010 and 2021 classes are lauded; the 2016 class is seen as one of the worst in recent memory. The 2020 NBA free agent class is best described as “Anthony Davis and not much else.”

However, that’s an unfair statement. This free agency class doesn’t have the star power next year’s class offers, but it’s full of talented role players who can assist in raising the ceiling of several teams. For the New York Knicks, that’s the exact kind of market they need—one that allows them to remodel their roster and help raise the ceiling for the next three seasons.

For starters, this is going to be one of the weirdest markets in recent memory. Due to the COVID-19 pandemic, several teams will have tough decisions to make as the salary cap number is projected to drop for next season following league revenue taking a hit. Some teams will lose all of their cap space, while some teams, like Atlanta, Charlotte, and New York, will be able to use their financial power to entice players with big money over a few years.

Between a large amount of cap space, several needs on the roster, and a free agency class with a handful of talented players, this might be the perfect free agency class for a New York Knicks team that needs to take the next step.

The Knicks need everything

Let’s take a glimpse at New York’s statistics at the time of the NBA’s hiatus:

Despite having a fifth lottery selection in six seasons, the Knicks don’t have an identity in place, too. Having four head coaches in three years will do that for you, but the remodel of the roster has yielded nothing at the moment. Taking these numbers at face value—the Knicks were a below-average defense, they didn’t take a ton of threes, and missed the ones they did take and struggled in creating better, easier shots.

Last offseason’s class bared very little fruit. Taj Gibson is a veteran big who took a step forward attempting threes, while Reggie Bullock offers consistent shooting for the same price as the 10th overall pick in the draft. Both should be retained for the 2020–21 season. Everyone else feels expandable, which would open up a healthy amount of cap space and roster spots for this upcoming offseason.

A plethora of faces and names available

Let’s take a brief peek at some names available this offseason, based on the areas of need for New York.

With Mitchell Robinson patrolling the center position, the power forward for New York has to offer some semblance of balance on offense, in other words, shooting the ball. Julius Randle is a solid rebounder and offers a different look at as ball handler at the four, but he doesn’t shoot well enough from the outside. In turn, opposing teams packed the paint when both big men shared the floor.

Gallinari and Bertans feel like players who lead this tier, as both players are set to make upwards of $15 million this offseason. JaMychal Green and Jerami Grant are interesting fits. Green has two seasons with at least 38% shooting from three and while he’s a bit older (29), he’d be an ideal option if the Knicks weren’t able to part with Randle in a trade.

Grant would be another solid addition for a Knicks team who could use defense and floor spacing. In three of his last four seasons, Grant has shot over 37% from three-point range—and he’s only 25 years old. He makes a sizable wage with Denver, but New York’s available cap space and maybe a starting role if Randle is move could sway him to Madison Square Garden.

Similar to Robinson, R.J. Barrett is penned into one of the two wing positions on the perimeter next season. There are some positives there as a self-creator, slasher, and mid-range threat. However, Barrett’s biggest weakness was his shooting. Not only was his three-point shooting was poor (32.0%), but his free throw shooting was just as bad (61.4%), both of which suggest he may never become a good shooter. If that is the case, New York will need some shooting in the wing spot alongside the 20-year-old.

We’ll go more in-depth about Joe Harris next week, but one intriguing play for New York would be to pursue restricted free-agent wing Malik Beasley. With his season over, Beasley is heading into free agency with back-to-back seasons of at least 5.0 three-point attempts and over 38.0% three-point shooting. Oh, and he’s only 23 years old. An elite shooter between Barrett and Robinson would be an ideal grab this offseason.

The problem is that Beasley is going to cost New York a ton of money. Due to his restricted free-agency status, the Minnesota Timberwolves have the ability to match any and all offers sent Beasley’s way. It would have to take a four-year deal and upwards of $16 million to even test Minnesota’s resolve in matching. It would be a tough ask for New York, but Beasley might be worth it.

Balancing the cap sheet with talent on the roster

One criticism of attacking this free agency class is to save cap space, holding to land the likes of Giannis Antetokounmpo or Victor Oladipo next offseason. However, there are two problems with that idea.

The first is the idea of waiting to build until after acquiring the star. Much like New York moving Kristaps Porzingis to get rid of the contracts Tim Hardaway Jr. and Courtney Lee for Kevin Durant and Kyrie Irving, sometimes, you end up with nothing and when you walk in and out of a free agent class with nothing, losing seasons begin to pile up and the plan for contention gets pushed back another two seasons.

The second is simple: New York doesn’t offer the culture for a superstar to trust, nor has it for the better part of 20 years now. The 21-45 Knicks won’t attract anyone, but maybe, the 42-40 Knicks can in two or three years, maybe a stable head coach in place can build the right system in place to entice a star to join. Maybe Leon Rose can establish and rebuild the reputation of the Knicks after several questionable moves made by the franchise off the floor.

The Knicks can’t ignore free agency because they need to hit on a non-draft pick move. Whether that being someone like Kenny Atkinson taking the team the next level up as a coach, or landing a solid free agent who provides good value. The Knicks haven’t had a strong win in free agency since the likes of Tyson Chandler and J.R. Smith.

By not being named as one of the 22 teams selected to participate in the NBA restart in Orlando, their season is over. The offseason begins with other moves and ideas in place. After early criticism, the front office remodel has come along nicely to little fanfare. Now, the Knicks will have to figure out how to address their needs. With shooting and defense being a need, this free agency classes offers a bevy of different options that can both fit New York’s timeline and turn them into a modern three-point shooting team.

Hopefully, Rose and crew can avoid the mistakes made last season and attempt to modernize the roster with successful free agency moves.