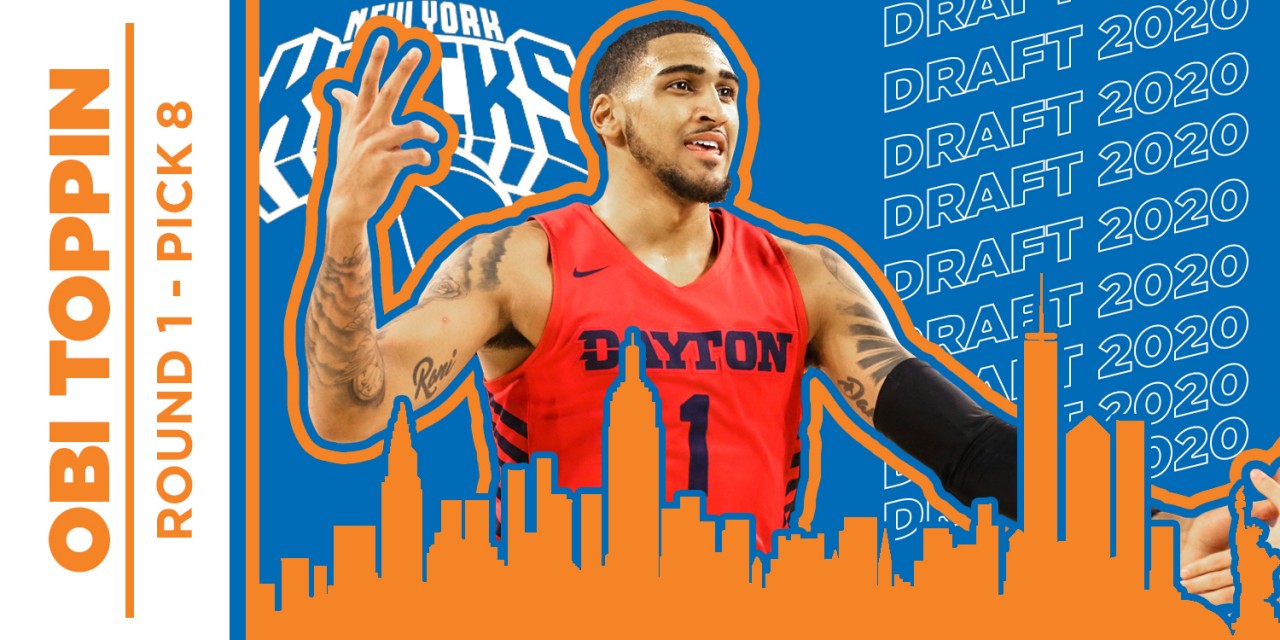 Obi Toppin is the Knicks’ man with the eighth overall pick in the 2020 NBA Draft. He’s a Brooklyn native with enticing athleticism.

The New York Knicks selected Dayton power forward Obi Toppin with the eighth overall pick in the 2020 NBA Draft. It was the first of three top-40 draft picks entering Wednesday’s all-virtual event, postponed numerous times due to the COVID-19 pandemic.

Toppin, who turned 22 years old earlier this year, is a Brooklyn native and attended high school in Florida before heading to Dayton. After redshirting his true freshman year, Toppin leapt onto the scene—literally—during his redshirt freshman season as one of the more potential-laden collegiate athletes. Last season, his sophomore campaign, he averaged 20.0 points, 7.5 rebounds, and 2.2 assists in 31.6 minutes per game.

Certainly one of the older players in the draft class, Toppin enters the Knicks as a returning New Yorker paired up with darling center Mitchell Robinson. Toppin has underrated passing chops and, along with Robinson, turns into one of the most athletic frontcourt duos in the NBA.

While shooting and guard play were two areas of immediate need going into the offseason, the way the draft shook out had the Knicks taking a big man at no. 8. The entire roster still needs revamping, but by selecting Toppin in the top 10, New York signaled they were more interested in getting the best prospect left on the board given their draw after the lottery.

Toppin is an interesting prospect who could end up sliding due to some real potential flaws. Defensively speaking, there are question marks regarding his liability on that side of the ball. Will his offensive ability alone be enough? That is the question. With comparisons such as Amar’e Stoudemire on offense and Jahlil Okafor on defense, teams will have to evaluate the risk profile.

The Knicks are at a turning point with the 2020–21 NBA season quickly approaching. It’s year one for new team president Leon Rose and his hand-picked head coach Tom Thibodeau, returning to the organization following his seven-year stint as an assistant in the late ’90s and early 2000s. Provided a glut of young players on the roster, the ‘Bockers are still waiting for one of their top picks to break out and prove to be a reliable star.

In the meantime, Obi Toppin will join the Knicks as the latest project while the team seeks to push the needle towards relevance.

Stay tuned to The Knicks Wall for more coverage of draft night, including reactions to the team’s picks. Check out every draft-related piece on our site here.