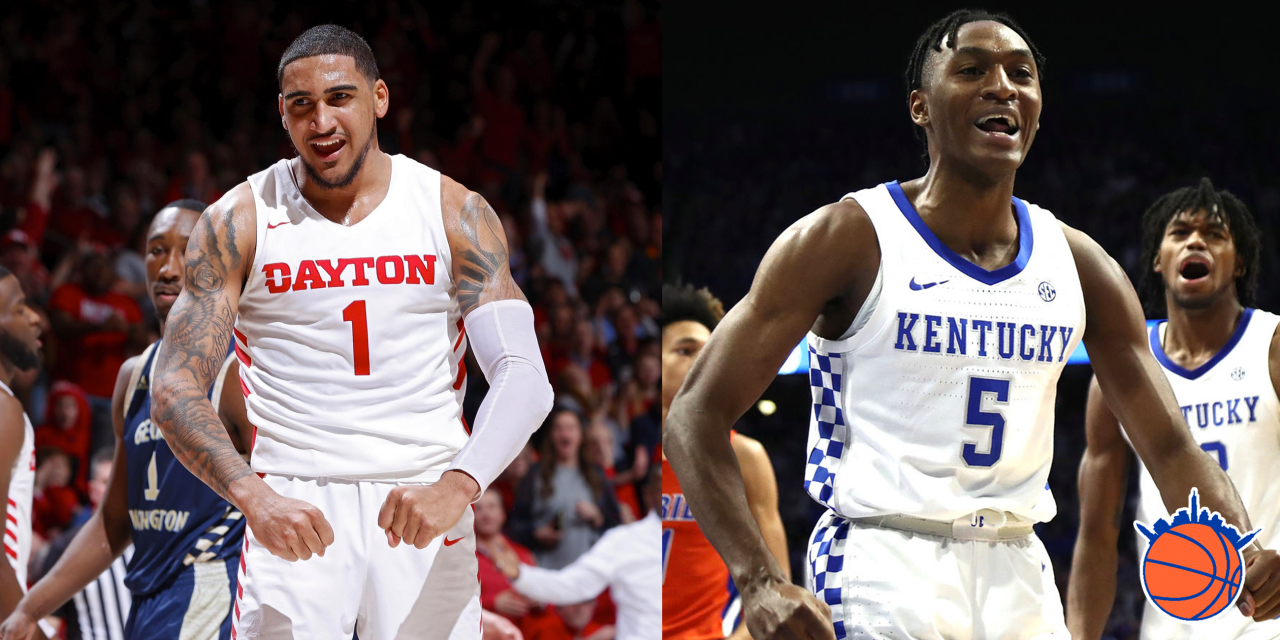 The Knicks moved up and then back down at the NBA Draft to select Kentucky guard Immanuel Quickley, a deadeye shooter with other questions around his game.

Quickley was acquired, alongside the 33rd overall pick, from the Minnesota Timberwolves after a draft day trade earlier today yielded the Knicks the 23rd pick from the Utah Jazz for pick nos. 27 and 38 (the former acquired in the Marcus Morris trade with the Los Angeles Clippers, the latter via the Charlotte Hornets).

Quickley, 21, is a 6-foot-3 undersized shooting guard who can shoot lights out from the perimeter, but practically every other aspect of his game has weaknesses. Trading up to take the Wildcat and former Kenny Payne understudy was immediately questioned by both draftniks and fans, who saw the move as a way to reunite Quickley with Payne in New York.

The Knicks entered the all-virtual event, pushed back multiple dates until November 18th, with two top-40 draft picks. Although they fell backwards two spots to no. 8 at the NBA Draft Lottery, the ‘Bockers were loaded with draft capital a year removed from selecting Duke product R.J. Barrett with the third overall pick. With the eighth overall pick on the same night, New York earlier selected Dayton forward Obi Toppin.

Ten hours before the draft, however, the Knicks traded two picks (nos. 27 and 38) to Utah to move up four spots in the first round at 23.

This week commenced the first offseason for new team president Leon Rose and new Knicks head coach Tom Thibodeau. The former Knicks assistant turned head coach after a 17-year sojourn was once represented by Rose’s CAA. Rose, in turn, is a first-time basketball executive after a distinguished career as a high-profile sports agent.

Under Rose through eight months in charge, the Knicks have revamped their front office, hiring Walt Perrin and Frank Zanin as assistant general managers while retaining Scott Perry as GM. Perry served under longtime Knicks/Madison Square Garden executive Steve Mills before Mills was relocated within the organization to a non-basketball operations position and Perry retained as GM for now. Furthermore, former Cleveland Cavaliers cap maestro Brock Aller was brought into the fold, too.

The Knicks are entering the 2020–21 NBA season as the first full season with Rose and Thibodeau when the league is starting Christmas Week with a planned shortened 72-game campaign with play-in tournaments for the final two seeds in both conference playoffs along with an All-Star break without an All-Star Game.

Additionally, the Knicks’ roster is a combination of players on their rookie deals and extremely flexible contracts for veterans such as Elfrid Payton, Taj Gibson, and Bobby Portis, all of whom have either team options at the start of the offseason moratorium (this weekend) or only partially guaranteed deals. Thus, Rose’s first offseason in the captain’s chair in New York could see much roster turnover, particular if the first-time executive is eyeing a big-time trade, like dealing for Houston Rockets star point guard Russell Westbrook.

Toppin could make an immediate impact. The 22-year-old is already rather polished on the offense end, making the Knicks’ 2020 NBA Draft top-10 selection an interesting one given the other projects picked around the consensus National College Player of the Year.

By the end of the night, the Knicks went home with two rookies on their roster with still plenty of shake-up expected, whether it be via free agency or the active trade market ahead of this very uncertain 2020–21 season. For now, Toppin and Quickley join New York’s young core of R.J. Barrett, Kevin Knox, Mitchell Robinson, Frank Ntilikina, Dennis Smith Jr., and Ignas Brazdeikis.

Ian Begley of SNY is reporting the Knicks “plan” to guarantee veteran swingman Reggie Bullock’s contract in 2020–21. Marc Berman of the New York Post confirms they will exercise the $2.4 option.

As expected, Knicks plan to exercise $4.2M option on swingman Reggie Bullock today. Is a no-brainer as 3 and D guy. Thibodeau likes defense and veterans. Bullock missed OTAs because girlfriend having twins, as we reported.