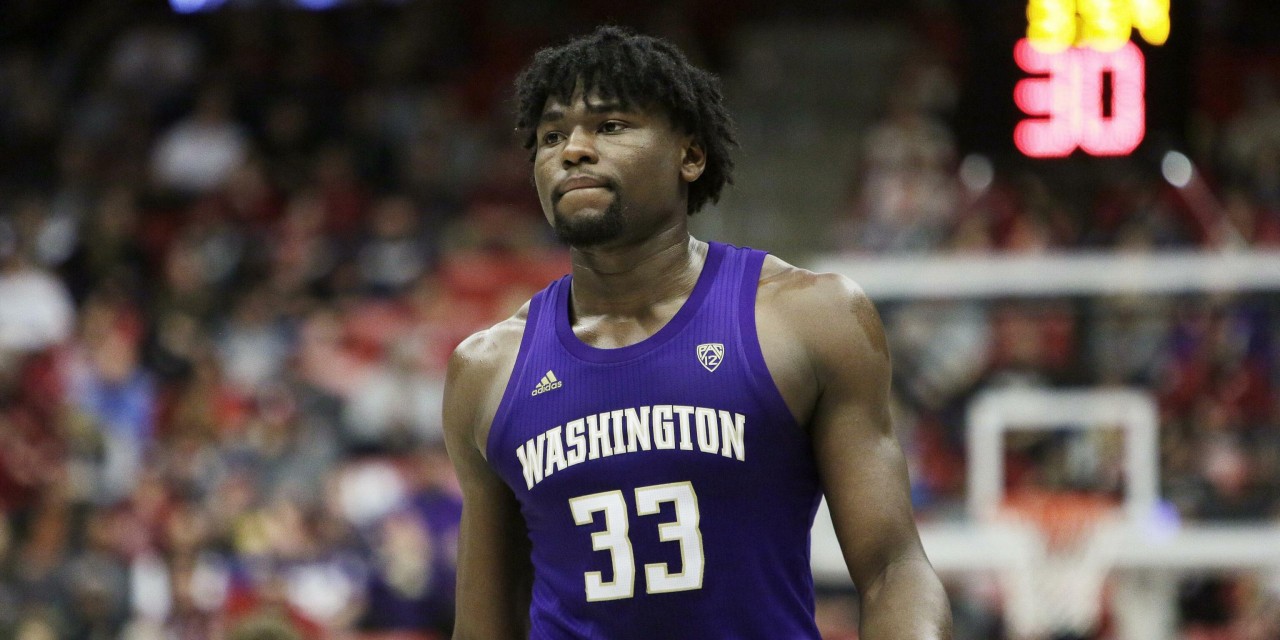 The Knicks are trading their two later draft picks to move up in the first round, potentially setting up a selection of a prospect they really like.

The New York Knicks have decided to trade up to the 23rd overall pick in the 2020 NBA Draft. According to Adrian Wojnarowski in ESPN, New York is sending pick nos. 27 and 38 for the Utah Jazz’s 23rd overall pick.

The Knicks now have the eighth and 23rd picks in the 2020 draft, which is being held virtually due to the coronavirus pandemic. Those two later picks (27 and 38) were originally earned from the Los Angeles Clippers at the 2020 trade deadline and the Charlotte Hornets at the 2018 deadline.

It’s a bold move on New York’s part given that they fell two spots in the lottery from six to eight. In recent days they have been linked to Washington forward Isaiah Stewart, a Rochester, New York, native who wore 33 in honor of Knicks great Patrick Ewing.

However, as Wojnarowski adds, the Knicks may use the 23rd pick to once again move up in the draft:

Moving up four spots to No. 23 strengthens the Knicks ability to package that and No. 8 to target a pick/player above them on the board tonight. https://t.co/pVq8xKr8HN

The 2020 draft class’s biggest names form one of the weakest groups of top prospects in recent memory. None of the players in the draft are firmly projected to be stars. The decision to move up, however, signals new Knicks president Leon Rose and the revamped front office are keen on a specific player or two in that area.

Coincidentally, The Knicks Wall’s Mike Cortez made nearly the exact trade in our third and final mock draft. Cortez sent the two same picks and the 2023 Dallas Mavericks first-round pick to move up to no. 23. In this case, he took another New York native, Memphis power forward Precious Achiuwa, from The Bronx, after the big man fell into the 20’s.

Chris Fedor of cleveland.com is reporting the Knicks, along with the Detroit Pistons and Boston Celtics, have called up the Cavaliers, who possess the fifth overall pick.

It should be quite interesting to see with whom the Knicks come away at 23—if they stay at that pick—given they sent two picks to move up in a “weak” draft class. While the team surely needs shooting and backcourt help, which could be prioritized at no. 8, maybe this pick will be used on the best player available.

This transaction marks the second straight year New York has made a move on draft day, as they moved up eight spots in the second round of the 2019 draft to nab Michigan’s Ignas Brazdeikis. It’s the first time since the 2015 draft—when New York traded away Tim Hardaway Jr. to the Atlanta Hawks for the 19th pick and selected Jerian Grant—that the Knicks are acquiring a first-round pick on draft day, however.

Knicks' official statement on trading up at the draft: pic.twitter.com/5bLk6i08Ic

This story is breaking and will be updated with more details.

Stay tuned to The Knicks Wall for more coverage of draft night, including reactions to the team’s picks. Check out every draft-related piece on our site here.

»READ: How the Knicks could successfully trade back in the 2020 NBA Draft