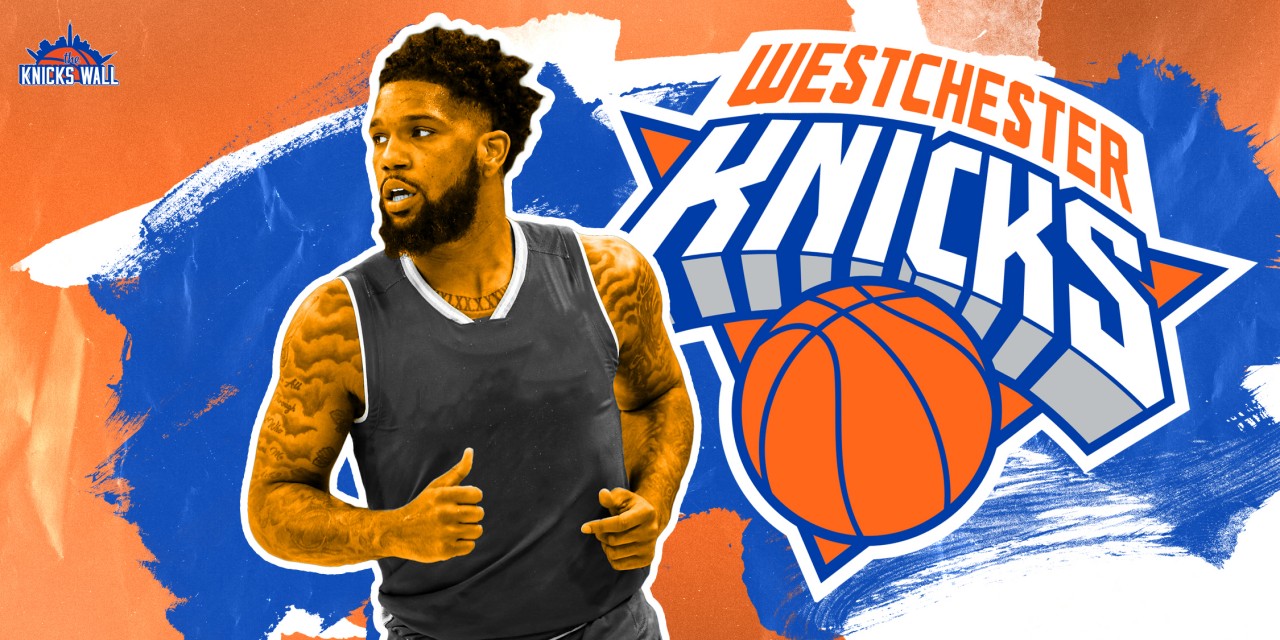 Westchester Knicks basketball is back! But this time they head to the G League’s bubble in Florida.

After extended speculation, NBA G League ball will return this year, with the season running February 10th until mid-March assuming no COVID-19 issues arise. Like the resumed portion of the NBA season in 2019–20, the league will be played in a bubble, located in Lake Buena Vista, Florida.

The Westchester Knicks will be one of 18 teams making the trek down to Florida to compete in a 15-game, tournament-style competition. Some teams have opted out due to the $400,000-$500,000 entry fee, per CBS Sports, but the new look DubKnicks will look to be one of top eight teams to advance to a single-elimination playoff beginning on March 8th, per GLeague.com.

Under Derrick Alston last season, Westchester struggled, posting a 17-24 record before the season was cut short due to the pandemic. Alston and company will run it back this season, with new assistant Jaren Jackson Sr.

Westchester kicks off their season on February 10th against the Indiana Pacers’ affiliate, the Fort Wayne Mad Ants.

Once A Wildcat, Always a Knick

The Knicks’ affinity for former Kentucky Wildcats is well-documented—they currently have four former BBN players currently on the roster in Julius Randle, Nerlens Noel, Kevin Knox, and Immanuel Quickley. The love for Kentucky extends to the G League and the DubKnicks, who will have two former Wildcat stars on the roster in Skal Labissiere, 24, and James Young, 25. Both Labissiere (28th overall in 2016) and Young (17th overall in 2014) were former first-round picks who have bounced around the NBA and the G League since being drafted, and haven’t been significant contributors any place they’ve been.

The 6-11 Labissiere was a five-star recruit coming out of his home country of Haiti and was even compared to former Wildcat Anthony Davis. Like many other John Calipari-coached players, Skal was one-and-done in Lexington and never exceeded more than 8.8 points per game in a season, per ESPN Stats.

James Young, a Flint, Michigan, native, also spent only one season at Kentucky. He broke the Wildcats freshman record for three-pointers made in a season with 82, per UK Web Archive. Young has enjoyed little success and continuity since then and now looks to jumpstart his career alongside Labissiere under the tutelage of Alston.

From Manhattan to Westchester

First reported by the New York Daily News‘ Stefan Bondy and later confirmed by Knicks PR, Ignas Brazdeikis and Dennis Smith, Jr. have been assigned to the Westchester Knicks and will be on the roster when the season begins in about a week.

Iggy’s demotion was not a surprise. He was on the roster for most of last year and has received minimal playing time this season, appearing in only four games and scoring a total of two points, per ESPN Stats. This is a stark difference from his excellent stat line in the G League last season, where he posted 20.9 points, 7.2 rebounds, and 3.1 assists, per Basketball-Reference. The 22-year-old has shown flashes of brilliance, but it is evident he needs to continue to improve before he can crack the rotation on the Big Boy Knicks.

The more surprising move was Smith’s assignment to the G League. At 23, the former lottery pick hasn’t lived up to expectations in the NBA and asked to play for Westchester to get consistent reps and work on his game. Smith has fallen out of New York’s rotation this season, appearing in only three games.

Give credit to Smith for having the self-awareness to recognize his flaws and the motivation to improve. No doubt, he will bring a jolt of energy and exceptional athleticism to Westchester.

One guy who can play his way back into the NBA with a great bubble performance is Myles Powell. Powell was an undrafted free agent from Seton Hall and was arguably a steal who could become a key piece of the Knicks roster. The 23-year-old finds himself on the G League roster, where he looks to make a name for himself on the professional level.

Powell’s strength is scoring, and he will get a tremendous opportunity to showcase that in the bubble as one of Westchester’s lead guards—similar to what we saw from Lamar Peters last season. Both Peters and Powell are similarly built southpaws who have swagger and can score in bunches.

Rounding out the roster in the backcourt are Bryce Brown, Tyler Hall, Jared Harper, and Tra-Deon Hollins.

Brown is a 6-foot-3 guard who played in the G League last season for the Maine Red Claws, averaging 16.1 points, 3.6 rebounds, 2.4 assists while shooting 42.4% shooting from beyond the arc, per NBA G League Stats. He played his college ball at Auburn and was a solid contributor on a Tigers team that went to the Final Four. The Georgia native is a sharpshooter who could play a key role on the team this season.

Hall was on the roster last season and, like Brown, he was capable from behind the arc, knocking down 91 threes during his first season out of Montana State, per NBA G League Stats. The 6’5″ guard looks to build on last year’s solid showing.

Like Brown, Jared Harper also played his college ball at Auburn. The two-way player spent time with the Phoenix Suns and in the G League with the Northern Arizona Suns. Harper can shoot the rock, and had a couple of huge performances for the Suns last year in the G League.

Finally, rounding out the guard rotation is Tra-Deon Hollins. The elder statesman of the guard lineup, Hollins has been in the G League since 2017. The Omaha, Nebraska, native is a versatile player who averaged 6.9 points, 7.9 assists, 3.6 rebounds, and 2.6 steals per game for the Grand Rapids Drive, per NBA G League Stats. The 25-year-old is more a floor general than an offensive threat, so expect Hollins to play a lot of point guard this upcoming season.

King was a former standout at Oregon, playing alongside former DubKnick Kenny Wooten. King is a local product from New Jersey who spent time with the Detroit Pistons and the Drive. King is viewed as raw but has the length and talent to be a threat from both down low and outside the paint. The 6’7″ King could be an x-factor in the upcoming bubble.

Patton will likely anchor the center position for Westchester and is one of the more experienced guys on the roster. The 23-year-old played his college ball at Creighton and has been the true definition of a journeyman in his young career, now playing for his fifth G League squad. Patton is more of a defensive threat but is a crafty finisher around the basket.

Shittu, a native of Canada, has only played one season in the G League but was a solid contributor for the Windy City Bulls, posting 12.3 points per game and making 57% of his buckets, per NBA G League Stats.

Finally, we have Andrew White, another experienced vet. White has bounced around the G League since 2017 after playing at three different colleges (Kansas, Nebraska, and Syracuse). White is 6-foot-7 and plays more outside than inside, drilling 39% of his threes last season, per NBA G League Stats. Expect White to get action in the bubble, as his veteran presence will be extremely valuable to a young team.