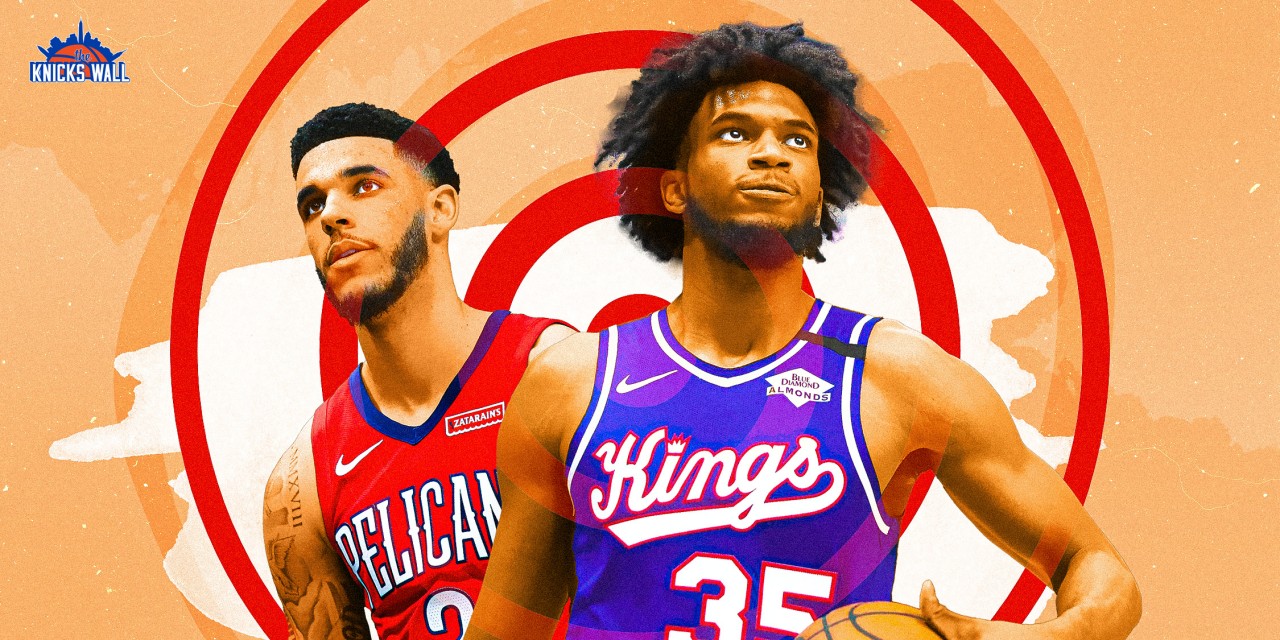 Trade season heated up last week when James Harden was dealt to Brooklyn. Now the Knicks might find their own suitable moves before March 25th.

The 2020–21 NBA season has seemingly just begun. Yet, we are just two months and change from the trade deadline, which league officials decided will fall on March 25. That means teams have around 90 days to shake up their roster before they’re forced to remain idle on the trade front until the offseason.

With nearly one-fourth of this unparalleled campaign in the books, the New York Knicks’ collective performance can be summarized as a roller coaster of highs and lows. After getting out to a sizzling 5-3 start behind their newfound effort and focus on the defensive end, the Knicks have cooled off considerably, losing five straight games before picking up a win on Sunday in Boston. This has been due chiefly to an egregious offense; the team averages the second-fewest points per game in the NBA at 101.3, behind only the Cleveland Cavaliers. Shot creation and three-point shooting stand out as two obtrusive weaknesses of this iteration of the Knicks. Chances are New York will promptly begin to explore trade scenarios to bolster their firepower in those areas.

Before diving into specific trade candidates and how they fit in orange and blue, it’s worth noting that there will be no stars mentioned in this piece; the Knicks do not occupy the assets necessary to orchestrate a blockbuster move. All of these players will be realistic options for which the Knicks can make solid offers. Without further deliberation, here are three names capable of aiding New York in their quest to reach the postseason for the first time since 2013.

This season marks Bagley’s third in the big leagues—all with the Sacramento Kings—yet he has just 87 career games under his belt. After an awe-inspiring and relatively injury-free rookie campaign that had NBA fans crowning him a future All-Star, a right foot impingement kept him sidelined for all but 13 games of his sophomore stint.

Fast forward to the current day, and Bagley is averaging a career-low in points, minutes, field goal percentage, and Win Shares so far in 2020–21. With Hassan Whiteside and Richaun Holmes monopolizing many of the available minutes at Sacramento’s big spots, Bagley’s role and usage rate on the Kings has diminished. Bagley needs a change of scenery, a fresh start where he can get more touches and play a defined role. New York can offer him just that.

Bagley presumably would come off the bench for the Knicks. Mitchell Robinson is the linchpin of New York’s revamped defense, and Julius Randle has been playing at an All-Star level thus far. But Bagley could thrive in an Alec Burks–like super-reserve role. He’s a polished post player with an impressive faceup repertoire to boot, meaning Bagley is more than capable of creating his own shot. Not to mention he can take slow-footed defenders off the bounce using his unique quickness for a frontcourt talent. Bagley is a fearless three-level scorer whose skill set would add a much-needed dimension to the Knicks’ non-lethal bench unit.

A trade package consisting of Nerlens Noel (who can’t be traded until February 23rd since he was signed in the offseason), Frank Ntilikina, and draft compensation should be enough to, at the very least, stir up preliminary talks with the Kings. Sacramento, a team notoriously subpar at preventing scores, would be bringing in two vets who make their presence felt defensively; they would also be gifted additional picks to use on players who are optimal fits alongside their backcourt of De’Aaron Fox and Tyrese Haliburton. The writing is on the wall that the Bagley-Kings experiment has run its course. Bagley still has plenty of upside remaining, and New York capitalizing on his all-time low trade value could reap awesome rewards down the line.

A career 38.1% three-point shooter on 5.3 attempts per game, 22-year-old Kevin Huerter can shoot the lights out. Long-range marksmanship is Huerter’s defining attribute—with unlimited range, a lightning-quick trigger, and the capacity to shoot off the bounce, Huerter is able to catch fire at a moment’s notice. It’s no coincidence that his hair is red.

While Huerter is a gunner first and foremost, shooting alone doesn’t nearly encapsulate his well-rounded NBA toolbox. Huerter has functioned as an effective secondary playmaker alongside Trae Young. He ranks in the 84th percentile among all wings in assist percentage this season, per Cleaning the Glass. Huerter, with his underrated vision and passing instincts, can be relied upon to run the show for a few plays a game. An orchestrator of Huerter’s caliber, who can make solid reads as a pick-and-roll ball-handler, could, theoretically, lighten the burden placed on R.J. Barrett and Elfrid Payton to create for the starters (yes, Huerter would start for the Knicks over Reggie Bullock, which should go without saying).

Along with upper-echelon playmaking and perimeter shooting skills, the Knicks would acquire an adequate off-ball defender in Huerter. Currently coming up with a career-best 1.1 takeaways per game, Huerter wreaks havoc in passing lanes by using his reach to cause deflections, which often ignites fastbreak chances. According to Cleaning the Glass, the Hawks have scored 14.4 points per 100 steal-fastbreak sequences with Huerter on the floor this season, which slots him at the 82nd percentile. For a Knicks offense that oftentimes suffers from stagnation in the halfcourt, Huerter’s expertise in jumpstarting open court scores could prove invaluable.

Huerter is a two-way talent who has yet to scratch the surface of his full potential. While the Knicks shouldn’t mortgage the house for his services, relinquishing a heavily protected first-rounder would be immaterial in the grand scheme of things and well worth the prize that is Kevin Huerter.

The rationale behind trading for Lonzo Ball has already been discussed at length in this space. Be sure to check out Mike Cortez’s piece that presents an in-depth view of how Ball can augment nearly the entire roster’s offensive production.

There’s one traditional point guard on the Knicks, Payton, a player who fans have clamored to be benched in place of rookie Immanuel Quickley. Considering it seems only a matter of time before Payton is relegated to a bench role, why not take a flier on one of the most exceptional passers this league has to offer? Julius Randle is the only other Knick currently averaging an excess of four dimes nightly and Quickley alone cannot equate Payton’s playmaking wizardry.

Ball is capable of usurping Randle as New York’s assist leader, regardless of whether he’s coming off the pine or not. A high screen-and-roll savant who makes timely pin-point passes to the roll man, Ball is wonderful at setting up rollers for point-blank finishes; he is generating 0.85 points per possession as the pick-and-roll ballhandler. There’s no doubt his presence would make life easier for rim-runners Mitchell Robinson and Nerlens Noel. Additionally, Ball is adept at finding teammates ahead of the defense with his incredibly on-target outlet passes. Barrett, an already dangerous transition threat, could reach another level on the break with Ball as his running mate.

Ball is a shaky and sometimes a passive scorer, but he does just about everything else from the floor general spot at a high level. He grabs rebounds regularly (76th percentile in defensive rebound percentage, per Cleaning the Glass), harasses perimeter players on defense (87th percentile in block percentage), and boasts a great feel for the game, meaning he seldom forces shots. He’s the type of player that’s an ideal fit for Thibodeau’s hard-nosed philosophy—Ball is a gamer and willing to do whatever it takes on both ends to win.

Assuming New York can obtain him for a highly protected first-rounder and salary filler, a Knicks–Lonzo Ball marriage makes sense for both sides. Ball will only help achieve Coach Thibodeau’s long-standing goal for New York’s offense to play with constant and fluid ball movement.

»READ: The early returns on Leon Rose’s free agency class have been great for the Knicks

»READ: To trade or not to trade: The Alec Burks conundrum

»READ: Superstar extensions might be a blessing in disguise for the Knicks