The “U up?” Shoot your Shot Shirt

Kristaps Porzingis has started off this season shooting lights out from all parts of the court. While a good shooter during his first two years in the league, something happened that altered his game forever. And no, it’s not Carmelo Anthony’s departure to the Oklahoma City Thunder.

Let’s face it folks, KP’s field goal percentage is off the chain, on and off the courts. We’re celebrating at The Knicks Wall with the official “U Up” shirt.

Keep shooting Kristaps. Spray-and-Pray has worked marvelously in the past and you’re proving that the tactic shouldn’t go out of style anytime soon. 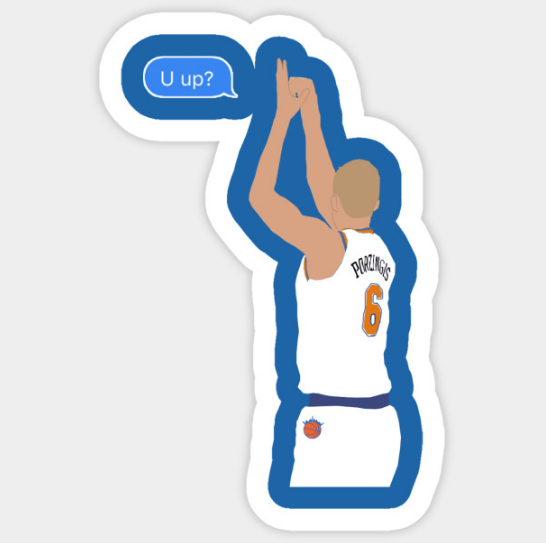