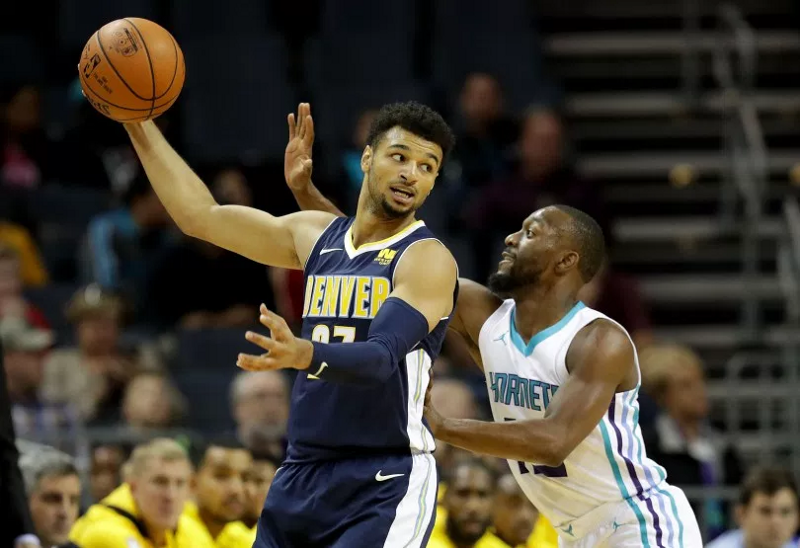 It’s the first time these two teams play without Carmelo Anthony on either roster since 2003.

When a shooter gets into a slump, the only way they get out of it is to simply keep shooting. We’ve been ranting and bemoaning about Tim Hardaway Jr.’s shooting woes since the beginning of the season. And he couldn’t have come alive at a more opportune time.

The Denver Nuggets are one of the league’s most interesting young teams. They come to New York boasting their own two-win road streak, featuring the hot-handed duo of Gary Harris and Jamal Murray. They also added the underappreciated Paul Millsap to the frontcourt to help with defense and rebounding. With a high flyer as their sixth man, it’s no wonder they ranked high on Zach Lowe’s watchability list this season.

When it comes to three-point shooters, the Knicks have struggled immensely over the past few… well, a long time. Lately, the team has looked better at closing out on the perimeter, however, Denver’s Gary Harris and Jamal Murray are two young guards with quick releases. Harris, in particular, is attempting five shots per game from long distance. He’s hitting them at almost 47 percent through six games. The upside is that our guards are steadily improving at fighting through screens, and they will inevitably have to be quicker at switching in order to disrupt the kick-outs that Harris and Murray will get from Millsap. (The downside is New York’s perimeter players will likely be fatigued from containing LeBron & co. just last night.)

There’s a certain section of NBA Twitter that salivates over Jokic doing anything. If you’re in tune with social media, then you know exactly the type of people I’m referring to. Surely, Jokic is a great center. I’m a fan of his court vision. He has the skill set of an Arvydas Sabons/Vlade Divac lab-created hybrid. However, as a whole player, KP continues to have the edge.

Although KP will be mostly matched up with Millsap at the four, he’s going to see Jokic at the rim — especially in those short stretches when Enes Kanter is off the floor. Because of the length inside (Jokic, Millsap, and Wilson Chandler), the Nuggets are one of the better defensive teams in the league right now. They’re holding opponents to a 43.3 shooting percentage, while the Knicks are right alongside them defensively (NY’s actually 10th in the NBA, keeping opponents scoring at 101.4 points per game and Denver’s close with 102.5). This is a stingy defense that could overwhelm the squad by just hitting the boards and creating second-chance opportunities. Jokic is a huge key in that.

Porzingis’ upside in this match up versus a powerful inside duo would be to get to the line as often as possible. KP is getting to the line seven times per game. He’s had 36 attempts in five games. That’s not bad given it’s his first year playing the four full time. But playing against the Nuggets, this is a situation where his teammates should get him the ball down on the block at the right time and let him post up Jokic and Millsap. As exciting as it is to see KP hit those threes from the Concourse, I’d rather him go hard inside and draw a foul. When it comes down to close games, two free points just seem smarter to chase than chucking up a three that’s short or too strong, which we’ve seen lately.

The other thing worth noting is that Courtney Lee has looked very active in the offense lately. Perhaps he’s doing more to up his trade value for the season, scoring 10.8 points per game on 53.3 True Shooting Percentage (per Basketball-Reference). As a huge supporter of the Lee signing from day one, it’s great to see him aggressive and running the floor. He’s been fluctuating between the two and three spot so expect Harris and Murray to have a tough time getting hot under Courtney’s presence.

The Knicks return to the Garden with their confidence sky-high after slaying the Dragon in his lair. Now isn’t the time to fall victim to a hangover. The Nuggets are an evenly matched squad at several positions. The difference maker will come down to rebounding and carrying that consistency into a tough back-to-back.