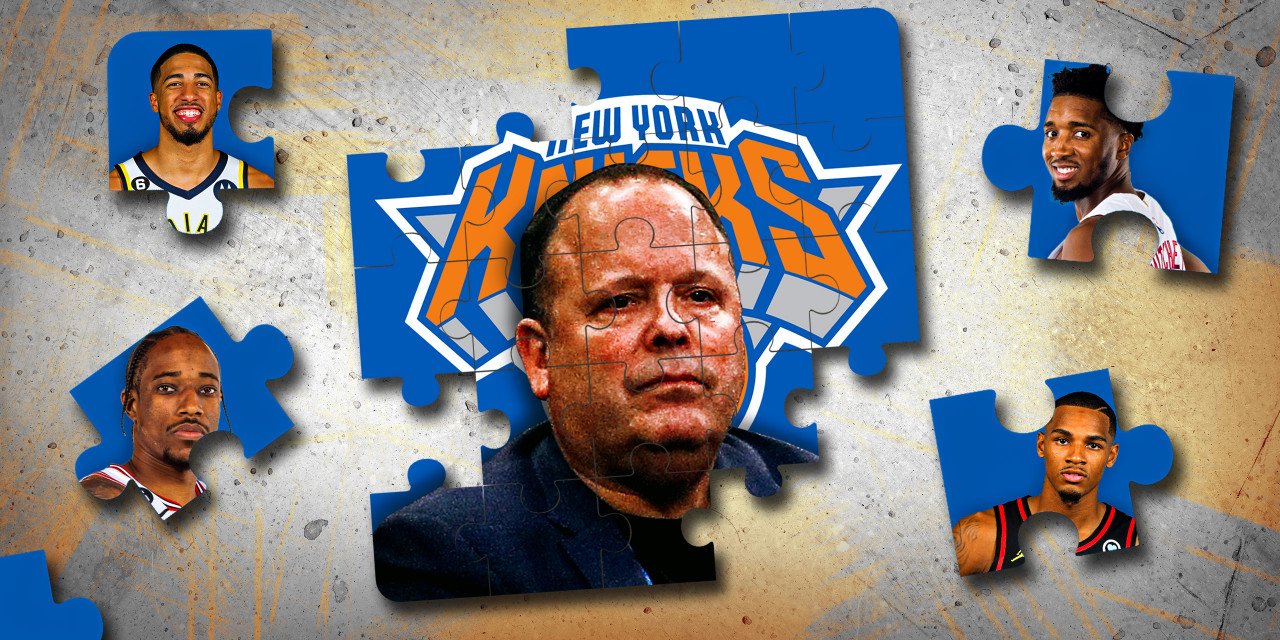 The Leon Rose era in New York has been marked by good draft picks, hit-or-miss signings, and a lot of front-office additions. What does it all add up to?

Now that we’re a few weeks into the season and the Knicks once again look mediocre there’s no better time than the present to wonder why this team hasn’t gotten better as a whole in the third year of this current stewardship. With the recent rumors going around that the Knicks are once again “stockpiling” assets to land a megastar after already trying to do that and failing on at least one occasion, Leon Rose’s team is gearing up for another season of rumors and speculation. While we wait and see how the Knicks maneuver let’s look back at what this current front office has done — and hasn’t done.

In his first draft as president of the New York Knicks Leon Rose selected standout power forward and national college player of the year with the 8th pick in the 2020 NBA draft. On the surface, who could blame him? Toppin was an excellent college player and New York native with a legendary pedigree with dreams of playing for his home team. It seemed like a match made in heaven. The only problem was Toppin didn’t fill a need because the Knicks had already signed Julius Randle the previous summer. There were more pressing issues at the bottomless pit that was the point guard position at the time. This would be the first time the Knicks would miss their opportunity to acquire Tyrese Haliburton.

Instead of drafting the would-be stud as the lead guard the Knicks later opted for the ill-fated homecoming of Kemba Walker, it was all bad though as Walker had a tiny stretch of good games culminating with the first-ever Knick Christmas Day triple-double. Walker’s tenure for his town team would be cut short after being shut down in February and subsequently traded to the Detroit Pistons on draft night.

The Knicks would later squander their second chance at landing Haliburton at the 2022 trade deadline by not even making an offer to the Sacramento Kings who ultimately shipped their 2020 lottery pick to the Indiana Pacers. At the time of the deadline, New York sat with a record of 19-31 with a chance to salvage their season but made no moves to improve their roster, effectively punting on the campaign; New York would go 1-9 in the month of February.

In the summer of 2021, the Knicks also decided to re-up with Derrick Rose for three more years. At the time a questionable decision due to his health and age. In the first year of his new deal, Rose had to sit out most of the season after nagging injuries that ultimately lead to double ankle surgeries cementing his fate in February. Rose has been a positive veteran presence with many of the younger players gravitating to him. His history with Thibodeau has certainly garnered him some favor in New York, but with the uncertainty of his current role and the slow start of the whole team, according to the former MVP he’s “in the unknown”. Rose might be the one veteran who has some sort of trade value if the Knicks choose to go that route.

that same summer of 2021, the Knicks also decided to resign both Nerlens Noel and Alec Burks to three-year contracts. Just a year later these two players would also be traded to the Detroit Pistons in an apparent salary dump. After both Kemba Walker and Derrick Rose went down with injuries Burks was the mainstay at point guard to disastrous effects. While Burks and Noel were catalysts in Knicks’ 2020 run they had outlived their usefulness on this team with the draft selections of Immanuel Quickley and Obi Toppin who in their third years have since become significant role players on the Knicks. Rose can claim the 2020 draft as one of the few feathers in his cap.

After failing to recapture the magic of 2020 in a disappointing 2021 season the Knicks were at a crossroads that summer. After not re-signing Reggie Bullock they were in search of a new starting two-guard. It was Leon Rose’s first big free agency period and a chance to retool for the 2021-22 season. While there were plenty of viable options, most notably five-time NBA all-star DeMar DeRozen, the Knicks opted for Evan Fournier. The results couldn’t be worse. DeRozen had already been recognized as one of the elite scorers in the NBA and has averaged over 20 points per game going on a decade. In his first season in Chicago DeRozan earned an all-star nod and this season is currently averaging 23.9 points per game on 50.9% shooting from the field. On the other hand, In his second year in New York Fournier has already lost his starting job to Quentin Grimes who is playing limited minutes, and now Cam Reddish who to his credit has stepped played well after an injury-plagued first season filled with uncertainty if he would have a role going forward.

Leon Rose’s biggest crime to date has been the failure to deliver a star to New York. Touted as a big-time agent with connections it’s been anything but. Rose’s latest foible happened this past summer famously failing to land Donovan Mitchell. After months of being connected to the all-star, who’s looking every bit of an MVP candidate these days for the Cleveland Cavaliers the Knicks are sputtering around at the shooting guard position with no clear-cut starter the position. In what was probably the most important trade negotiations since the Carmelo Anthony trade, Rose would dispatch consultant Gersson Rosas to try and get that deal done. The decision to have an adjacent member of the front office involved in deals is being swept under the rug, especially for someone with a questionable past like Rosas.

The first three seasons of Leon Rose’s reign have left much to be desired but he has been some good. His first two drafts have been successful and he has accumulated a number of first-round picks for future deals and drafts. He signed resigned both RJ Barrett and Mitchell Robinson and most notably signed Jalen Brunson who has been as good as advertised and he’s become the team’s franchise point guard. Rose still has plenty of work to do though as the Knicks still can’t get out of their own way.

»Read: The Knicks Give Their Deep Bench A shot

»Read: The Anomaly: What to Make of the Knicks Wonky Play