After Missing Out on Zion, RJ Barrett Is a Nice Consolation Prize for the Knicks 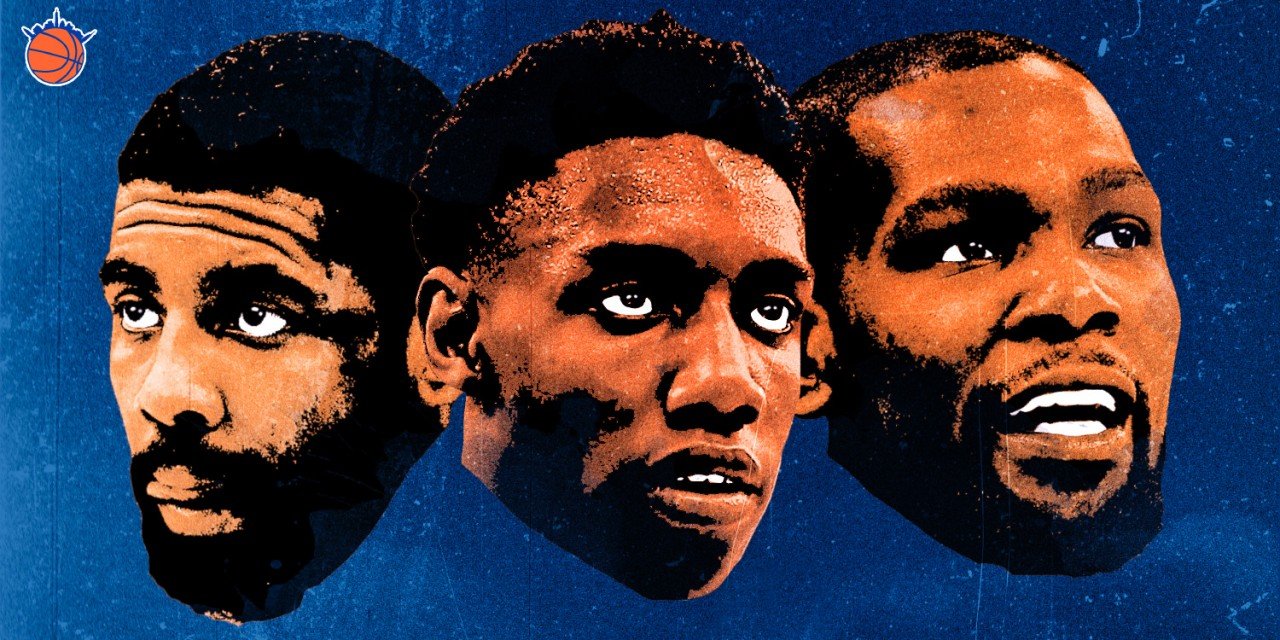 Contrary to popular belief, not winning the lottery isn’t the end of the world for the Knicks. On the bright side, RJ Barrett is a great fit next to free agent targets.

The Zion Williamson sweepstakes have come and gone. Much to the chagrin of Knicks fans, this decade’s most intriguing NBA prospect will be, barring some type of Daenerys Targaryen-esque bout of madness, a New Orleans Pelican.

But despite the overwhelming groans of despair from the majority of Knicks fans, not all is lost at Madison Square Garden. If anything, Knicks fans should be happy with the way the offseason has begun.

For starters, they’re the only team of the top-four lottery teams to not fall out of said top four. They have their highest lottery pick since 1985, when they drafted Patrick Ewing first overall. It looks like 33 gave the Knicks some good luck on the dais, after all.

And in what is widely considered a three-player draft—which will more likely than not prove to be untrue—the Knicks earned themselves a top-three pick. Sure it was the third pick, but it also wasn’t the fourth. Silver linings only here, people.

With Zion unequivocally pegged as the first overall pick, it appears Ja Morant, the Murray State phenom, will go number two overall to the Memphis Grizzlies. That leaves Williamson’s teammate at Duke, R.J. Barrett, the consensus pick for third overall.

Short of a trade materializing, you can bet the house that Barrett will be donning the orange and blue next season. And for those upset about missing out on Zion, his ex-teammate is a hell of a consolation.

R.J. Barrett’s Fit on the Knicks

Let’s get one thing straight before proceeding—Williamson is the better prospect than Barrett. His ceiling is the roof (a good thing, according to Michael Jordan), and he has the potential to be a transcendent talent in the NBA.

Let’s not forget a mere nine months ago, however, Barrett was considered the best overall prospect in the projected 2019 draft class. He was supposed to go first overall. But Zion kept Zion-ing, and Barrett—arguably the best player on Duke last season—was left as an afterthought. Batman got demoted to Robin, if you will.

But with a Knicks team that could hopefully feature a couple of All-Star players, Barrett might be a blessing in disguise for the potentially win-now 2019–20 Knicks squad.

We typically don’t like to speak in free agency hypotheticals here at The Knicks Wall because we, well, cover the Knicks, who have a pretty solid track record of underwhelming (to put it lightly) in the offseason. But it’s hard to avoid doing so when it comes to this July. For the first time in, like, ever, the Knicks have a legitimate shot at landing two of the top free agents of the offseason in the supposed package duo of Kevin Durant and Kyrie Irving. Not only do they have a puncher’s chance, but most around the league think it’s already a done deal. You know, cross some T’s (or K’s) and dot some I’s.

With those two potentially coming on board, a wing player like Barrett—who averaged 22.6 points, 7.6 rebounds, and 4.3 assists playing next two other lottery picks in Williamson and Cam Reddish—could give the Knicks a plug-and-play starter who fits what head coach David Fizdale likes to do on offense.

The 6-foot-7 Barrett can handle the ball in transition, play a little point guard in the half court, defend 1-3 (or 4, depending on the matchup), and shoot from the outside. And unlike Williamson—who, if used to his potential, is likely to project as a point forward/center—he doesn’t need the ball in hands to be effective. In other words, he can play off-the-ball next to the ball-dominant Irving, and the isolation wizard Kevin Durant.

R.J.’s attitude encapsulated in one quote.

When @ShamsCharania asked him what he needs to work on to be successful at the next level, Barrett had a simple response:

Barrett is also the more polished player at this point in his career. While his three-point and free throw shooting leave some to be desired—he shot 30.8% and 66.5% from those spots, respectively—he’s shown a knack for knocking down open shots, which bodes well for a situation in which he’s the third or fourth option. And his ability to distribute the ball at his size makes him a perfect secondary playmaker, especially in the open court.

His length and athleticism provide an instant upgrade to one of the Knicks’ biggest issues last season—perimeter defense. Teams shot 47.1% against New York last year, a number they certainly hope decreases in year two of the Fizdale era.

A potential starting lineup of Irving, Barrett, Durant, Kevin Knox, and Mitchell Robinson would give the Knicks a lengthy, versatile unit on both ends of the court. With four of the five starters standing 6’7” or taller, the Knicks would have the ability to switch at a whim on defense while playing a spaced-out, heavy pick-and-roll style on offense. They’ll have four different players with the ability to handle the ball, while Mitchell Robinson does that thing where he rolls to the rim and catches lobs over and over again.

And with how creative Fizdale can get on offense, don’t be surprised to see three, maybe four-guard lineups out on the floor, with Durant playing the de facto 5. Barrett’s length and height allows him to do just that.

Make no mistakes—it sucks that we lost out on a transcendent talent in the first year of a new lottery format. Especially one who actually wanted to play in New York.

But with one of the biggest free agencies in NBA history coming up—one that includes a seven-foot scoring machine who is a transcendent player himself—R.J. Barrett certainly isn’t a bad consolation prize. The only question at this point is whether or not the Knicks package the pick in a trade.

It’s going to be an interesting offseason, either way.