Alec Burks, Bench Save Knicks From Embarrassment in Detroit 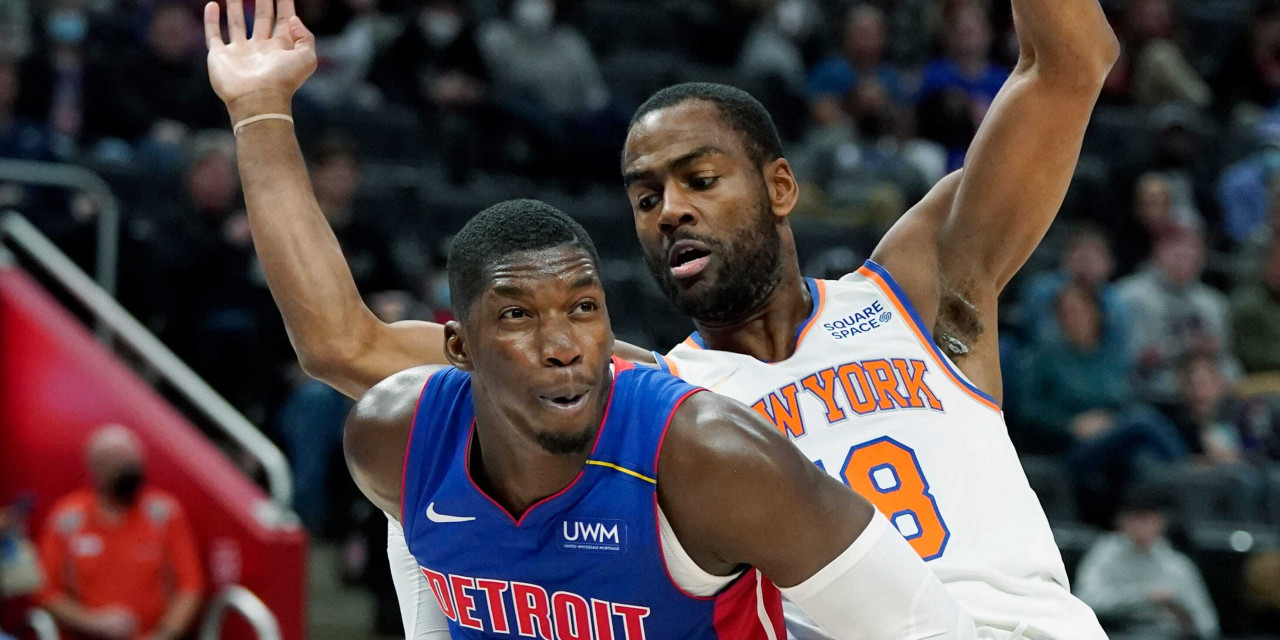 One of the more putrid showings from New York’s starters on Wednesday was overcome by Alec Burks and the bench against the lowly Pistons in the Knicks’ third straight win.

The New York Knicks (17-18) defeated the Detroit Pistons (5-28) by a final score of 94-85 on Wednesday night in the Motor City. It was the bench show for the Knicks with Alec Burks scoring 34 points—19 in the fourth quarter—and four rebounds, while Immanuel Quickley had 18 points off the pine. For the Pistons, Hamidou Diallo finished with 31 points and 13 rebounds, while Saddiq Bey finished with 32 points, nine rebounds and six made threes.

The night started with some good news, Quentin Grimes got his first career start as a professional, due to Evan Fournier being a late scratch. Grimes has played well in his last few games, so this was huge for the rookie and where he ranks among Tom Thibodeau’s pecking order. As a viewer, I think it’s safe to say we needed a bit of a break from watching New York’s current starting lineup.

With the Pistons missing several players in their rotation, and several G League talents in their place, it looked like the Knicks would come out and handle business. That did not happen. New York got off to a slow start, but the Pistons got off to an even slower start, not registering their first points until the 7:13 mark in the first quarter. RJ Barrett got off to a fast start, making a few jumpers, and started feeling out the Detroit defense with some probing drives.

On the other side, Bey had a heck of a first half, launching threes and making life difficult for the New York defense. The Pistons offense was poor, but Bey did a good job of keeping Detroit in reaching distance throughout the first half. New York entered the half with the lead, but the third quarter was everything that has matched this Knicks season—pain.

Julius Randle, who had an uneven first half, was a disaster in the third. Poor decision-making, even called out on the home telecast, matched with an attitude that seemed uninterested in it all. It was a rough watch as Detroit turned several Knicks turnovers into baskets. For a team with several G League talents and multiple players missing out of their rotation, the Pistons essentially outworked New York for the majority of the third quarter.

Most of the credit should go to Hamidou Diallo, who went crazy in that period. New York didn’t seem to have an answer for stopping Diallo from attacking the basket and getting to the rim. Guys like Derrick Walton Jr. and Luka Garza made cameos in the third—Walton got solid looks at the rim, Garza made things difficult on the glass—but it was Diallo’s constant pressure on offense that was key in giving Detroit a sizable lead midway through the third.

So much for a near double-digit victory, right? The bench unit shined once again. The unit of Immanuel Quickley, Miles “Deuce” McBride, Alec Burks, Obi Toppin, and Taj Gibson was crucial in getting New York back into the game with a solid cap to the third quarter, and then, held Detroit scoreless until the 8:01 mark in the fourth. Burks’ timely shooting and Gibson’s veteran savvy as a ball-mover and defender in the middle of the floor were key. That five-man unit played the entire fourth quarter and the last few minutes of the third, too.

A win is a win, but this was a nasty game from the beginning to the end. Honestly, this was a microcosm of the Knicks season and I don’t know how to feel about that. The Knicks are just winning games, and that’ll result in a rise in the standings, but this is some ugly basketball. Consider me not a fan.

Up next: The Knicks continue their four-game road trip and try to shake off that ugly showing with a Friday matchup in Oklahoma City.