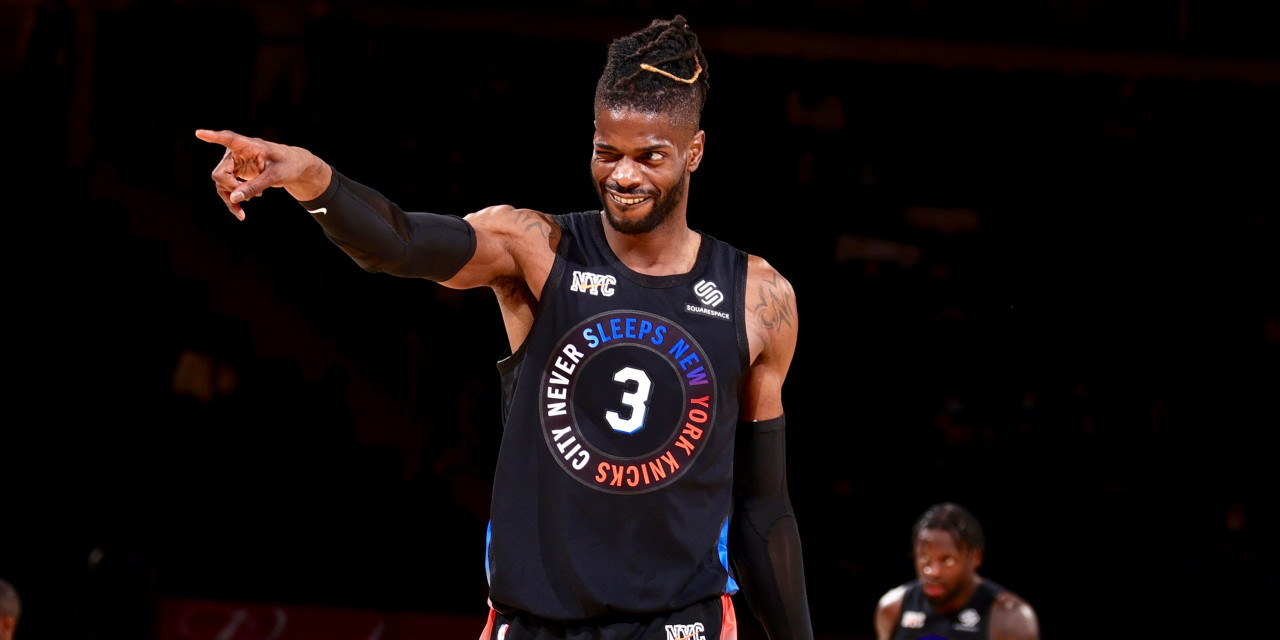 The Knicks agreed to ink new, three-year deals with veterans in guard Alec Burks and center Nerlens Noel at the start of free agency.

The New York Knicks are bringing the band back together.

Just minutes into the start of 2021 NBA free agency, veterans Alec Burks and Nerlens Noel agreed to new, three-year deals with the Knicks, both per ESPN’s Adrian Wojnarowski.

Noel, meanwhile, is inking a similar deal—three years and $32 million for the backup center who overperformed in his admirable job filling in as the starting 5 for the injured Mitchell Robinson this past season. The 27-year-old averaged 5.1 points, 6.4 rebounds, 1.1 steals, and 2.2 blocks per game—along with making 41 starts last season—shooting 61.4% from the field as the Knicks reached the postseason for the first time in eight years.

Both vets were questionable to return despite memorable performances last season, including Burks saving the team in the clutch on occasion and Noel stepping up to form an impressive frontcourt with first-time All-Star forward Julius Randle. Noel had interest from other teams, per reports, while Burks was coming off a one-year, $6 million deal with New York last winter and seeking a payday.

There have been rumors of the Knicks and veteran French shooting guard Evan Fournier sharing a mutual interest. Fournier is coming off a season that saw him traded to Atlantic Division rival Boston Celtics after six-plus seasons with the Orlando Magic.

NBA free agency is well underway this evening, with splashy moves like Lonzo Ball going to the Chicago Bulls, former Knick Tim Hardaway Jr. staying in Dallas, and Mike Conley Jr. returning to Utah headlining the affair. For now, the Knicks are working on bringing back some special pieces that helped them get back to the playoffs.

Both deals for Noel and Burks have team options in year three, according to ESPN’s Zach Lowe and former Suns GM Ryan McDonough. Derrick Rose, who agreed to a three-year, $43 million contract, has a team option in year three, too, along with Evan Fournier’s fourth year of his four-year, $78 million deal.