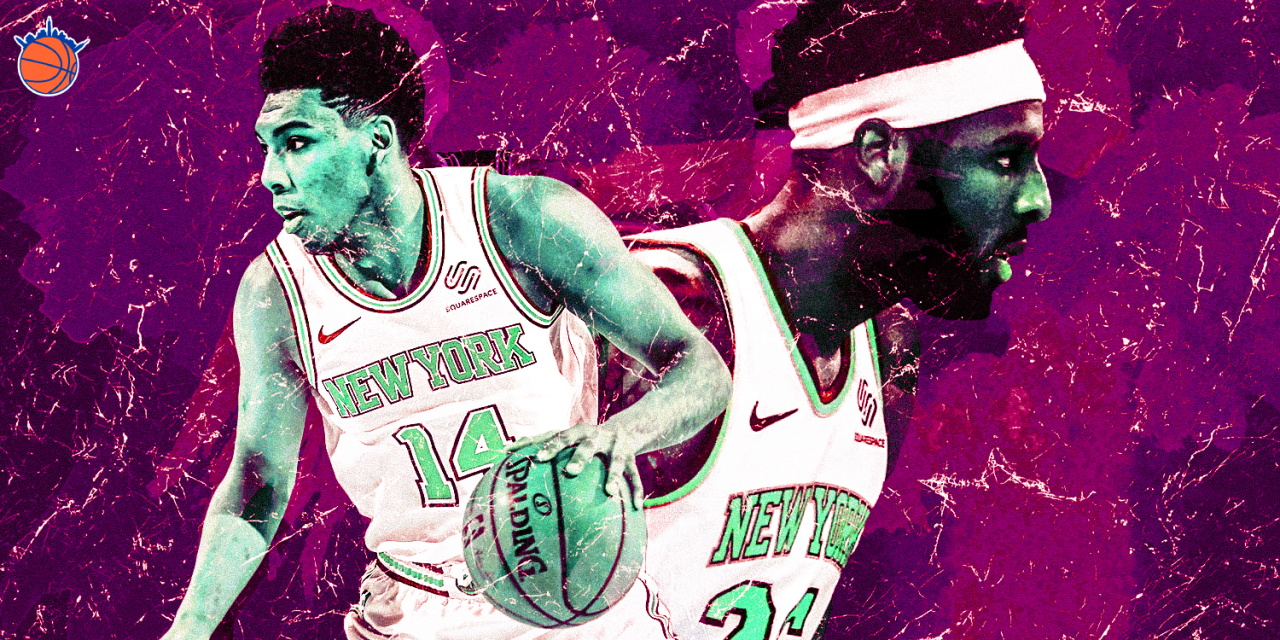 Two unheralded rookies for the Knicks, Allonzo Trier and Mitchell Robinson, have forged a dynamic offensive connection on the hardwood.

When it comes to Allonzo Trier and Mitchell Robinson, the Knicks rookies seemed to have had a lot in common. They were both nationally ranked coming out of high school, but fiascos derailed both of their rises to prominence. Scouts saw Robinson’s upside in that he was a seven-footer with remarkable athleticism and a penchant for shooting, while Trier was lethal with the ball in his hands.

Then, Robinson left Western Kentucky University in a bizarre twist and Trier was prohibited from play due to a PED scandal. Everyone saw their gifts, their natural and learned affinity for the game, but sometimes things don’t work out exactly as planned.

But, in spite of it all, Trier and Robinson are making the best of a new opportunity after they both tripped up in the sensitive mechanisms between amateur and professional sports. Bearing similar setbacks before coming to the Knicks, you could say their explosive chemistry has been a foregone conclusion.

Trier and Robinson have unique skills the Knicks haven’t had on their roster in quite some time. His short-lived post-injury return notwithstanding, Trier has been awesome this season. The oldest rookie on the team, Trier is 22 years old—like starting point guard Emmanuel Mudiay—but in his first season he’s averaging 10.5 points, 3.0 rebounds, and 2.0 assists in 22.2 minutes (per NBA Stats). His ankle-breaking ball handling is a crucial part of his skill set. Using a crossover and/or a hesitation move, Trier can create space to make a contested mid-range jump shot turn into a shootaround jumper in rhythm. He’s shooting 45.9 percent on two-point field goals and 37.1 percent from beyond the arc. These are strong for a role player on a losing team.

Although he isn’t the smartest or most versatile defender, Trier’s effort and tenacity give him a favorable rank among the team in terms of Defensive Rating. The undrafted rookie is also shooting 83.5 percent on 3.3 free-throw attempts per game. His varied offensive capabilities make him a viable point man on offense.

Robinson, on the other hand, has an entirely different approach to basketball.

A 7-foot-1 Iron Giant, Robinson doesn’t have nearly the amount of skills that Trier has, but we’ve seen what he can do with simple instinct and athleticism. He’s a beast among boys when it comes to blocks. He’s averaging 1.9 blocks per game in his rookie year and, although he missed a slew of games due to injury, Robinson is still tied for 16th in total blocks in the league (per NBA Stats). Even when he doesn’t block a shot, he can alter them simply by being present. His wingspan combined with his leaping ability make no shot unblockable.

Robinson’s offense is much more rigid. Usually, he catches a pass headed into the stands and slams it down when he scores. It’s been so effective you’d be foolish to try much else. He’s shooting 67.8 percent from the field this season and averages 2.1 offensive rebounds per game.

When two people are starkly different, we usually think it’s odd when they get along—but in the game of basketball, that couldn’t be further from the truth. Trier and Robinson have spent 308 minutes on the court together this season over 31 games, averaging 9.9 minutes per game. Every time they take the court together something clicks on offense. Their two-man game has been both effective and exciting throughout. This combo could be vital down the stretch of the season.

In today’s NBA, the pick-and-roll is an elementary play, but in the hands of Robinson and Trier it can be a deadly combo. Hell, according to the play below, they don’t even need to run it properly.

Robinson sets a pick, slips it with a quickness not found in many big men, and rolls to the rim as Trier handles both defenders’ focus. He’s a decoy and the architect at the same time. He takes one dribble after the screen and the defense reacts shyly. They still didn’t know if they were going to double team him or not.

That split second of indecision is all Robinson needed to get advantageous position inside for the slam. Trier isn’t the best passer, but right now, with Robinson on the court, he doesn’t need to be. Austin Rivers and Kenneth Faried didn’t stand a chance.

At the same time, Trier can get to the rim within their PnR set, and score at the rim and from midrange if he can create separation from the defender. The reason Robinson can get open is because of Trier’s aforementioned scoring ability.

Here, Trier’s first defender gets blocked by Robinson’s screen, and then blows by the second for a slightly contested layup. It’s not a perfect shot, but Trier has the dexterity and gusto to get the ball to roll in. It even illustrates what can happen when the Knicks run a play early in the shot clock, before the defense can get themselves set. The Trier-Robinson pick-and-roll even adheres to Fizdale’s space and pace offense. Letting Trier go to work has been Fizdale’s main method of managing Trier, and it would behoove him to let the rookie guard make decisions on the court.

Trier averages 2.0 assists per game, and Robinson could be instrumental to his growth as a passer. 21.9 percent of his touches come directly via Trier—the most from any teammate. Even more telling is his 72.7 percent field goal percentage coming from Trier passes.

The traditional PnR pass with both players dashing towards the basket has been favorable for the most, part too:

The pick-and-roll works towards both of their strengths and is a nice foundation for anything Fizdale hopes to build in the future with both rookies involved. So, what’s next?—pinch post action.

Defenses are constantly engaged with both of them, and Robinson’s defender, a 6’10” Ed Davis, declines leaving the paint in order to defend it against the lob, since Robinson is obviously not a jump shooting threat. That leaves Trier and Robinson one man to immobilize. Trier, an efficient three point shooter, knocks down the shot.

That’s a great place to start, but the Knicks are leaving points on the table if they limit it to a two man game as more defenders get involved.

If the Knicks can get a three-point shooter like Damyean Dotson or Knox in the corner while Trier and Robinson destabilize the defense with a pick-and-roll, they’ll really be cooking with oil. The Utah Jazz execute this perfectly in the play below.

Robinson isn’t much of a passer, so this would provide him the opportunity to contribute as a teammate with the ball in his hands. They need not be Nikola Jokic with a high assist average, but passing in the right moments adds a wrinkle to Gobert’s offense. Incorporating that would do wonders for Robinson’s early career where he grabs a pass or rebound and smashes it into the basket.

Ironically, the Triangle Offense could play a sizable part of the Knicks offense. One could argue that the Triangle’s pinch post action could work well since Trier is a more competent ball handler and finisher than Shane Larkin in the video below.

Pinch post action with Trier cutting to the basket would be an interesting play to throw at the defense if things become too predictable, as the Triangle often can be. Trier shoots 42.9 percent on catch-and-shoot plays beyond the arc. A pinch-post screen-and-roll play with Trier fading beyond the arc could be easy money if the Knicks want to stretch the floor. Robinson isn’t a threat outside of the paint, so these sets give him a path to grow as a player as well.

Mitchell Robinson and Allonzo Trier have both been pleasant surprises for the Knicks, especially when they work together. Building on this guard-center chemistry should be among the Knicks’ top priorities. It’s been a rough year for the Knicks as a whole; they should take this silver lining and leverage it into a staple of their offense.