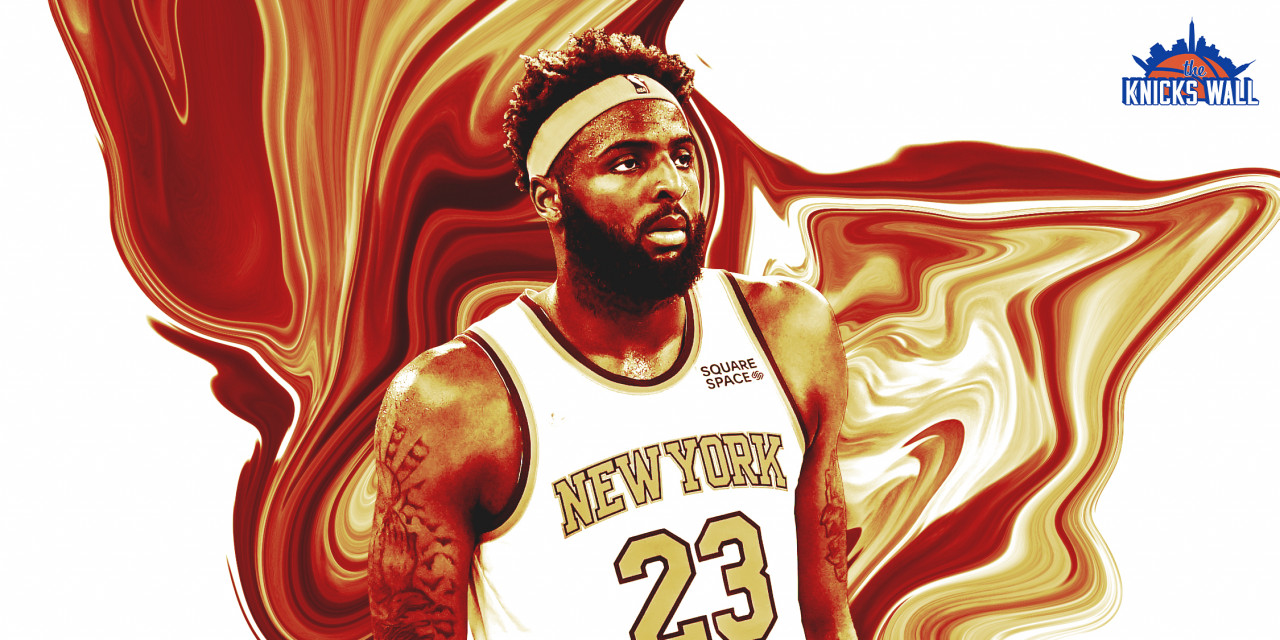 Between oft-varying weight and recklessness on the court, Mitchell Robinson has trouble keeping sound biomechanics in his game.

Mitchell Robinson’s time with the New York Knicks is likely coming to an end. Following his injury-shortened third season, New York elected to utilize the 23-year-old center’s team option, and without any reported discussions of an extension, most expect Robinson to leave as an unrestricted free agent this offseason, provided he’s not traded first.

Last year, New York ranked fourth in Defensive Rating (107.8) even without their young shot-blocker—Robinson was sidelined for most of the season with a fractured hand and fractured foot—and the hope was that Robinson could sure up a center rotation that was relying on a hobbled Nerlens Noel and Taj Gibson during their playoff appearance.

However, much to the chagrin of head coach Tom Thibodeau, the Knicks have been one of the league’s worst defenses through their first 28 games. A Defensive Rating of 110.7 places them in the bottom third of the league, barely better than the Houston Rockets and New Orleans Pelicans, and actually worse than the Oklahoma City Thunder.

Robinson was given the opportunity to start for much of the early portion of the season, but following a three-game losing streak, he was moved back to the bench in favor of Noel on December 7th, before the Knicks played the Spurs in San Antonio. When he first arrived in the NBA, Robinson’s propensity for fouling limited his ability to stay on the court. Now, in his fourth year in the league, it’s been (at least in part) a lack of stamina holding him back.

“I wish I could jump right back into it and be who I was before the injury,” Robinson said before the Knicks played the Spurs. “It’s cool. I’m going to work and be back to myself.”

Last season, Robinson had been playing well before fracturing his hand against the Washington Wizards in mid-February, but that, and the fractured foot he suffered during his fourth game back that March derailed what fans had hoped would be a breakout season. After going approximately eight months without playing in an NBA game it wouldn’t be fair to expect Robinson to be at his peak stamina level, it seems like his offseason workouts may have exacerbated the issue.

As a rookie, Robinson entered the league at about 220 pounds, he said last season he had been between about 250 and 260 pounds. He started this year weighing 280 pounds, with most of the added weight being muscle, hoping that being bigger and stronger would help him hold his own better down low.

But Robinson’s game is predicated on bounce and agility, and he’s seemingly realized this as he says that he’s back down closer to 260 pounds. It’s likely that he felt too slow at this higher weight, Mitch probably feels as quick as ever, at least for his first few minutes on the floor.

While he’ll feel more dynamic unburdened by that excess muscle, his body still has to become accustomed to this restored explosiveness. Quickness and stamina are not necessarily linked, so every time goes up to slam down a lob or swat away a layup, Robinson’s emptying that tank just a bit more than before.

If he’s found the correct playing weight, then this will have been worth it for Robinson in the long run. Though it is ironic that what’s right long-term, may end up expediting his exit from the Knicks. The team needs his defensive contributions as soon as possible, and with unrestricted free agency looming, Robinson needs to impress some front offices.

The good news is that Robinson is clearly aware of his current predicament, and has been working to improve his stamina, telling reporters that he lifts and rides a stationary bike after games. Should he stick to this routine both his energy levels and his play overall will improve, but the question that remains for this season is: Will the Knicks get impatient and try to find a quicker solution on the trade market?

»READ: What does the future hold for Mitchell Robinson and the Knicks?