Another Offseason, Another Set of Challenges for the Knicks 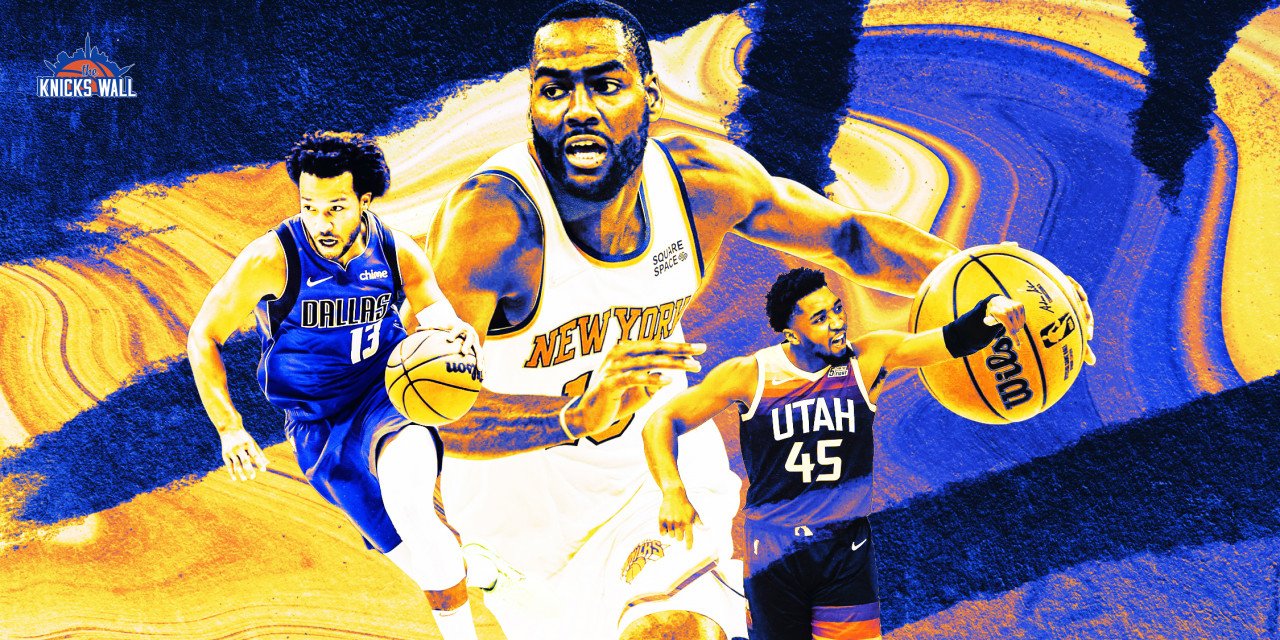 The offseason field plan for these Knicks is quite simple: continue building around the young core, securing a long-term competition team.

Now that the season is over, it’s once again time to look at the future. There are many boxes to check as the New York Knicks look to improve their team for next season, but it doesn’t feel like they have a million problems like in past offseasons thanks in part to the group of talented young players they’ve acquired, some of whom have already shown signs of being foundational pieces for the future.

First off, the Knicks must extend RJ Barrett—it is the first step to building a team around him that can someday be a viable contender. The third overall pick in the 2019 NBA Draft has shown he’s able to handle the high and lows of playing under the microscope that is New York City. After a slow start to the campaign, Barrett took his play to another level and became the youngest Knick ever to average 20 points in a season. With Barrett looking like the heir apparent to become the next franchise player, the Knicks have their cornerstone. All that’s left to do is lock him up long-term.

Another player due for a contract is Mitchell Robinson. With just four years of NBA experience, Robinson is also the longest-tenured Knick. Even while he battled through injuries again like most of his career, he also played in most games of his career this season (71). Robinson averaged 8.5 points a game and 8.6 rebounds but made his presence felt on the court this past season. As New York’s defensive anchor, Robinson ranked fourth in the blocks averaging 1.8 per game. He also dominated on the offensive glass creating second scoring chances for his team with 4.1 offensive rebounds per game, good for second-best in the entire NBA. The Knicks would be hard-pressed to find that sort of production on the free-agent market or via reasonable trades. Robinson, along with Barrett, is one of the rare homegrown talents worth retaining in recent memory.

The roster construction was awkward last summer, to say the least, and there weren’t any real in-season adjustments to address the concerns from the front office or coaching. New York was content on trotting out the same lineups game after game despite underwhelming returns. The main issue again was, of course, the point guard play. Though the Knicks had one of four potential point guards on the roster at any given time, the lead guard spot was played by an out-of-position Alec Burks.

New York is still grappling with the issue of a legitimate day-in and day-out starting point guard. Not having a full-time ball-handler set them back and may have squandered the potential for any semblance of a legitimate offense. Kemba Walker, who was signed and penciled in as the starter from the start, was a questionable choice because, coming in, he could not be relayed upon to play every game due to “maintenance days” to rehab. Walker failed to find any consistent rhythm and, in February, the veteran point guard was ultimately shut down for the remainder of the season.

Coach Tom Thibodeau resisted playing his younger point guards, opting for the next veteran up, which happened to be one of his mainstays in Derrick Rose. Rose, like Walker, was unprepared for coach Thibodeau’s infamous heavy workloads and was also sidelined, not to be seen again during the season after two different ankle surgeries.

With no point guard slotted for next season, one may have finally emerged and he happens to be in-house. The Knicks have gotten a healthy dose of Immanuel Quickley as the orchestrator, and it seems like he’s a viable option. Finishing the season off with a pair of triple-doubles in his final three appearances, the second-year guard has given New York something to think about. Logically, Quickley seems to be the best player on the team suited for the role going forward. There will be plenty of point guard options in free agency, but none of them are viable long-term options.

Does it surprise anyone that Immanuel Quickley finally got the start at PG and is already up to 12 assists? pic.twitter.com/cfpDT4QpKM

Many of the free agents are players past their prime or journeymen who are better suited for a bench role. The consensus favorite in free agency looks to be Jalen Brunson, who is a good option but is not exactly raising the team’s ceiling. Brunson’s season stats are comparable to Immanuel Quickley’s second-half stats. There isn’t any real reason to pay a free agent like Brunson if Quickley is already capable of matching his production at a younger age and a much cheaper price. Quickley bounced back better than anyone could have hoped after struggling for a long portion of the season. The free-agent class as a whole isn’t eye-popping, the front office should focus on getting help to supplement the youth.

As the Knicks continue to develop they will also bring in some fresh talent from the 2022 draft class. New York has plenty of draft capital to work with and they could either use it to fill a need or create a package for a star rumored to be unhappy in their current situation like New York native, the Jazz’s Donovan Mitchell or Pelicans forward Zion Williamson, who already has two former teammates on the Knicks, RJ Barrett and Cam Reddish.

Next up: Youth Movement

Moving on to the veteran experiment that went down in flames, the Knicks can fully transition to an all-out youth movement now that they have the pieces. New York must figure out a way to get rid of some of those veteran players and fully prioritize the continued growth of their youth.

The front office can try and do what they always do and try to land some big-fish free agent or trade, but the fact is that, barring a seismic transaction, the Knicks aren’t competing for a championship. The roster is littered with serviceable veterans that could help other ready-to-win teams. Players like Derrick Rose, Nerlens Noel, Taj Gibson, and Alec Burks can be of better use elsewhere. All those contracts won’t be moved but the front office should try and export some of them in order to play the youngsters. The veterans New York does keep should not play over them.

New York needs to focus its efforts on the continued development of its young players. The Knicks currently have eight players on the roster that are 24 years old or younger and they have to prioritize them going forward. No team is without a veteran presence, but in New York’s case, the veterans need to be put in a pseudo-coach type of role, only playing when absolutely necessary. Having grizzled veterans with playoff success, like Rose and Gibson, is a valuable part of player development, but they can’t play over the future of the team. If the Knicks are realistic with themselves, it’s more important for the team to gain experience rather than actually trying to build a contender right now. The most important players are still in the infancy stages of their careers.

These players need to have expanded roles going forward if the Knicks hope to build a competitive team. This can be considered beating on the proverbial dead horse, but Thibodeau has to move on from favoring playing older players on a team that’s still trying to build, even if the front office has to mandate him to do so.

The players may be on a separate timeline than the one their head coach is currently on. At 64 years old, time is not on coach Thibodeau’s side. With teams like the Nets, the Bucks, and Sixers at the height of their powers in the Eastern Conference hierarchy, the Knicks can’t realistically compete with them just yet. If they’re honest with themselves and young players continue to develop smoothly, it’ll be two or three years before New York starts to ascend to those heights.