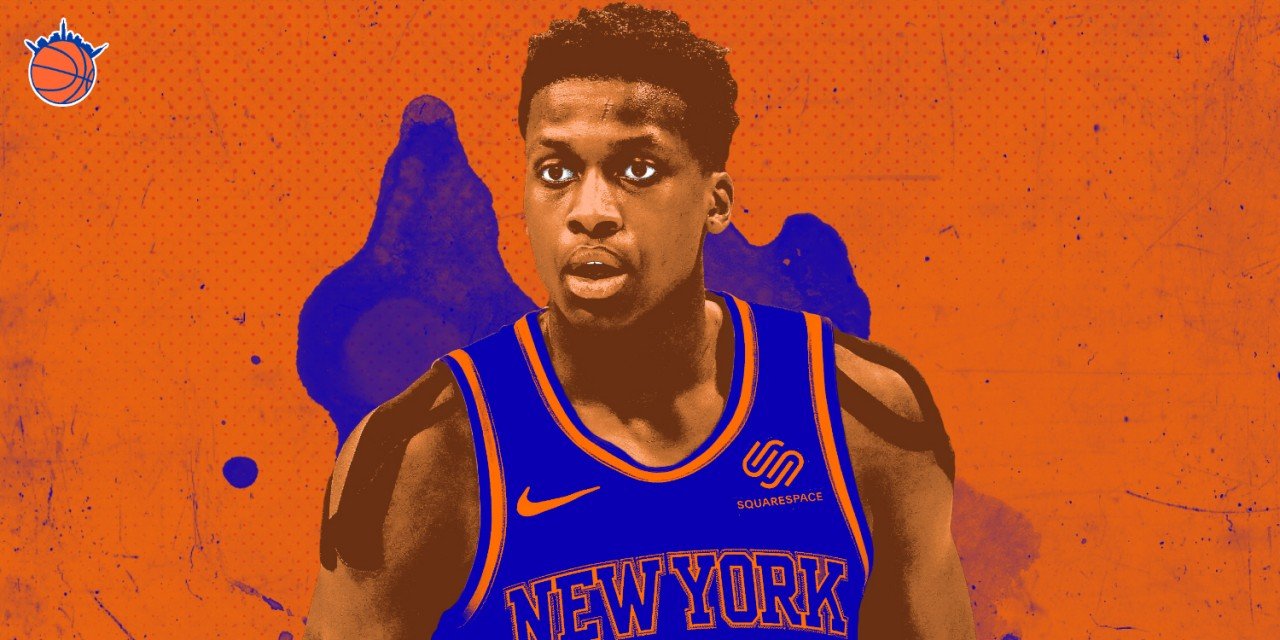 Long-term interest in Knicks third-year guard Frank Ntilikina perked up with a solid international performance in the FIBA World Cup.

Last year, G League guard Kadeem Allen received more consistent playing time than the Knicks’ sophomore lottery pick, Frank Ntilikina. While Ntilikina has clear advantages on the court due to his defense and length, his offense has gone back and forth from average to the worst in the league leading to a decrease in his minutes on the court.

In order to earn the coaching staff’s faith this upcoming season, Ntilikina will need to learn from his breakout performance in this summer’s FIBA World Cup and do a couple of things differently.

Last year, Ntilikina shot 43% of his shots from the midrange, which was in the 77th percentile for guards, and 22% of his attempts came from just below the three-point line, according to Cleaning the Glass. Those shots need to change. While the Moreyball offensive scheme is not fit for every player, Ntilikina was in the ZERO percentile for points per shot as a guard last year. It’s clear that his scoring profile needs an upgrade.

Despite the terrible efficiency, fans always believed he can be a good shooter due to his solid mechanics. This summer, those fans were proven correct. The French point guard posted a 54.2 True Shooting percentage while competing in the World Cup, a higher percentage than Russell Westbrook, Jamal Murray, D’Angelo Russell, and Donovan Mitchell, for example, had last season.

What was different about his shooting in FIBA? When Ntilikina was wide open and caught a pass at the three-point line, he shot it. While on the Knicks, the French guard often ran off the line despite no defenders in sight to take a shot closer to the rim. On the French national team, the starting point guard took advantage of these easy opportunities and trusted his shot. Seven out of the eight threes Ntilikina made during the tournament were off catch-and-shoot opportunities. If the Knicks’ point guard can simply take these openings instead of running into the defense like Steve Mills running to sign every washed up All-Star to a multi-million dollar contact, the team’s offense will flow a lot better.

Ntilikina took only 18% of his shots around the rim last season, good for the 13th percentile for guards, according to Cleaning the Glass. A point guard with a 7’1” wingspan taking less than a quarter of his shots from the most efficient area on the court is a waste of talent and advantages.

During the international tournament, Ntilikina’s timidness toward going straight at the rim dissipated as he used his length and speed to shoot over even the best centers in the tournament.

Look at how easy it is for Ntilikina to shoot over even a good NBA defender in Aron Baynes.

Once again, he is confident and deliberate in his actions. Going right at the defender, Ntilikina is certain that Baynes can’t do anything to stop this shot. During the game against Team USA, Ntilikina had his greatest offensive moments.

His hesitation doesn’t create a lot of separation, but there is no freezing up or panicking once the defense doesn’t react to his attempt to cross them up. The plan was to attack the rim, so that’s exactly what he does, using his length to finish a really difficult shot that would have most likely hit the side of the rim only a few months ago.

Attacking the paint also presents the chance for a trip to the free throw line, a spot where Ntilikina excelled during the World Cup, as he only missed one free throw attempt the entire tournament.

Although Ntilikina shot only 76.7% from the charity stripe last year, he is more than capable of averaging numbers in the high eighties. He shot 85% from the line during his 2015–16 season for SIG Strasbourg and 88.9% during the FIBA World Cup. Last season, Ntilikina only had two games with more than two free-throw attempts, and in those games he only shot three! This is inexcusable. Ntilikina has demonstrated clear offensive skills while playing against other countries that he has not taken full advantage of in the NBA.

Even in his excellent play at the World Cup, Ntilikina still rarely created opportunities for teammates. Although his ball handling looked improved in certain moments, it’s still not enough to cause defensive breakdowns.

While his dribbling skills aren’t at the level of an elite point guard, he has the mind of a floor general. The seasoned point guard can see plays developing even though he is not the force causing them to open up.

With all the bigs closer to the three-point line, the paint is wide open and the French point guard places the pass perfectly for an easy two points. Intelligence on the court is the most important part of a complete NBA player, which Ntilikina demonstrated not only with his passing but his scoring as well.

Let’s watch that floater over Baynes again and the play after. Look at how much space there is between Ntilikina and Baynes on the first possession.

While he should reduce his long mid-range attempts, Ntilikina notices that the defense is giving him miles of space to let loose, so he calls the same play in order to take advantage of what the defense is giving him for a wide open mid-range shot. Paying attention to how a team is guarding in order to expose it with an easy shot on the very next possession is all-star-level I.Q. on display.

Ntilikina’s lock-down defense never looked more competent than when he was competing against Team USA. His main target for the game was Kemba Walker, who ended the game shooting two-for-nine from the field with no threes, no assists, four turnovers, and a loss. The Knicks point guard uses his tentacle-like arms to block the opposing guard’s field of vision or poke at the ball while Walker attempted to dribble into a rhythm close to halfcourt.

Ntilikina was effective one-on-one, but especially impressive at getting around all the obstacles the USA team threw in his way. While Ntilikina is able to alter Walker’s shot here, the path Ntilikina had to take to get there is what’s most impressive:

Walker is small, even for a point guard, so while Khris Middleton looks to get the ball to his team’s best player, there is a French wall separating Walker from the pass. If Middleton throws it even slightly off from perfect, Ntilikina can use his wingspan and quick thinking to grab the ball before Walker can seize it.

When Walker does get the ball, a perfectly timed screen still doesn’t stop the French point guard from getting to Walker’s shot before it’s released. Being able to fight over screens and having the length to bother the shot even when he is behind the play will make Ntilikina a terror for opposing point guards for years.

Frank Ntilikina has been a disappointing but interesting player so far. Some fans are absolutely devoted to their belief that he will one day be amazing, while others gave up on the French prospect a few games into his rookie year. If he can learn from the areas where he excelled this summer, he could prove those fans right for believing in their patience.

»READ: Frank Ntilikina: will he stay or will he go?