Appraising the Inactivity By the Knicks at the NBA Trade Deadline 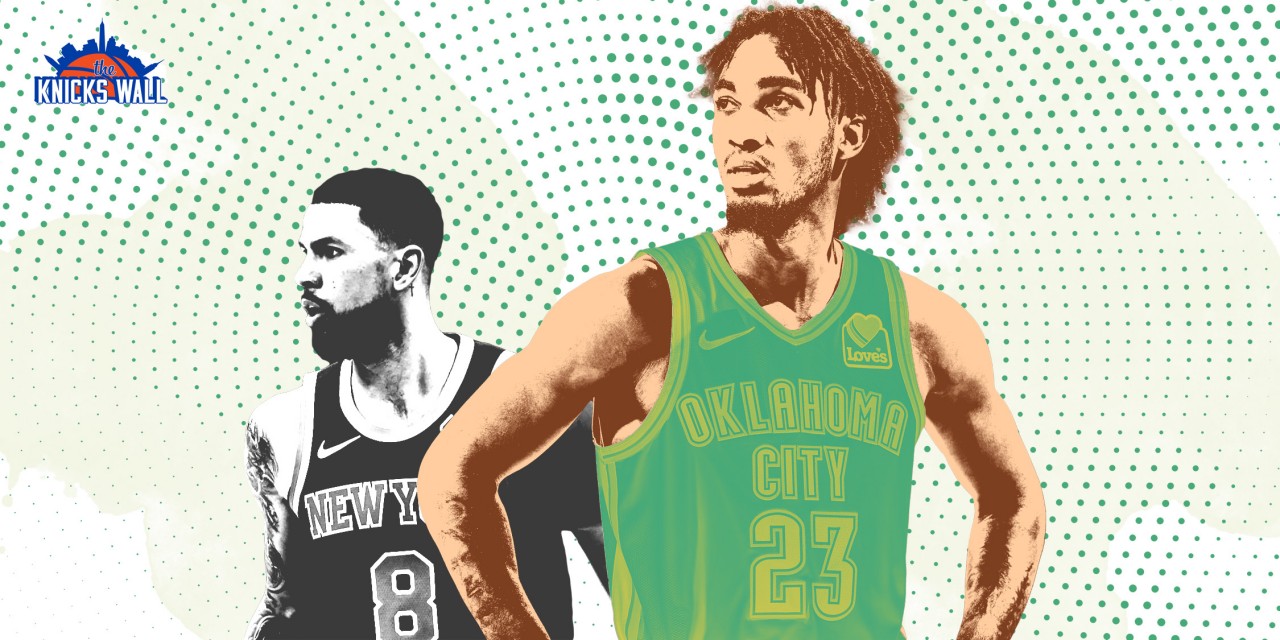 The Knicks gave up two non-rotation players while waiving the players they acquired, making it a very seemingly inactive trade deadline.

The New York Knicks largely stood pat at Thursday’s trade deadline. So far, that’s been par for the course for Leon Rose.

Rose’s administration has kept their business refreshingly close to the vest, so it’s hard to glean a true understanding of their thinking. Yet there were plenty of rumors linking various players to the Knicks, who find themselves in the thick of the playoff race to the surprise of everyone not named Tom Thibodeau.

In the end, things were quiet on the Garden front. Let’s discuss the move Rose did make, and why he wasn’t more aggressive.

The Knicks acquired Terrance Ferguson from the Philadelphia 76ers in a three-time swap that sent Austin Rivers to the Oklahoma City Thunder and Ignas Brazdeikis to Philly (George Hill was shipped to the Sixers for Tony Bradley and two second-round picks.)

The Knicks also got center Vincent Poirier, the Sixers’ 2021 second-round pick, the Miami Heat’s 2024 second-round pick (top-55 protected, via Sixers), and the draft rights to Emir Preldzic from Philadelphia. The latter two assets are unlikely to spawn Knicks players.

After Woj reported the deal, there was one key question, from a Knicks perspective. In the words of a certain famous Knicks fan: Is this anything?

Poirier and Ferguson were waived, opening up two roster spots. As The Athletic’s Derek Bodner pointed out, the inclusion of the Knicks in the deal was facilitatory.

The Sixers/Thunder trade was expanded to include the Knicks because the Thunder could not re-acquire Vincent Poirier or Terrance Ferguson, so the deal had to be expanded.

The Thunder had just traded Poirier and Ferguson to the Sixers as part of the Al Horford trade in December.

Rivers, fresh into a three-year, $10 million deal with the last two years non-guaranteed—a contract that looked like one of the steals of the offseason—saw his role in New York diminished for a host of reasons, including injuries, paternity leave, and Derrick Rose’s arrival.

Rivers is a nice player, but he didn’t have a role in New York, present or future. RIP, Quivers. He’s expected to sign with Milwaukee.

So long Iggy, we hardly knew ye. The 2019 second-rounder (whom the Knicks paid $1 million to draft) never got a real run in the pros, to the mild dismay of 2019–20 #KnicksTwitter. After playing nine games as a rookie, he was mostly confined to the G League bubble as a sophomore.

To Brazdeikis’ credit, he excelled for the Westchester Knicks, averaging 20.2 points and 9.1 rebounds per game. But, if he wasn’t going to get playing time under David Fizdale and Mike Miller for a lottery-bound group, he wasn’t going to see opportunities for Thibodeau amid a playoff race. Good luck with Doc.

The Knicks cleared about $700,000 in the trade, upping their cap space to more than $14 million for this season and $60 million for free agency. Ultimately, how the Knicks fill their spots will determine the success of the Ferguson move. Still, recouping the second-rounder they spent for Derrick Rose and clearing cash is worth the price of doing Philly and OKC a small favor.

Participating in the three-way George Hill trade earned New York a future second-round draft pick by absorbing $700,000 in extra salary and then waiving Ferguson and POIRIER … with the Knicks retaining $13.5 million in in-season cap space.

The trade, once again, showed discipline from the front office, who has held off on making any splashes since taking over one year ago.

Despite possessing 10 picks over the next three drafts and space to absorb money, the Knicks did not trade for a wing. Not Victor Oladipo, who was dealt to the Miami Heat. Not Brooklyn-resident J.J. Redick, whom the New Orleans Pelicans flipped to the Dallas Mavericks. Not Most Improved Player candidate Norman Powell, who landed with the Portland Trail Blazers, nor Evan Fournier, whom the Boston Celtics acquired for two second-rounders.

In most of those cases, the front office was prudent not to give up assets to plug a few small holes. The Knicks can pursue those guys this summer, and their cap space negates the appeal of acquiring their Bird rights.

The Knicks are 24-22 and fourth place in the East. The young players are developing, and the coaching staff justifiably likes where the team is at.

“Leon and his staff did an unbelievable job. They had a plan that was very well thought out,” Thibodeau said Thursday, via SNY’s Ian Begley. “There was a number of possible opportunities and I thought they were very disciplined. We love the team we have. So it worked well for us.”

(Sidebar: The Athletic’s John Hollinger pointed out because the Knicks’ cap space should set up the players to split an extra payday that could net roughly $300,000 a pop. Good Vibes.)

The Oladipo non-move, in my humble opinion, was a missed opportunity. He might’ve ended up as a rental with his heart set on South Beach, but the underwhelming haul the Houston Rockets ended up with–Kelly Olynyk, Avery Bradley, a useless 2022 pick swap—minimizes the risk. Some combination of Rivers, Alec Burks, Kevin Knox, Frank Ntilikina, and a swap would’ve been a worthy swing. Oladipo is likely to re-up with Miami, thus taking him off the market.

On the other hand, Burks has been on a mission to prove me wrong and validate the Knicks’ confidence in their wing depth. He’s scored 19 points or more in each of the past six games, including four wins. Once Reggie Bullock (sprained ankle) returns, the Knicks have two solid options behind R.J. Barrett. I just like the ceiling of Oladipo as an elite two-way sixth man and wouldn’t mind signing him for a few more years, should he play well and show interest.

Finally, while Knicks fans are eager to see Lonzo Ball in a Knicks uniform: patience. Yes, they could have pulled a mini-Carmelo deal for Ball, who has real value. Now that the 23-year-old stayed put, though, Rose can overpay him in restricted free agency.

The waiving of Ferguson—an athletic, underperforming 6’6″ wing with passable defense and below-averaging shooting—indicates an internal belief that they can get someone better. A few wings to monitor are Bradley, Otto Porter Jr., Jabari Parker, one-time Knicks Maurice Harkless and Wayne Ellington, and Jeff Teague.

The Knicks are a playoff team, but they aren’t a contender yet. There’s plenty of time and money left for moves to be made. For now, let’s rejoice in the fact that the Knicks are a destination for buyouts, rather than an instigator.