Are the Knicks Building a More Sustainable Roster? 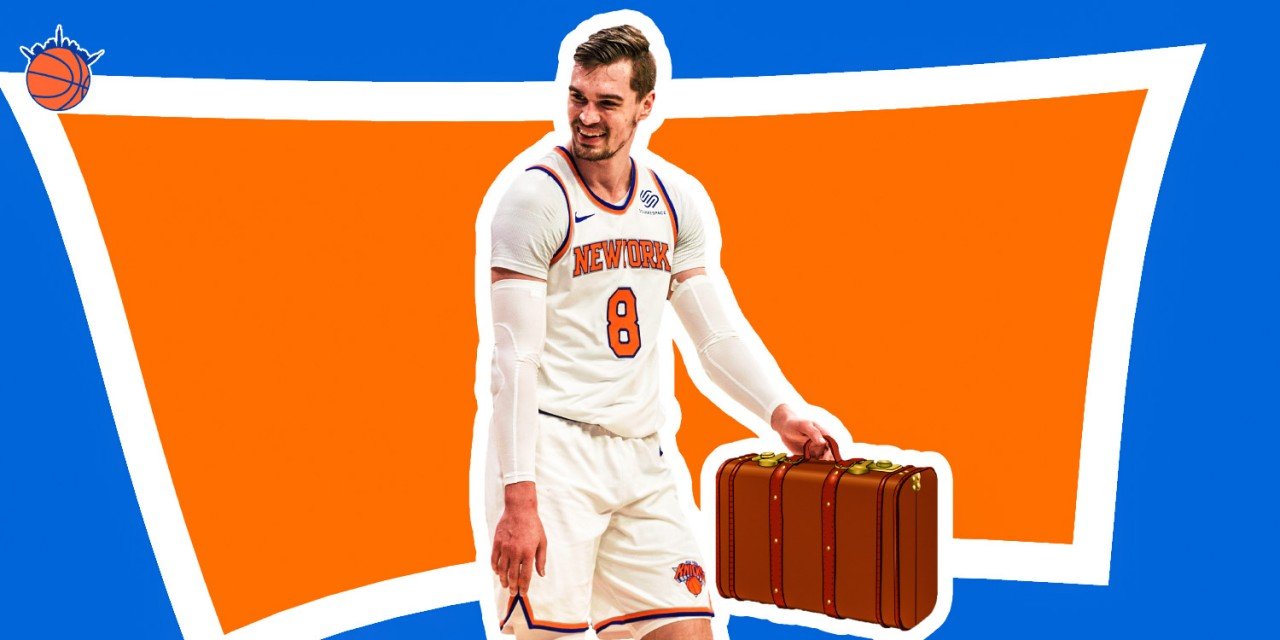 Minimizing roster turnover is one of the many factors that point to a successful team, but the Knicks haven’t exactly done that in recent years.

One of the defining marks of a well-run organization and, non-coincidentally, something the Knicks have perpetually lacked is sustainability. A solid way to measure sustainability is by seeing which teams stick with the same core of its roster every year.

To better quantify this, Basketball-Reference defines roster continuity as the percentage of a team’s regular-season minutes that were filled by players from the previous season’s roster. Given that definition, the Knicks and continuity are far from synonymous.

Below are each team’s roster continuity since 2010. While not every team that retains most of its roster is inherently good, every good team retains more of its roster than most of the Association.

The Knicks’ percentage in the 2018–19 campaign was 49, tied for the fourth-lowest percentage in the league with the Wizards. Still, it was New York’s highest percentage of returning minutes since the 2013–14 season, when 73% of the squad led by Carmelo Anthony was fresh off a second-place finish in the Eastern Conference. This was also the only season since 2010 that the Knicks doled out more than 55% of its minutes to returning players. Essentially every Knicks season of the past decade has featured most of its minutes being played by a newcomer.

Now that Scott Perry and company have assembled most of their young core, the Knicks hope to see this number rise in the future, coinciding with this current collection of neophytes developing together. Let’s take a look into how the Knicks got here and how they can improve on this mark moving forward

In a story all too familiar to Knicks fans, the common theme of the past decade has been assembling rosters with minimal consideration for sustainability in the future. The tale starts with the 2010–11 season, when the Knicks went all in on pairing two All-Star talents and struck out on landing its ideal pairing of LeBron James and the star of his choice. Does this sound familiar?

In the 2010–11 season, New York returned only five players to its roster at the start of the season, and only three of them lasted on the roster for the whole 82 games. Amar’e Stoudemire headlined a squad that was primarily comprised of new free-agency signings. Toney Douglas, Jared Jeffries, and Henry Walker survived the purge known as the Carmelo trade, while Danilo Gallinari and Wilson Chandler were the big names of the team’s youngish core that was shipped away.

The next season featured New York returning seven players, but sticking to the theme of the past decade, the Knicks added many new players to their rotation. Tyson Chandler, J.R. Smith, Iman Shumpert, Steve Novak, and Jeremy Lin headlined the newcomers who played big minutes for the ‘Bockers in an ultimately successful season. In this campaign, the team’s roster continuity jumped from a lowly 34% to 47%.

New York gave over 50% of its minutes to returners but continued to get older—a sign that this upward trend was not going to continue for long. In 2013, then 22-year-old Iman Shumpert was the only player on the roster younger than the age of 27. Jeremy Lin was 24, but he wound up playing for the Houston Rockets after the Knicks declined to match his offer sheet in restricted free agency. The team’s two rookies, Chris Copeland and Pablo Prigioni, were 28 and 35 years old, respectively. Normally teams that old have already won a championship or possess enough talent to be a clear-cut championship contender. While the Knicks did win 54 games and had their most prolific performance of the millennium in the 2012–13 season, they still were eliminated in the second round of the playoffs and had no legitimate path towards a championship due to their old roster’s lack of durability.

Fixated on finding adequate complementary talent for their main pieces, the Knicks chased players who were currently in their primes and neglected their own draft picks and young talent. These decisions ultimately accelerated the team’s regression in 2014, when most of the roster returned but none of the results followed.

Moving into the Phil Jackson tenure, New York never retained greater than 42% of its roster in the three seasons with the Zen Master at the helm, as he went from preaching patience in building around Kristaps Porzingis and Anthony, to “going all in” by retooling the roster for now with Derrick Rose and Joakim Noah, to leaving basketball altogether in the span of three years. Needless to say, the lack of a committed plan when building a team will lead to a lack of continuity, too.

The two defining moves that showcased the Knicks’ two stages of the past decade were letting Lin walk in restricted free agency to sign Jason Kidd and trading Jerian Grant and Robin Lopez for Rose. No matter the plan that New York’s executives had at the time, these moves were incredibly shortsighted. Both instances featured the Knicks bailing on young, possibly superior talent for older players who could possibly contribute in the present but had a minimal chance of staying in the Big Apple for several years.

Overall, the past 10 years were a great example of showing the Knicks what not to do with this current collection of young talent.

In the last summer of the decade, the Knicks were faced with the same decision that they saw in the first summer. After missing out on Kevin Durant and Kyrie Irving, and choosing not to meet with Kawhi Leonard, New York again had B-tier talent available at the top of the market. However, New York passed and pivoted to the top young talent on the market in Julius Randle while maintaining cap flexibility moving forward.

This was one of many examples that show, with the (big) exception of trading Porzingis, that Perry is looking to keep and build around the talent that is currently in New York. Ideally, the Knicks’ future is currently on their roster as they aim to improve on their roster continuity in the coming years. With only three players who will be at least 30 years old on opening night and nine players on the team’s training camp roster who have been in the NBA for two seasons or fewer, the Knicks are well positioned to have some familiar faces for the years to come should their players and team continue to improve.

As The Knicks Wall’s Eli Cohen wrote recently, it is still important that Perry does not simply wait for his core to improve, as very few young squads work out. Now in an era that prominently features player movement, the Knicks’ goal should not solely be to come close to leading the league in roster continuity. After all, the Heat led the league in that last season, primarily due to being hamstrung by bad contracts. Still almost every well-run franchise in the NBA retains most of its roster year in and year out. The Knicks appear to be working toward that benchmark, whether it be because they learned from their mistakes of the past or the successes of their peers.