Are the Knicks Wasting Damyean Dotson? 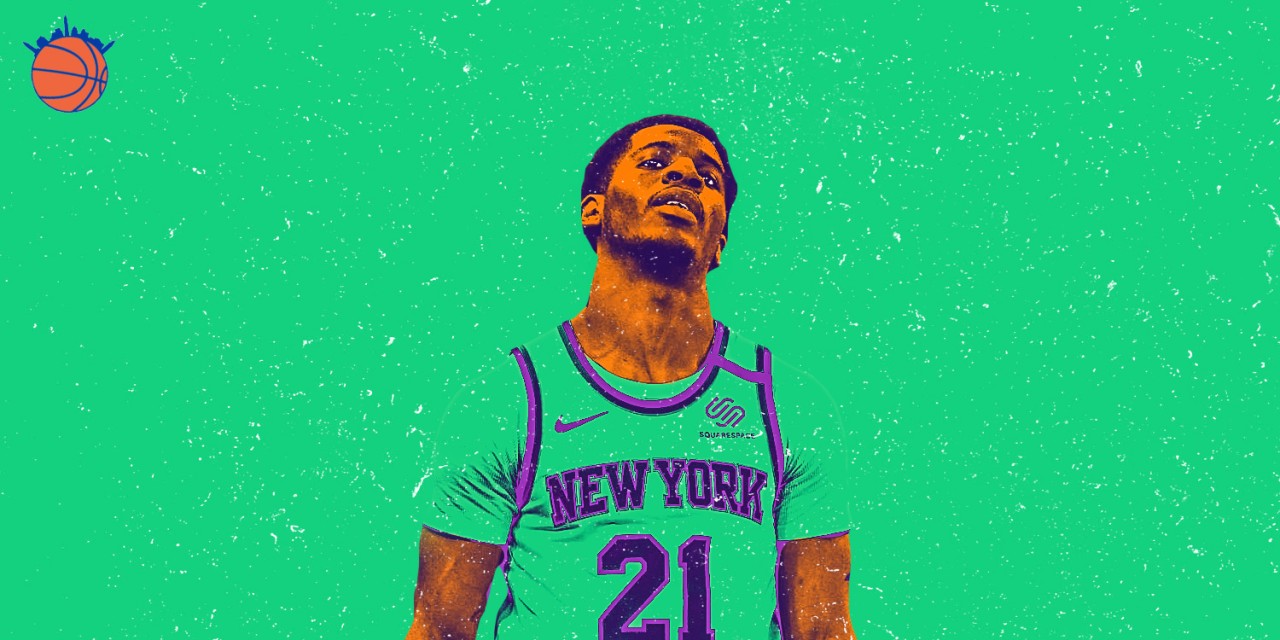 Damyean Dotson has been one of the most consistent swingmen for the Knicks, and now a string of DNP’s again threatens his livelihood on the team.

Back in November, we challenged David Fizdale’s coaching staff to play Damyean Dotson more. It wasn’t that radical a suggestion to bump his minutes up: the Knicks lack spacing, and Dotson is a hair above league-average as a three-point shooter. He plays well around ball-dominant guys and, well, New York has a surplus of those.

“Dot,” as he’s commonly referred to by teammates and fans, has seen his stock rise, but marginally. He broke the 20-point barrier for the first time January 24th against arguably the best defensive unit in the league in Toronto, and is shooting nearly 40% on 2.3 catch-and-shoot threes a night.

Which raises the question: Does Mike Miller need to play Dotson more?

This, of course, operates under the assumption that the Knicks actually want to compete, and aren’t just tanking the season away, which is a very real possibility.

If we do believe the Knicks are trying to win—which I do, they just don’t have the talent to offset the imploding roster construction flaws—then Dotson’s playing time becomes a real concern.

He is an interesting prospect: still just 25 years old, and a loosely fitting impression of one of the NBA’s most coveted prototypes: a perfectly fine 3-and-D guard with good size and switchability.

But that appears to be all he is. Dotson is nothing more than “perfectly fine.” He is a replacement-level guard through and through, reminiscent of late-stage Courtney Lee.

The league average three-point percentage this season is 35.7%. Dotson shoots 36.6%. He doesn’t offer much else other than a live body. His per-36 numbers, a measurement of production rate that can be useful for assessing players who don’t get a lot of court time, is nearly identical to his previous two seasons.

He hasn’t plateaued. That kind of verbiage is unfair for a player selected 44th in the draft. But Dotson is the exact same player he was in 2017 coming out of the University of Houston. He’s adapted his shot profile to the NBA, shooting more threes than twos than in the past, but he has no new discernible skills to speak of.

Here’s what we wrote about Dot’s playing time back in November:

Still, it’s worth drawing attention to the disappearance of Dotson from the Knicks’ lineups, considering he was one of the more encouraging young pieces from Fizdale’s Frankenstein-ian debut season. And in many ways, it is indicative of the firestorm in which the Knicks now find themselves engrossed—the front office and coaching staff, once enamored and now horrified by the summer they inflicted upon themselves, are too preoccupied with how to salvage their power forward surplus to figure out a way to reincorporate Dotson into the team.

Almost every other young player has been given an opportunity to move their way up the ladder, from Elfrid Payton to Allonzo Trier to Frank Ntilikina. Dotson, meanwhile, remains the odd man out.

Dot still plays only 17.5 minutes a game. Many fans have taken to Twitter to rage at Mike Miller’s insistence on playing the old guys on this Knicks team:

btw what the fuck is mike miller doing

But Dot has not been great. He hasn’t even been very good. He’s been just “okay.” He certainly hasn’t done anything to demand the Knicks keep him out there on the floor.

All that said, a mediocre player who is a functional threat from beyond eight feet from the basket is a better fit around the team’s principal playmakers—R.J. Barrett and Julius Randle—than whatever other flotsam and jetsam Miller likes to throw out there.

Another snippet from that November article:

And somewhat ironically, Dotson’s skill set would seem to solve a lot of the Knicks’ on-court problems. Their offense is absolutely anemic, ranking as the worst in the league right now, according to Cleaning the Glass metrics. On the other end, the Knicks don’t create many turnovers either, a big part of Dotson’s game (he loves jumping passing lanes).

Granted, there is a chicken-or-the-egg question that should be asked here: Is Dotson not playing because he sucks, or does he suck right now because he’s not playing?

Just like the eternal “chicken-or-the-egg” debate, we still don’t have our answer. Damyean Dotson may very well be underutilized to a certain degree, but there’s also a good chance that this is much ado about nothing.