Are We Sure Enes Kanter Is A Good Offensive Player? 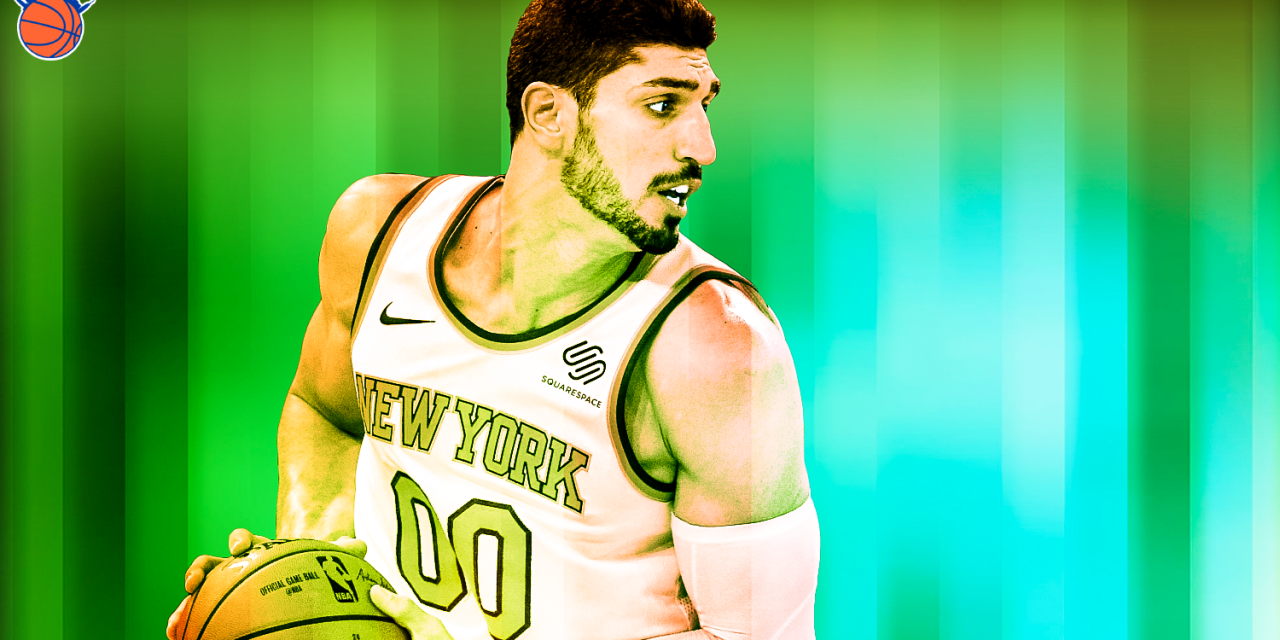 Enes Kanter’s on-court value has been predicated on offensive efficiency over defensive liability. Looking deeper into the numbers…that’s not exactly the case.

In the New York Knicks’ most recent loss to the Orlando Magic, a few players stood out. A continually surprising Tim Hardaway Jr. dropped an efficient 32 points, a resurgent Trey Burke added an efficient 31 off the bench, and Enes Kanter was one rebound away from another 20-20 scalp, with 21 points and 19 rebounds. Despite this, the Knicks never really threatened the Magic, managing only to hang around meekly, flirting with a comeback after digging themselves a familiar—and ultimately decisive—first quarter hole.

The defense was obviously—again—the problem. Which got me thinking about the Knicks most obvious defensive problem, Mr. Enes Kanter. We know his defense is bad. Enes doesn’t have a defensively inclined cell or sinew in his body. But the scale and consistency of his blundering is impressive, routinely negating seemingly dominant offensive performances.

Maybe, then, our set-in-stone notion of Kanter as a one-way offensive wrecking ball is worth examining. Somewhat surprisingly, the offensive stats aren’t kind to the 26-year-old big man, who perhaps more than anyone else in the NBA is surviving on his offensive reputation despite his very well known, very public defensive impotence.

Kanter has been a negative offensive player in six of his nine seasons in the NBA (according to Cleaning the Glass’s on the court/off the court offensive efficiency statistics). Last season, his first with the Knicks, the team was 0.1 points per 100 possessions worse on offense with Kanter on the floor. So far this season, Kanter has again been a very slight offensive negative.

Nine seasons and three NBA teams (Utah Jazz, Oklahoma City Thunder, and now the Knicks) is a pretty substantial sample size to not be noticeably good at the only thing you’re good at.

There is some statistical consistency in Kanter’s offensive on/off numbers over the course of his career. When he is on the floor, his teams consistently have a higher turnover percentage, a lower effective field goal percentage, and a much better offensive rebounding percentage.

This is somewhat counter intuitive. With all his high percentage put-back shots off his trademark offensive rebounding, he should have a positive effect on team shooting percentages at the rim. Spacing explains some of this number. Kanter can’t shoot outside the paint, and so is always hanging around the rim. This is fine except his defender is always hanging around as well, in a perfect position to help as other Knicks attack a congested paint.

Offensive rebounding is a skill, and one that Kanter specializes in. But it’s a skill based on bad offense, on missed shots. Kanter’s presence on the court makes shots other Knick players take more likely to be missed. To a certain extent, Enes gorges on rebounds he helps create in the first place.

The Knicks are not a good shooting roster anyway. There’s an argument that Kanter cleaning up all these misses props up the offense when shots aren’t falling. But that argument can be flipped on its head, making it more important to space rather than shrink the floor given the rosters lack of shooting.

by the way, this is not new at all, because I've clipped this several times this year already pic.twitter.com/7Or8QmdCAm

Offensive rebounding, as a foundational individual skill, is a bit of a cul-de-sac. Especially in Kanter’s case, because he isn’t anywhere near effective enough in other offensive situations.

In today’s NBA, if a big man can’t space the floor with perimeter shooting, he has to be flat out dominant posting up on the block or diving to the rim in the PnR. Kanter is neither, however.

He has some infuriating tendencies in both areas. He’ll often roll into post position, irrespective of the position of other Knick players, hungry for post touches. When he get’s the ball in the post, he’s reluctant to pass the ball out again, regardless of how many defenders are collapsing on him. This has been evident this season even despite a career high assist percentage of 13 percent, a number which is buoyed by dribble handoff assists, but is still an impressive improvement.

Plays like this are indicative of a general lack of offensive feel, of nuance, to Kanter’s game.

I'm crying what the hell is this Enes LMAO pic.twitter.com/4zRME2NCBG

Given the extent of his calamitous defense, Kanter has very little margin for error on offense, where he has to add clear value to warrant his minutes. As a player who can’t shoot or pass, is just OK rolling to he rim, and somewhere between OK and good posting up—Kanter’s value rests almost solely on his offensive rebounding, which itself has murky value.

Kanter has been protesting his diminished role with the team recently with a series of tweets that are about as subtle as his defensive footwork, and he has refused to answer questions about these tweets, because he’s very professional like that. He’s unhappy with what he deems to be an unfair demotion by David Fizdale, in the name of development, despite his crystal clear (in his eyes) on court value.

If Fizdale would just give him back his starting job, give him his post touches, it would give him a chance to drag the Knicks out of their slump. He’d probably lead the Knicks to the playoffs. He’d find some rhythm and finally get to show off his three-point stroke he honed during the summer. Maybe then people would stop talking about his defense. The free agency pitches would roll in during the summer of 2019.

Or, alternatively, he elbows his way out of New York—a city he purportedly loves—on the back of a series of passive aggressive tweets almost as bizarre as they are delusional. Enes arrived in New York as a welcome symbol of closure to the Carmelo Anthony saga. He was fun, in a goofy way, and that was refreshing. What was fun last season, has quickly turned to friction.

Kanter now cuts a disconsolate figure. He is venting, as he often does, via Twitter. This isn’t abnormal, Kanter’s tweeting trends towards weirdness generally. It’s understandable, given he’s a player about to enter free agency in his theoretical prime. But it’s difficult to sympathize with a veteran player who’s acting the age of the 20-year-old Mitchell Robinson who took his spot.

Maybe Enes Kanter is a really good guy. It’s just not clear he’s a good basketball player, on either end of the floor.