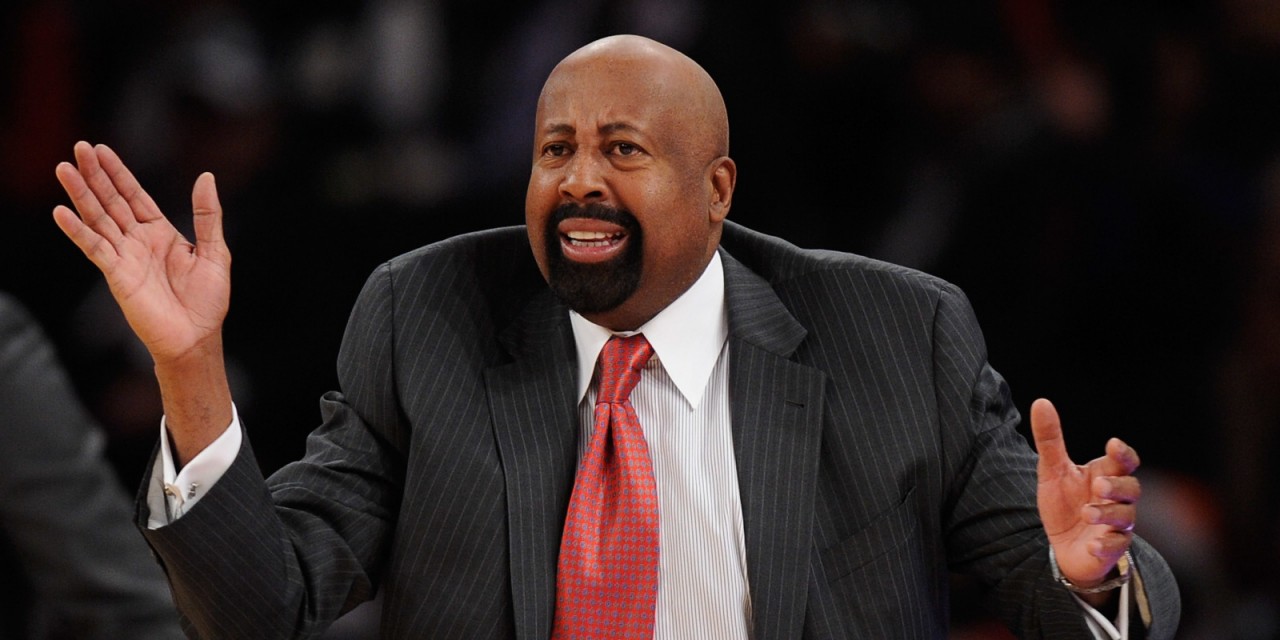 The Knicks are retaining two prized assistants, but former head coach turned assistant Mike Woodson is going back to his alma mater Indiana.

Hearing that former #iubb star & Knicks and Hawks assistant coach Mike Woodson has emerged as the frontrunner to be the next Indiana basketball coach.

Woodson played at Indiana from 1976 to 1980 alongside Isiah Thomas and then-coach Bob Knight. After leaving Indiana, he was selected by the Knicks with the 12th overall pick in the 1980 NBA Draft.

Woodson returned to the Knicks this past summer as an assistant coach under head coach Tom Thibodeau after coaching the Knicks first as an interim head coach in 2012 before earning the full-time job from 2012–14. Originally an assistant under Mike D’Antoni, Woodson earned the head coaching job as an interim and kept it after guiding the Knicks to the playoffs. Woodson finished with a 109-79 record with the Knicks and led them to two playoff appearances in three seasons—the franchise’s last postseason appearance.

Prior to his return with the Knicks, Woodson spent time as an assistant coach with the Los Angeles Clippers.

The Knicks lose an assistant coach after retaining fellow assistant coach Kenny Payne and associate head coach Johnnie Bryant. Bryant was rumored to be connected to the head coaching position at the University of Utah while Payne was a finalist for the head coaching position at the DePaul University. Part of the esteem of filling out Thibodeau’s coaching staff has led the Knicks to notice suitors lurking for talent from club’s the deep bench.

And the Knicks released a statement from team president Leon Rose on Woodson’s decision to coach the Hoosiers.

»READ: Breaking down the pasts and presents of Tom Thibodeau’s coaching staff

»READ: What does Mike Woodson’s return mean for Tom Thibodeau and New York?

»READ: Revisiting random seasons of the past: 2011–12 lockout team