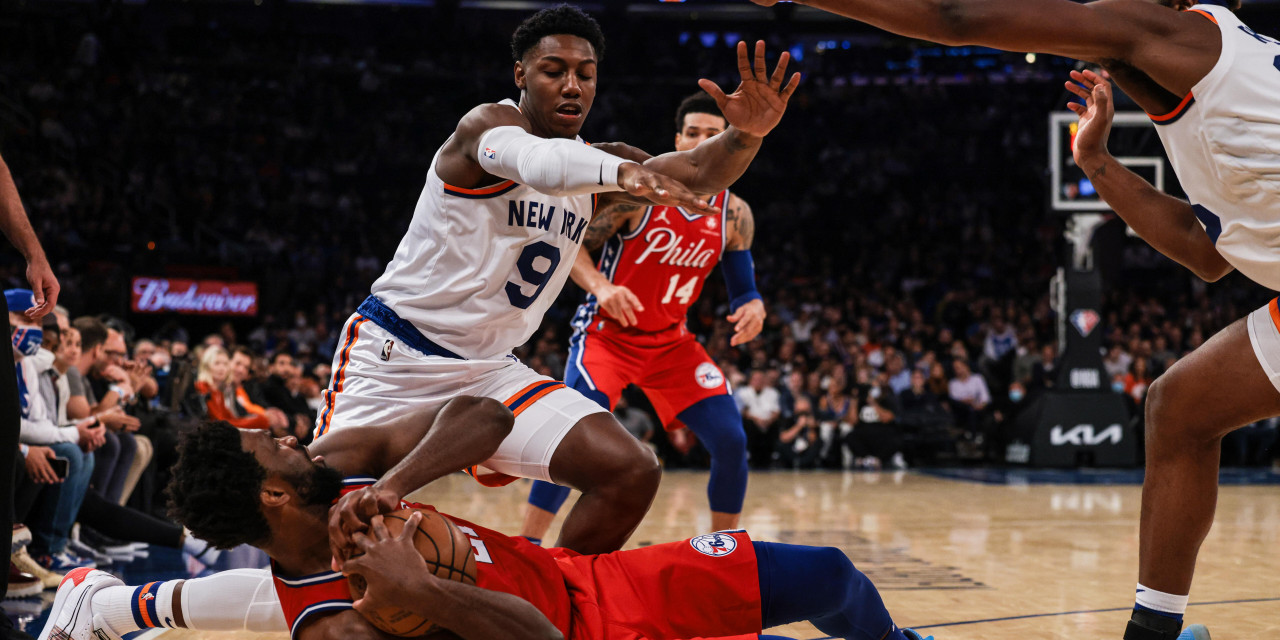 The Knicks’ second-quarter run fueled a lead that could not be broken by Joel Embiid and the Sixers, snapping a losing streak to Philly.

Talent has been the main divider between the two clubs, however, the latest iteration of the Knicks-Sixers rivalry oozes big brother versus little brother vibes, with Philly being the elder. Although the key players are slightly different, at their cores, Tom Thibodeau’s Knicks and Doc Rivers’ Sixers are built to do the same things well: lock up and launch three-pointers.

The first quarter was emblematic of that sibling dynamic, with Philly gaining the early advantage. Both teams flashed similar shot profiles, with the Sixers edging out a 26-23 lead thanks to Joel Embiid’s ability to get to the charity stripe.

The second quarter belonged to the bench mob.

Towards the end of last season, this became a key group for the Knicks, and tonight felt like their return to form. It started with Obi Toppin’s hustle play and cascaded from there to the tune of an 18-8 run to grab the lead, and most importantly, get the Garden faithful into the game. Their work helped the Knicks build up a nine-point lead when both starting units checked back in, and the starters ballooned that to a 62-42 lead heading into the half.

The Knicks maintained momentum in the third quarter thanks to strong defense and three-point shooting—and Kemba Walker. Tonight felt like the first game Walker started to cook, scoring nine in the third to help the Knicks sustain a late flurry of three-pointers from Philly to keep a double-digit lead heading to the fourth.

The fourth quarter was more of a grind. Thibodeau had PTSD from Sunday night, calling a timeout when the lead shrunk to 14. The Knicks went cold from deep momentarily, but timely buckets by Evan Fournier and useful boards from Mitchell Robinson kept the Sixers at bay.

In the end, the Knicks put the shackles on Embiid, who shot 2-of-7 for the game, and connected more from three-point range to put a nasty losing streak to a division rival to bed.

Tonight felt like Kemba Walker’s coming out party. Walker had eased into the flow of the team the first three games, taking exactly eight shots per contest.

Walker opened it up much more tonight, leading the way with 19 points on 7-of-15 shooting, and a game-high five treys. There is clearly another gear Walker can hit, but tonight was a major stride in the right direction and evidence of how dangerous the Knicks can be with five capable scorers on the floor at all times.

I THOUGHT THEY WERE FRIENDS pic.twitter.com/BiujPzIfNe

The second quarter as a whole was a beautiful performance by the bench mob, and this was the cherry on top. Quickley knows how to play to the crowd, and to drop a more than capable defender (and former teammate) like Tyrese Maxey made this play especially satisfying.

The Knicks will look to keep the winning coming Thursday against a red-hot Chicago Bulls in the Windy City.