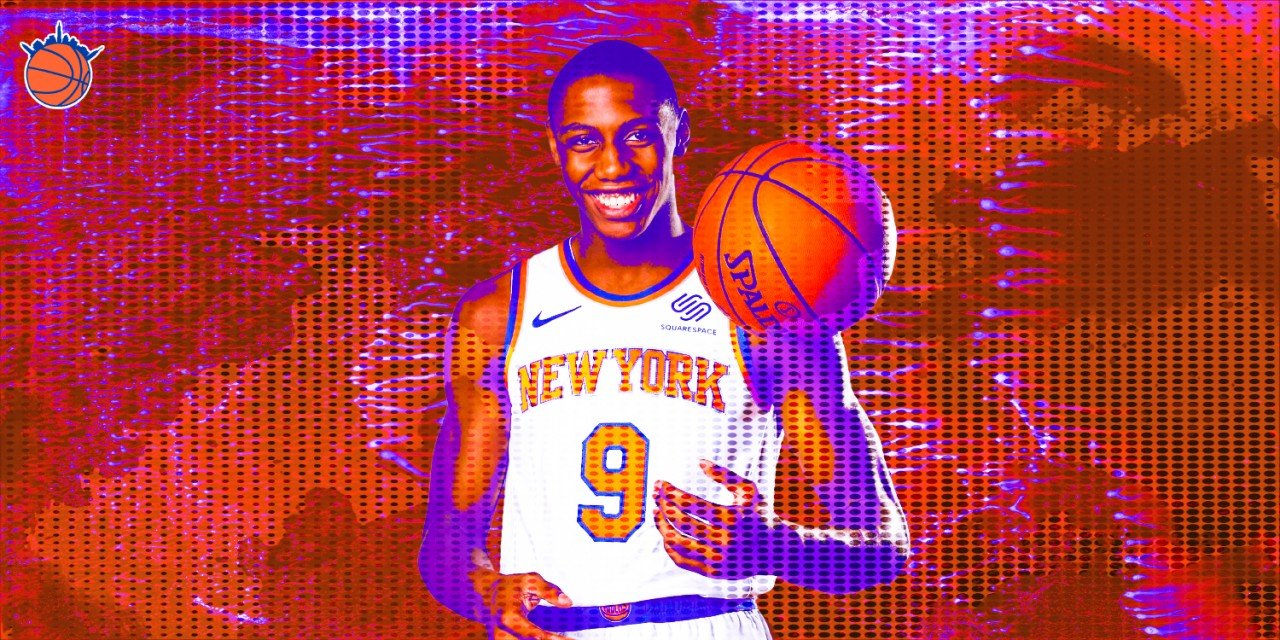 The start of RJ Barrett’s rookie season in the NBA is dramatically close—but will the Knicks swingman fool skeptics or fail to impress?

First, a few disclaimers: we are not talking about the absolute, unfettered, best-case scenario—that would be something like R.J. Barrett winning Rookie of the Year and NBA MVP this season, then dunking on LeBron James for a walk-off Game 7 Finals win at Madison Square Garden … then dropping Funk Flex bombs with President Bernie Sanders. We are also not talking about the absolute worst-case scenario, because we are not sadists. Not today.

As of this writing (this blogging?), we have every reason to love and root for R.J. Barrett. There seemed to be a running joke about the Knicks drafting third in a two-player draft. Miss us with all of that.

The past two no. 3 picks have shown flashes of superstardom in Luka Doncic and Jayson Tatum. Both Joel Embiid and Bradley Beal went third, as did James Harden, Carmelo Anthony and Pau Gasol. Do you guys remember Michael Jordan? Yup, damn right, that dude was a no. 3 pick. Imagine Michael Jordan on the Knicks, but he’s 19 years old and has universal health care? Very baller, extremely good.

Alright, let’s rein it back in. The Knicks are not going to win many games this season, but Barrett’s development will be crucial to understanding where this franchise is heading in the years to come. He’s going to get a lot of shots up, should Barrett stay healthy, and he might have an outside chance at Rookie of the Year (right now he’s third at 5-1 odds). This Knicks roster lacks playmakers beyond the point guard position, and the 6’7″ Barrett might already be the most creative wing on the squad.

The jump shot isn’t there yet, but there’s no rush. The most flattering comparison to Barrett’s muscular, downhill brand of offense would be fellow Duke standout Grant Hill. For what it’s worth, Hill was a high-usage, modestly effective rookie on a 28-win Detriot Pistons team back in 1994–95. Barrett doesn’t need to blow our minds, and he likely won’t be much of a sensation on a bottomed-out Knicks team lacking national appeal. But he does need to assert himself in what New York is doing, and offer at least broad strokes of a franchise cornerstone.

The Knicks haven’t given a second contract to a first-round pick of their own since Charlie Ward. Barrett simply has to play well and look legit enough to not depreciate his value.

He’s so young—I’ve surrendered my basketball hopes and dreams to a person born in the year 2000—and he has ample time to conquer what should be a steep learning curve. If Barrett averages, say, 16 points, five rebounds, and three assists on a bad team, I’ll personally feel great about where the kid could go. Most rookies are statistically underwhelming or inefficient, anyway. Let’s just see something that looks familiar or reassuring, easy on our tortured eyes and Dolan-ed brains.

His style of play could mesh well with other rim-running talents like Julius Randle, Mitchell Robinson, and Dennis Smith Jr. He draws contact and seems comfortable attacking the paint. Barrett will likely be New York’s night-in, night-out shooting guard, with low stakes games to mess around in. The Summer League offense flowed smoothly when Barrett actually committed to setting up teammates. Once he breaks the poor shooting habits that hinder most young basketball players, he should have an opportunity to reward our faith. Quite frankly, after Kevin Knox’s nightmarish rookie season, it would be nice to just see Barrett look like he belongs.

Now, about Kevin Knox…there’s at least a decent chance that Barrett, like last year’s ‘Bockers top draft pick, has a no-good, unglamorous rookie season. Scouts criticized his one-dimensional decision-making at Summer League, and as one executive put it, “everything feels preordained” in his game. If taken to extremes, that will be an ugly match for a Knicks team lacking dynamic scoring options or any real identity. He might turn the ball over a lot with high usage, and Barrett should be easy to defend against until he consistently creates separation. He’s not bullying smaller kids in the ACC anymore.

He might not fool any professional defender for some time. Unless Randle or Smith or Marcus Morris step up mightily, Barrett will lack bail-out options later in the shot clock. What’s the worst-case scenario, injury aside? It’s Barrett looking like every other recent lottery pick we’ve put out there, looking either deeply bewildered on a terrible team (Knox, Frank Ntilikina) or succeeding in another jersey (Kristaps Porzingis).

This can quickly pivot into a darker exercise, but to be blunt, Barrett still has the opportunity to exceed expectations, if only because the floor has fallen out from under us. A best-case scenario with Barrett involves more than the rookie himself, but the progression of DSJ and Robinson and any of the new signings. Could he make life easier for Knox? Yes, honestly, give me a 16 Player Efficiency Rating (PER) season while New York wins 35 games. That would be aces. We know that this toxic collaboration of Knicks x first-round pick has looked so much uglier. And anyway, just barely looking the part is most of living in New York. Barrett has all the time in the world, relatively speaking, so let’s just hope he doesn’t rush himself and stumble all over the place? I guess this is what we signed up for.

Or, you know, 19-year-old Canadian Michael Jordan, whatever thinking suits you right now.

»READ: R.J. Barrett and his playmaking forward possibility of a future