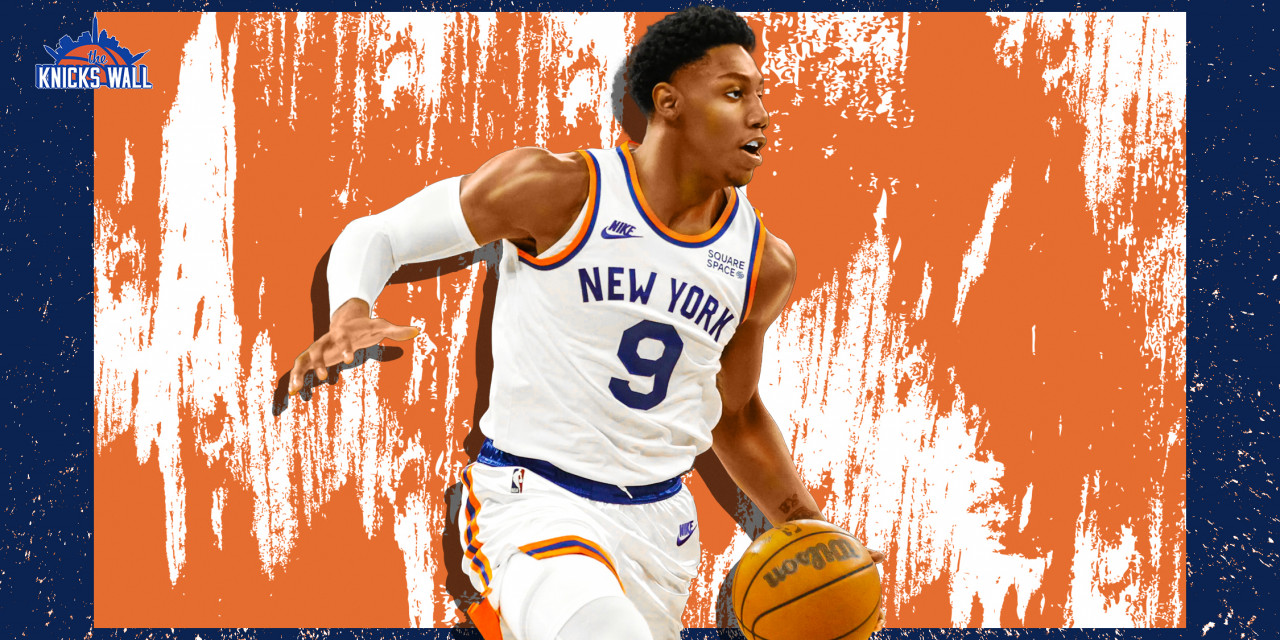 The last couple of weeks have not been kind to RJ Barrett, as the third-year wing has come crashing back to earth following an early-season hot streak. The New York Knicks—and their starting lineup in particular—have cratered alongside Barrett, going 5-8 to start November, losing to several teams they should have beaten, as well as a too-close-for-comfort win against the NBA-worst Houston Rockets.

Among these games is one that feels perfectly representative of Barrett’s game at this point in his career. “Second-half RJ” doesn’t have the same ring to it as “Hoodie Melo,” but there’s an obvious pattern. Barrett comes alive after halftime and the November 15th win at home versus the Indiana Pacers is a perfect example of this phenomenon. He starts out 0-for-6 from the field but bounces back to go 4-for-7 from the floor, including 3-of-4 from deep.

Performance coach and movement trainer Raymond Brenkert is back to share his theory as to why it takes Barrett a bit to get going and praise the young wing’s biomechanical foundations.

Barrett has a tendency to jump forward while shooting, which adds a variable to every attempt and complicates his shooting motion. This could explain his slow starts, his release point would be slightly off depending on how far forward he drifts, so it often takes him a bit to adjust in-game.

However, everything else is textbook. His alignments are perfect on defense—which helps explain his defensive talents—and through (most) of his landings, which should help prevent injury.

Perhaps it’s hereditary. RJ’s father, Rowan Barrett, played internationally, thus correct biomechanics could be in his genes. Another possibility is that godfather Steve Nash, who played with Barrett Sr. in Canada, imparted some of his wisdom to a young Junior. Mostly because it’s fun to imagine baby Barrett out in the driveway learning from his father and a two-time MVP. Things such as ankle flexion can easily be overlooked by young players, it makes sense that someone would have gotten to him early and showed him how to do the little things right.

Regardless of where he learned it from, these mechanics bode well for Barrett in the long run. For now, they help provide him with a floor. When he’s struggling to put the ball through the hoop, they help him contribute on the defensive end, ensuring he’s in the right position to stay in front of his man. Ideally, as RJ develops as a scorer, they will also prevent him from backsliding on defense when putting in more effort at the offensive end. Barrett’s biomechanics helped him be able to contribute as a 3-and-D player at 21 years old, and they’ll be a major asset as he works towards becoming an elite two-way star.

»READ: The numbers are catching up to RJ Barrett’s progress