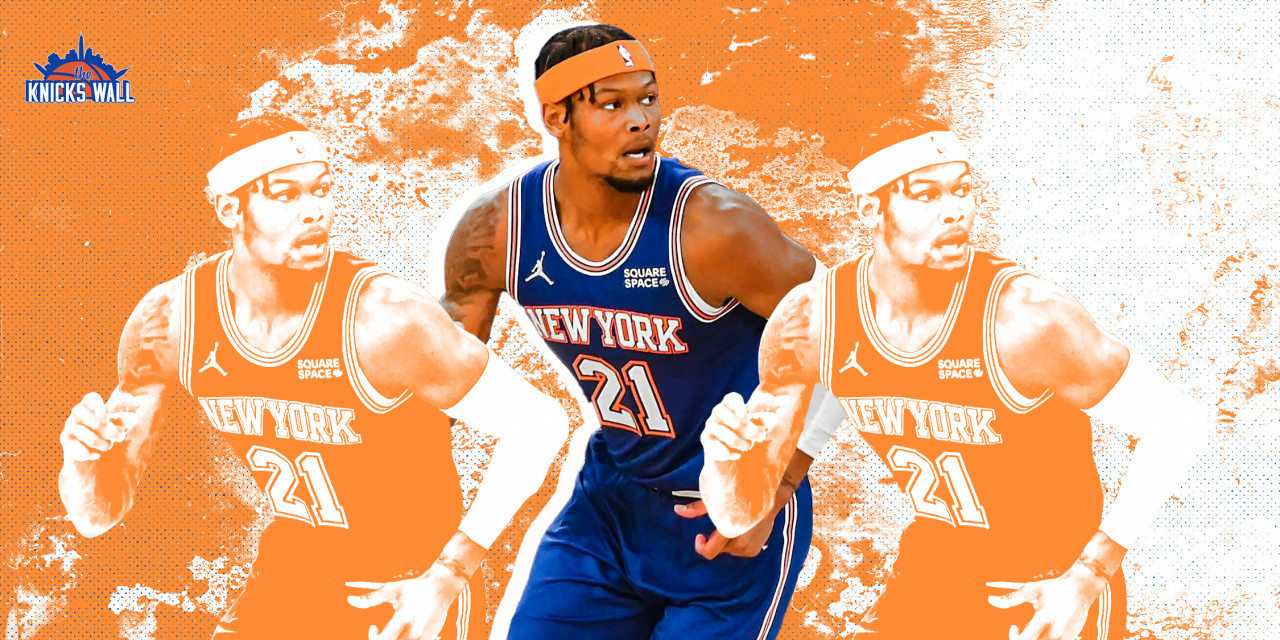 Cam Reddish was just acquired by the Knicks, yet the team is showing a reluctance to play him. That reluctance has some health benefits to it.

It may not be what you want to hear, but New York Knicks head coach Tom Thibodeau’s reluctance to play the newly acquired Cam Reddish may be the best thing for the young wing’s career.

Through New York’s February 2nd matchup with the Memphis Grizzlies, the 22-year-old has played a hair over 20 total minutes while Thibs trots out Evan Fournier and Alec Burks night after night. Call it coping, but the NBA trade deadline is fast approaching, and a hot shooting streak from one of the Knicks’ veterans could end up yielding a first-round pick with the team in the midst of a season in which “winning now” is a fading possibility.

Coincidentally, Reddish was suffering from a right ankle sprain when he arrived in New York, and Raymond Brenkert, a performance and movement trainer, believes that this injury can be traced back to an Achilles injury Reddish suffered last March while with the Atlanta Hawks. He’s also concerned that playing on that right leg could cause long-term complications for the third-year player if that injury isn’t totally healed.

Brenkert explains that rest is the only thing that will allow the Achilles to heal and while he’s looked healthy in his limited appearances, it’s better safe than sorry when it comes to the Achilles tendon. Besides increasing his risk of suffering a catastrophic rupture of that Achilles, a weak tendon is going to have to draw on other parts of the leg for support and stabilization—like the knee or in this case, the ankle.

Hopefully, the Knicks are just bringing Reddish along slowly—helping him get acclimated both physically and mentally—while also trying to boost the value of their veteran wings.

It’s not something you can be open about while in trade conversations, but this time we’re hoping it’s a strategic lack of transparency—as opposed to the Knicks’ bog-standard lack of transparency for its own sake—because if the deadline comes and goes, and Reddish still isn’t in the rotation fans may riot.

Kevin Knox and a heavily protected first-round pick is exactly a king’s ransom, but it’s still better than Cam Reddish if for some reason you do not play Cam Reddish. A 6-foot-8 wing with a wingspan of over seven feet, the former lottery pick has plenty of potential. Others here at TKW have covered what Reddish can bring on the court. Instead, I would like to point out just how stupid it would be to move an asset to bring in a former college teammate and close friend of your hopeful future franchise player, RJ Barrett, only to leave him on the bench.

February 10th is the NBA trade deadline. The Knicks will be rounding out their west coast road trip against the Golden State Warriors and the Portland Trail Blazers on the 10th and the 12th respectively. If Reddish isn’t a larger part of the rotation by the time they host the Oklahoma City Thunder at MSG on the 14th then fans will be yelling something at Thibs that isn’t “Happy Valentines’ Day.”