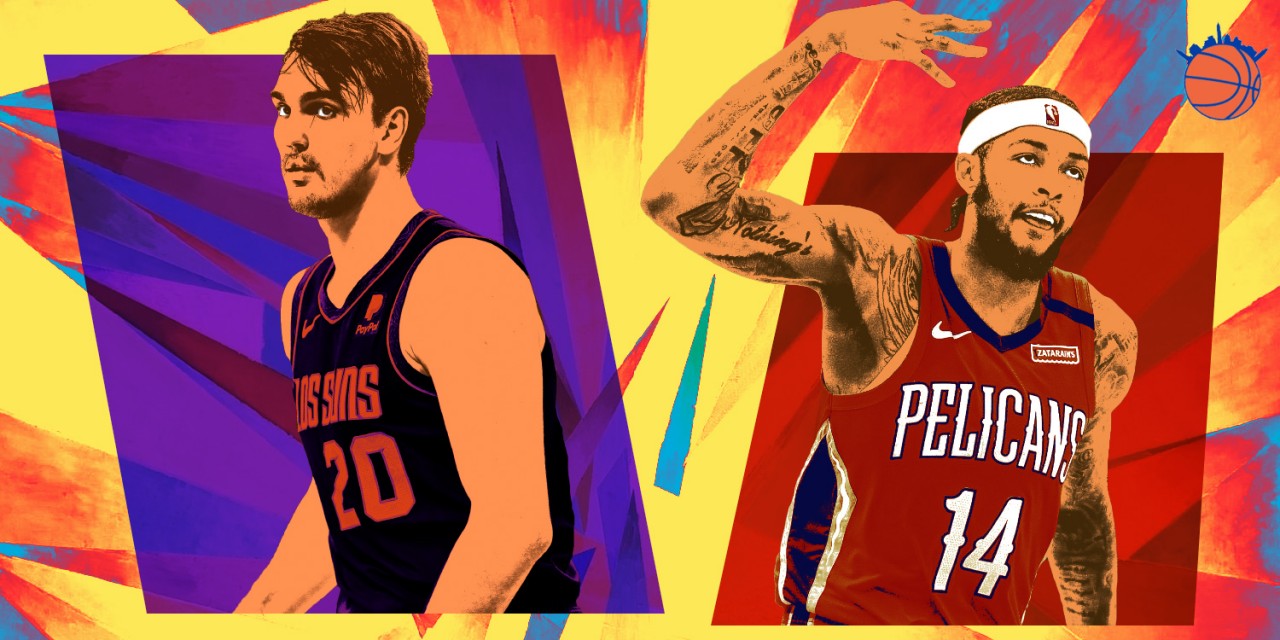 Without the top quality stars the Knicks can try and fail to pursue this summer, Brandon Ingram and Dario Saric are two restricted free agents that make sense.

The upcoming 2020 free-agent class is not last year’s. Without any unrestricted superstars to woo, the New York Knicks won’t be able to supercharge their rebuild—but it also means they won’t short sell their future off rumors and whispers.

Meanwhile there are still ways for the Knicks to build around their young core responsibly.

In his first season in New Orleans, Brandon Ingram has excelled in an expanded role, but as of last month most NBA executives didn’t think he was worth a max contract, per Tim Bontemps of ESPN. Should the New Orleans Pelicans allow him to test his market, the Atlanta Hawks, the Memphis Grizzlies and the Detroit Pistons are the only other teams besides the Knicks that would currently be able to offer Ingram a max offer sheet under the projected cap. New Orleans would still have the opportunity to match, but if they don’t believe he’s the right piece to pair with Zion Williamson then they could balk at a max.

At next season’s start, Ingram will be 23. He’s averaging 24.3 points and 4.3 assists per game, and shooting 38.7% from deep on 6.3 attempts (up from 1.8 last season) per game. He’s improved every season, he fits the timeline of the rest of the team, and plays a position the Knicks desperately need: a wing with his ball-handling skills lessens the team’s need for a traditional point guard, which they also lack.

Offensively, Ingram’s presence would provide R.J. Barrett and Mitchell Robinson with more spacing, and fostering their development should be the organization’s top priority. Additionally, we don’t know how high Ingram’s own offensive ceiling is.

Coincidently, Ingram’s unique svelte frame, which lends itself to mesmerizing style, makes it difficult to project how he looks going forward on the defensive end of the floor. Do you want to pay max money to a wing that could potentially be so physically overmatched? That may explain New Orleans’ hesitancy.

What if Ingram, like Carmelo Anthony, plays his best offensively at the floor, and this time rather than not wanting to play there he can’t because he’ll get bowled over at the other end? He’s a gifted passer, but will he turn to a chucker when he’s given free reign?

Ingram is a risk worth taking for New York. There’s no other way for them to add a player of his caliber without emptying the chest of assets. Grabbing a player as good and as young as Ingram is for just cap space is the type of move New York needs to make. The Knicks need an infusion of talent above all else.

Having Robinson roaming the paint helps mitigate any defensive concerns, and although they haven’t played together much, Williamson has thrived with Ingram on the floor. Now thus far Zion has prospered regardless of his surroundings, but to this point, Ingram hasn’t held him back. It’s impossible to project how he would interact with Barrett, but even in the worst possible scenario I imagine R.J. would at least rather have it be fellow Duke alum Ingram looking him off than Elfrid Payton or Julius Randle.

Young players like Ingram rarely get away from their teams in restricted free agency, the Knicks shouldn’t get too picky go get the forward if they can. Grab some talent and figure out the rest later.

While Randle is under contract for next season, it’s also possible he gets moved as an expiring deal before the deadline. The Knicks have a team option on Bobby Portis’ deal and have guaranteed only $1 million of Taj Gibson’s salary. Do not get mad about the prospect of adding another power forward this offseason.

With that now out of the way, Dario Saric has bounced around the league during the last two seasons, traded from Philadelphia to Minnesota for Jimmy Butler, then on to the Phoenix Suns for the rights to Jarrett Culver.

Saric has the potential to actually do what the Knicks had hoped to do with this season’s assortment of power forwards. He shoots the three at a high clip (34.1% this season, 35.6% in his career) and is a willing passer. In other words he’s the right kind of complementary piece for this era of basketball.

From his NBA beginnings as an ancillary piece of “The Process,” to taking a backseat to both Karl-Anthony Towns and Devin Booker, Saric knows his place in the NBA. His usage rate has dropped every season of his career, but this year he’s posting a career-high assist ratio, as 15.8% of Suns’ field goals come off of a pass from Saric when he’s on the floor.

With the Knicks’ lack of talent at point guard, having skilled and willing passers at every other position becomes all the more important. Saric’s not going to revolutionize the team, but like Ingram, his shooting and passing abilities could open up the floor for the rest of the Knicks; albeit through different positioning.

Phoenix has the opportunity to make Saric a restricted free agent with a qualifying offer this summer. If, like New Orleans, they don’t see Saric as the right player to pair with their own star, Booker, then they may decide to just let him become an unrestricted free agent.

The Knicks spent last offseason hunting for stars and got burnt. They leveraged their future to make a run at Kyrie Irving and Kevin Durant. This season they should take a step back, and not just because it’s a weaker free-agent class.

Ingram is worth taking a swing on, but when push comes to shove will the Pelicans decide not to match and let a 23-year-old second overall pick leave for nothing? It’s worth testing. And Saric, who’s only 25, may have his own market of contenders vying for his services, but a motivated Knicks team should be able to lure him in without breaking the bank.