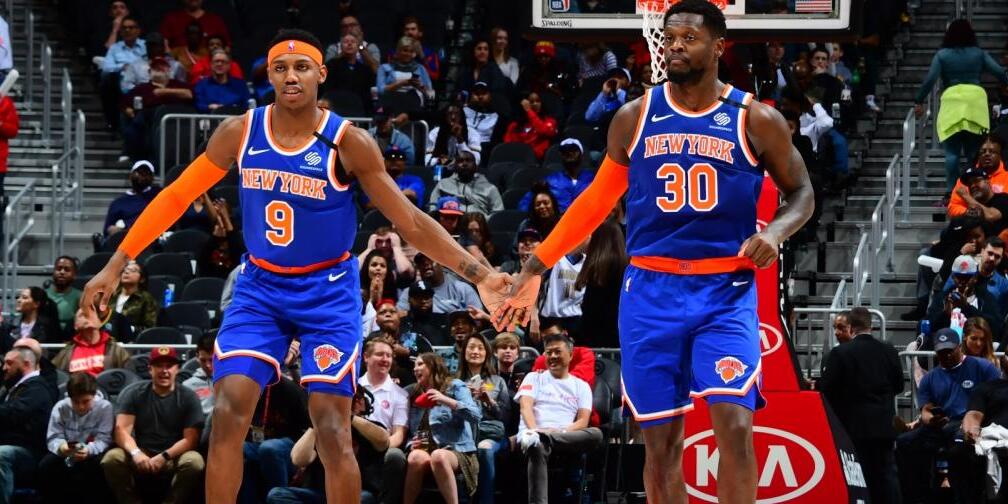 The Knicks are ready to put last season behind them. Jesse Cinquini is here to break down a few 2022-2023 games to circle on your calendar.

We’ve officially reached the dog days of the NBA offseason. Free agency-related activity has died down as of late, considering most of the 2022 class has already signed new deals, and training camp is about a month away. It’s a time of year when there’s not much going on in the league.

Despite the dried-up free agent pool and the absence of NBA basketball, some important Knicks news has come out recently – though maybe not the news fans have been waiting so anxiously for. Last week, the Knicks released their 2022-23 schedule in full, which includes preseason and regular season contests.

In an attempt to comprehensively break down New York’s 82-game slate, this article has two sections: a quick hitters section filled with short, general facts about the schedule. Then, the second section spotlights two games that Knicks fans should circle on their calendars.

– New York will begin its regular season in Memphis against the Grizzlies on October 19th. It is important to note that the Grizzlies will be without their two-way star, Jaren Jackson Jr., who underwent surgery earlier this summer to repair a stress fracture in his right foot.

BREAKING: Memphis Grizzlies F Jaren Jackson Jr., underwent surgery to repair a stress fracture in his right foot on Wednesday and is expected to be sidelined for 4-to-6 months, sources tell ESPN. Jackson is expected to make a full recovery. pic.twitter.com/RBFlyYiiUq

-The Knicks will play 10 of the 14 teams in the Eastern Conference four times apiece during the 2022-23 campaign. But there are four squads in the East the ‘Bockers will see just thrice – the Orlando Magic, Chicago Bulls, Milwaukee Bucks, and Charlotte Hornets.

-New York’s longest road trip is scheduled for early in the season. From November 15th to 21st, the Knicks will travel across the West Coast for a daunting five-game stretch. Three of those games – Phoenix, Denver, and Golden State – will be against opponents with legitimate title aspirations.

-Floor general Jalen Brunson will return to Dallas when the Knicks battle the Mavericks on December 27th. Brunson spent the first four seasons of his NBA career in Dallas, averaging 11.9 points and 3.7 assists per contest.

-As is tradition, the Knicks will play on Christmas day, this time around against Joel Embiid, James Harden, and the Philadelphia 76ers. This noontime showdown will mark the 55th Christmas day game in Knicks franchise history.

A short time ago, this game would not have been in consideration for a spot here. Earlier in the month, the consensus was that at least one of Kyrie Irving or Kevin Durant wouldn’t return to the Nets next season, if not both of them.

But recent news has dispelled this notion. The Athletic’s Shams Charania reported Monday that Irving is “committed to the 2022-23 season in Brooklyn.” And on Tuesday, general manager Sean Marks announced that the Nets and Durant have agreed to “move forward.” After months of hoopla, the Nets are running it back with their two stars.

With Irving and Durant remaining in the fold for Brooklyn and the Knicks improving this summer after signing Brunson and Isaiah Hartenstein and potentially dealing for Donovan Mitchell, the battle for New York is shaping up to be as competitive as it has been in years.

There is a legitimate argument for both the Knicks and the Nets as the best squad in the state. The rivalry between the teams has been relatively one-sided the last two seasons – the Nets are 7-0 against the Knicks since the start of the 2020-21 campaign – but expect this to change and for the ‘Bockers to pick up a few crosstown wins in 2022-23, especially if injuries pop up for the Nets as they have the past few years.

The first opportunity the Knicks will have to break Brooklyn’s seven-game winning streak is on November 9th at the Barclays Center. It will be New York’s 11th game of the new year. A road win for the Knicks to kick off the season series could serve as a valuable confidence booster for a young team that hasn’t been able to defeat the veteran-led Nets since the dawn of the decade.

There’s no better measuring stick game on the 2022-23 calendar.

Yes, the Knicks will also play the Warriors earlier on in November. But New York will be the away team for that outing and in the midst of the aforementioned five-game road trip. It may be wishful thinking to believe that the Knicks will keep things competitive during their first matchup with the defending champs.

That said, the second and final showdown between these two franchises should be must-see television. First off, New York will be in Madison Square Garden’s friendly confines this time and in front of adoring fans. It’s impossible to understate Knicks fans’ passion for the game – it is simply unparalleled in professional sports. So best believe the Garden will be rocking.

Another part of what will make this game so compelling besides the fact that the ‘Bockers will be at home against the champs is the head-to-head matchups. Stephen Curry versus Jalen Brunson (a Western Conference Finals rematch). Potentially – hopefully – Donovan Mitchell versus Klay Thompson. RJ Barrett versus Andrew Wiggins. Heck, even Draymond Green versus Julius Randle. These names are some of the best players in the NBA at their positions.

Having another ball screen threat (Jalen Brunson) on the floor with Luka Doncic adds helpful layers to the Mavericks' half-court offense.

On this possession, Mavs bring Brunson out of the corner with Steph Curry guarding him—making him work to get through a DHO & re-screen. pic.twitter.com/1eM46Surye

Make sure you free up your schedule in advance for the evening of Tuesday, December 20th. Cancel plans or anything else that could impede you from watching this game (half joking). You will likely learn a whole lot about the identity and potential of the 2022-23 Knicks from tuning in.

»Read: Grimes vs. Quickley: who has more trade value?

»Read: Will Obi Toppin break out in year three?