Breaking Down the Knicks and Celtics Season Series 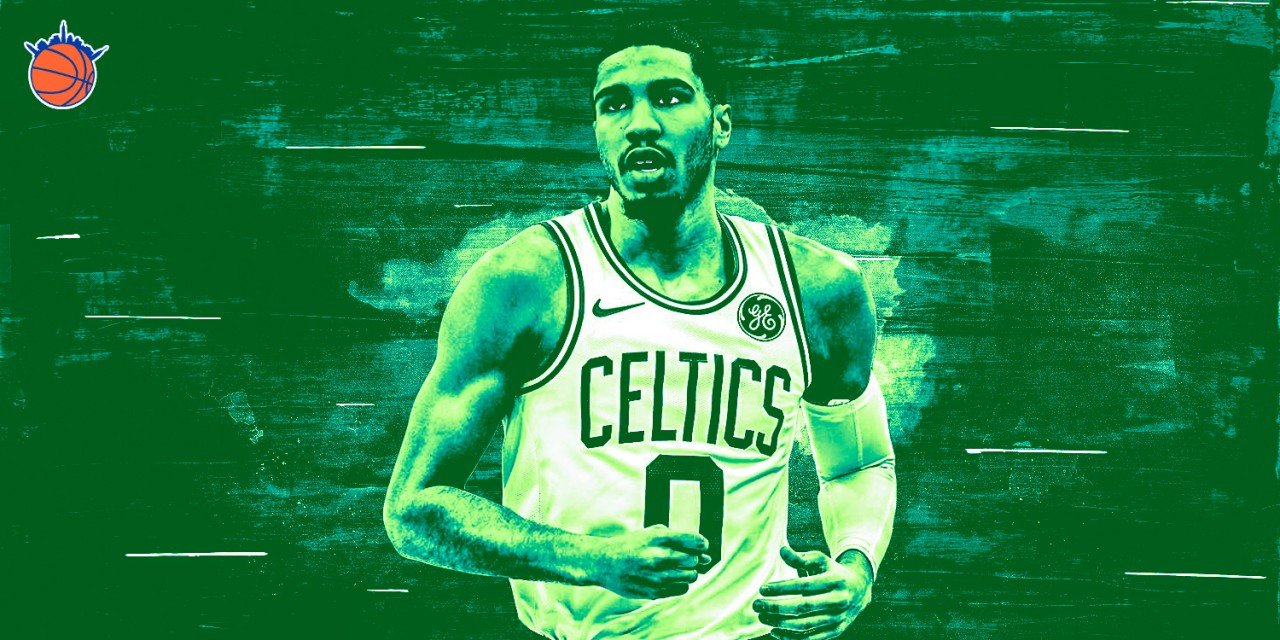 The Atlantic Division is quietly stacked this year.

Two teams, the 76ers and Celtics, have fanbases that expect to make deep playoff pushes. Two others, the Nets and the Raptors, are whispering about the same outcome behind closed doors.

And why not? Philadelphia figures to have the best defense in the entire NBA, and I’m not sure if you’ve heard, but one large, very important Australian guy just drained his first three-pointer in an NBA uniform. The Celtics are going to have much better ubuntu this season, to borrow a Doc Rivers’ mantra from his Boston days. The Nets have Kyrie Irving and a surprisingly deep roster. The Raptors lost Kawhi Leonard, but managed to win a lot of games last year while he was managing his load.

Then there’s the Knicks. Discourse around New York is more charged than it’s been in a while; those who feel the team rebounded well this summer really feel that way, while those that don’t, well…

The Knicks are gonna revolutionize the NBA this season — nobody is gonna have an answer for this. pic.twitter.com/WW9mvpLpZA

Regardless of your opinion, the Knicks enter their division as the clear underdogs (Vegas currently has them at 500-to-1 to win).

While I’m entirely certain they aren’t the cream of the crop in the Atlantic, I think they have the requisite talent to fight their way to some wins against divisional opponents.

Let’s take a look at their season series versus the Celtics, whom they play four times.

For two centers who entered the league in complete opposite ways—Williams the hyped monster out of Texas A&M University, Robinson the sleeper-cell gem in the second round of the draft—these two have a lot in common.

At 21 years old with a strong, 6-foot-10 frame, 7-foot-6 wingspan, and endless bounce, Robert Williams might be the closest thing to Mitchell Robinson as an athletic prospect right now.

Functionally, they serve very similar roles, too, although Robinson’s is much more fleshed out at this point in their respective careers. The two giants are asked to dominate the paint on both sides of the ball, finish lobs, and set screens that initiate action.

Their defensive profiles, per Cleaning the Glass, are eerily similar too, with Williams projecting as perhaps an even more imposing shot-blocker than Robinson, who is already prodigious on that end.

With Robinson now entrenched as the Knicks’ starting center, Celtics’ coach Brad Stevens will have no choice but to play Williams big minutes.

It should make for an explosive showdown (think: Pacific Rim but if the robots and monsters had hops).

Another reason why these two teams match up so well: wing depth.

While New York has a litany of perimeter-oriented forwards to throw at Boston—R.J. Barrett, Marcus Morris, Julius Randle, Bobby Portis, Reggie Bullock (provided he can right his health issues)—the Celtics can match.

Most fans are familiar with the Green Trio: Gordon Hayward, Jayson Tatum, and Jaylen Brown, in whatever order you fancy. But the Celts just drafted Grant Williams out of the University of Tennessee, a 6-foot-7 bruiser with good fundamentals, and Romeo Langford from Indiana University, a smooth operator at 6-foot-6.

Semi Ojeleye can soak minutes. Marcus Smart can defend bigger guys, allowing Stevens to play him at the three in super-small lineups.

This will be one of the major X-factors when these two teams face off. Which side’s wings will best the other? Who’s going to be hungrier for loose balls? Which one of these gentlemen will be able to step up in the clutch?

How will Barrett stack up against Tatum, a fellow blue chipper from Duke?

(By the way: everyone penning the last chapter of what they think is the end of Gordon Hayward should tread carefully. He’s looked excellent in the preseason, and Stevens will be able to find minutes for Brown and Tatum elsewhere.)

Can Fizdale find the right lineups to get Stevens out of his comfort zone?

It’s clear what Stevens likes to do on offense: run Kemba Walker off set actions to help him penetrate or get to a comfy pull-up spot, then allow the floor to flow into secondary dribble-drive actions if that fails.

Hayward and Tatum will act as pressure-release valves, options for Walker to kick the ball out to when defenses collapse on him, leaving the former two players opportunities to attack scrambling defenses.

The question for the Knicks is: can Fizdale find a way to make playing those three guys uncomfortable?

Kemba is exploitable on defense, just like any undersized point guard. Does Fizdale opt for a big lineup with, say, Barrett and Kevin Knox in the backcourt to try and hunt Walker down with clear-the-floor post-ups? That would leave the Knicks with precious little spacing, but great offensive rebounding chances.

Or does Fizdale space the floor with Marcus Morris, Julius Randle, and Bobby Portis in the frontcourt to abuse one of either the lead-footed Enes Kanter or Williams, who prefers to stay near the rim and deter shots?

Stevens is renowned as one of the best X’s-and-O’s coaches in the league, despite a down year in 2018–19. Fizdale is known as a coach that players like. We’ll see if that has an impact on how this season series unfolds.

»READ: Can the New York Knicks sneak into the playoffs as an eighth seed?