Breaking Down the Knicks’ Season Series vs. the Boston Celtics 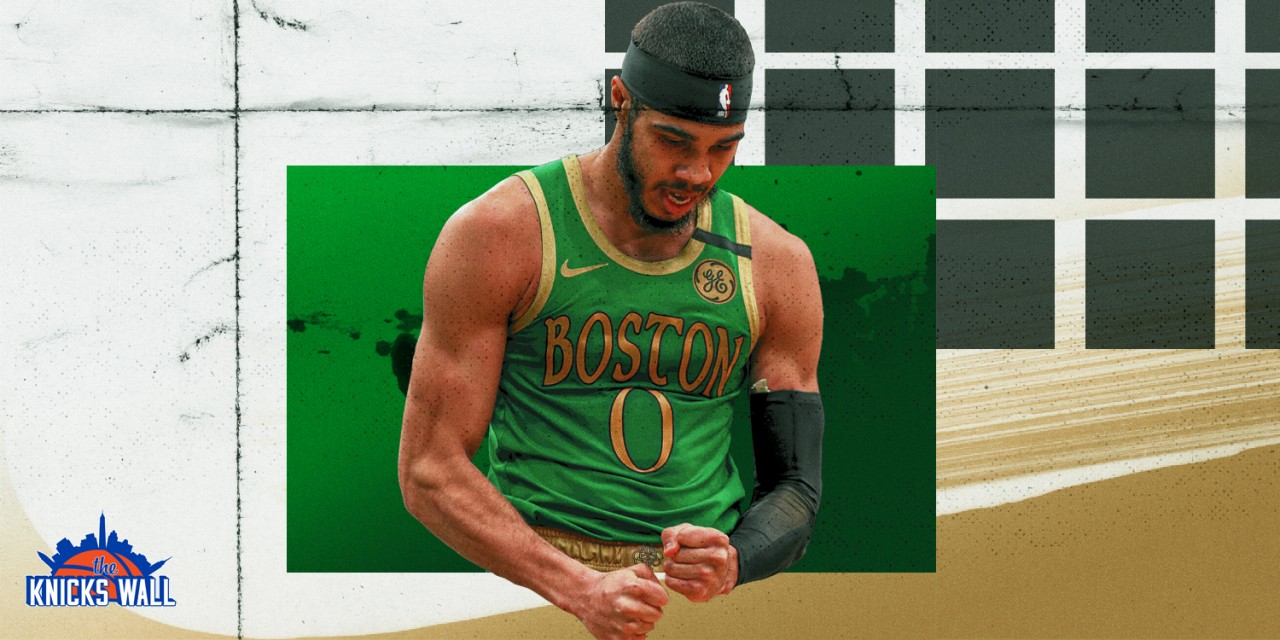 The Knicks play their division rival Celtics three times in 2020–21 and it will be a great test of where young talent goes and where it still needs to go.

During their shortened 72-game season, the New York Knicks are scheduled to face off with Atlantic Division counterpart Boston Celtics three times, with the first matchup coming Sunday, January 17th, per ESPN.com (assuming all goes well with COVID-19). With the regular season schedule being released in two segments, the other two matchup dates are TBD, per NBA.com.

There is no denying the fact that the Celtics own a distinct advantage in overall talent and coaching over the Knicks. Jayson Tatum, Jaylen Brown, Kemba Walker, and arguably Marcus Smart, are better players than anyone currently on the Knicks roster, likely making this season series a lopsided trio of matchups.

Having said that, divisional games and rivalry games like New York–Boston tend to have a little bit more juice than your average regular-season games and I do like the direction the Knicks are going in terms of defensive improvement and player development, so maybe we will see some competitive contests and maybe even a ‘Bockers victory over the Celtics.

Let’s take a look at this season’s edition of Knicks-Celtics and what to keep an eye on.

For the third time in four seasons, the Celtics’ season ended in the Eastern Conference Finals. This time, they were bounced out of the bubble by an upstart Miami Heat team in six games. While not many people expected the C’s to win the NBA title last season, the playoff exit ahead of the Finals was disappointing, given the their elite young talent and high expectations.

During this truncated offseason, Boston saw former All-Star Gordon Hayward exit in a sign-and-trade to the Charlotte Hornets, ending the 30-year-old’s eventful tenure in Beantown. The Celtics also lost rotational big man and former Knick Enes Kanter and a solid guard off the bench in Brad Wanamaker.

In terms of additions, the Celtics added veteran point guard Jeff Teague and also acquired Tristan Thompson to help bolster the frontcourt. Both of these are solid moves, but not ones that will shake up the landscape of the Eastern Conference by any stretch. In the draft, Boston landed Vanderbilt sharpshooter Aaron Nesmith with the 14th overall selection and drafted savvy point guard Payton Pritchard from Oregon at 26.

While Boston didn’t wow anyone with their offseason, they are still expected to roll out one of the best core fours in the NBA with Walker, Brown, Smart, and Tatum, who inked a massive five-year, $195 million contract extension this offseason, solidifying him as the cornerstone of the Celtics for years to come.

Slowing Down The Stars

Very few NBA teams have four guys who are capable of giving you 20 points per night and the Celtics are one of them. Their aforementioned core four is extremely potent and could easily take advantage of the Knicks’ poor perimeter defense throughout the upcoming season series. I do think the Knicks will be a better defensive unit overall under Tom Thibodeau, but good enough to beat the Celtics? Not sure about that.

To me, physicality will be the key when trying to slow down Walker and Tatum. Walker is an excellent leader and consistently underrated scorer, but he lacks size and doesn’t welcome contact like other guys who play the position. This is where Frank Ntlikina could be a valuable asset. If Frank can continue to be a plus on the defensive end and be able to disrupt Kemba’s ability to distribute the ball and shoot from behind the arc, this could go a long way in a potential Knicks victory over the C’s.

With Jayson Tatum, as immensely talented as he is, he too is not a physical specimen who has experience dealing with hard contact. Recently acquired Michael Kidd-Gilchrist, a good defender, could be a good option to contain Tatum, who is looking to make that jump into the superstar tier this season. Also, it is important to note that the departure of Hayward puts more pressure on the 22-year-old to increase his scoring output.

In terms of Brown and Smart, they are more highly emotional players who have had issues with offensive inconsistency, despite the fact that they are great players. As we’ve seen on numerous occasions in last year’s playoffs, Smart’s energy is infectious and gives the Celtics a unique jolt that not many players can provide. Once Smart starts getting on a roll offensively, it takes the pressure off of the other three main guys. Keeping Marcus Smart at bay is much more important and not always an easy task, considering he can contribute in a variety of ways. Making sure Brown and Smart don’t get open shots or make exciting plays is one of the many things the Knicks must to effectively to keep these games competitive.

Sure, Tristan Thompson was overpaid by the Cavs and was a more relevant name in the pop culture world than on the basketball court after LeBron James left, but nonetheless, he is still a good big and an upgrade over what the Celtics trotted out there last season.

Thompson isn’t going to be much of a threat outside of the paint (and the Celtics don’t need him to be), but while in the paint, he has a good propensity for timely rebounding, put-backs and defense.

Mitchell Robinson, from whom Knicks fans expect a leap in performance this year will face a tough assignment in Thompson. Robinson is superior in terms of athleticism and size, but is still somewhat raw and can has proven to have been neutralized by more savvy, veteran big men at times last season. Good stat lines against the Celtics will be something to keep an eye on this year as it looks like Thompson will be one of the better defensive bigs Mitch squares off against.

I know coaching isn’t the most exciting aspect of an NBA game, but Brad Stevens versus Tom Thibodeau is definitely something to watch going into this season.

Stevens, one of the best coaches in the NBA, has a boy genius persona to him and is very soft spoken, which is the antithesis of Thibs, who is a more gruff and hard-nosed type of coach. Just watch them for a game and you will notice a visible difference in how they approach the game and how they motivate their players.

However, both coaches have had success in the NBA and have immense respect for each other, going back to Thibs’ days in Chicago when Stevens first broke into NBA coaching.

Stevens clearly has more to work with than Thibodeau and can often sit back, arms folded, and watch his young stars take the Celtics to the promise land, while Thibodeau will likely be doing a lot of yelling and barking, as he tries to develop his young players and prove to the NBA world that he can still coach and be relatively successful, despite the obvious lack of talent in New York.

Thibs’ knowledge of the game combined with his experience will be much more of a challenge to coach against than last year for Stevens, who faced off against David Fizdale and Mike Miller.