Breaking Down the Knicks’ Sloppy Game 1 Pick-and-Roll Defense vs. Hawks 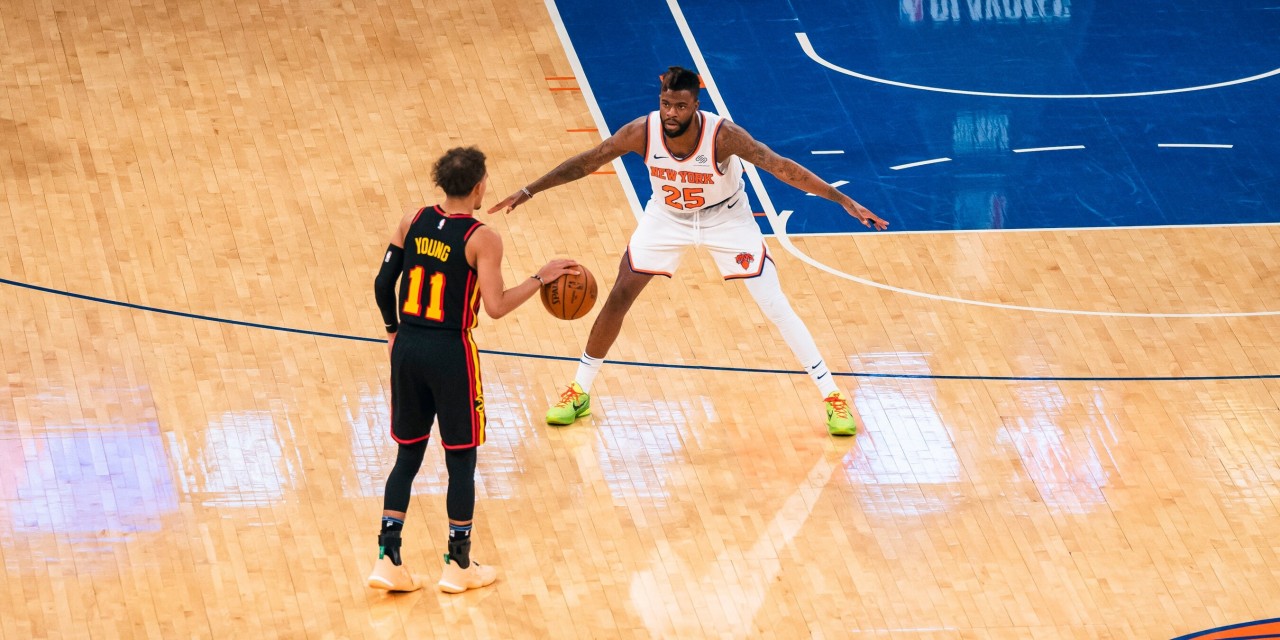 The Hawks had their way on offensive via the pick-and-roll against the Knicks, chiefly orchestrated by Trae Young. Here’s what went wrong.

Unless you’ve been living under a rock the past three days, chances are that by now you know the New York Knicks lost Game 1 of the 2021 NBA playoffs by a single heartbreaking basket, scored by Atlanta Hawks point guard Trae Young with just 0.9 seconds left in the game.

And while the postmortem that followed contained plenty of excuses, objections, moral indignations, and some minor name-calling, the truth is, throughout the game, the Knicks just had no answer for Young and the rest of the Hawks’ band of shooters.

Make no mistake: the Hawks might not be a championship contender, but their offense is incredibly difficult to stop when they’re clicking, and this is no accident. Following last season’s disappointing performance, the front office retooled by adding shot-creators all around Young.

The really tough thing with the Hawks is they have 5 guys (Trae, Lou, Bogi, Huerter, Gallo) who can competently run a p&r and punish the D for going under

Even their non-creators space the floor (outside of Clint Capela). While John Collins is primarily known as a rim runner, the big man is a career 38% three-point shooter on 560 career attempts from downtown. Additionally, De’Andre Hunter had a rough year due to injury, but there’s little doubt that he can hit a shot when given time to get it off. All of this is not to overlook the fact that Capela is one of the best lob threats in the league (especially with Mitchell Robinson still out).

The combination of these variables had the Knicks in an extraordinarily difficult position in Game 1. Nerlens Noel is one of the league’s best help-side rim protectors, but as a pick-and-roll defender, he has some issues processing and deciding whether to help on ball or stick with Capela on the roll. Taj Gibson, as the backup center, was similarly paralyzed at times. Both tended to stick too close to their primary defensive assignment, which left clear paths to the rim over and over again.

Below, I put together a majority of the pick-and-roll plays the Knicks faced on Sunday. Watch it and see if you can spot some patterns emerging.

One thing that’s clear: the Knicks did not trap or meet the pick-and-rolls with even close to the level of urgency needed when playing against an orchestrator operating on as high a level as Young. At times, they seemed downright lethargic. As many national analysts have pointed out, this series is a matchup of defense and grit versus skill, but in Game 1, the Knicks had neither of their customary traits. Julius Randle in particular looked almost disinterested, which, given his level of near-maniacal production during the season, was somewhat confounding. Also confounding was the sheer amount of shots Trae was able to get in the paint without a hand going up to contest.

Now, it wasn’t all bad. There were genuine moments of good defense, as can be seen towards the end of the above video. As a team, they had the most success when their point guard fought over the screen hard and the big man helped by stunting at Young before recovering.

There aren’t too many good options with as many weapons on the floor as the Hawks possess, but one thing Tom Thibodeau may need to consider is a willingness to give up the lob when necessary in order to get more in Young’s face, offering more resistance to the Game 1 breakout star. The Hawks are unlikely to beat the Knicks with Clint Capela doing a majority of the damage. If Trae Young is allowed to get into the paint at will, that’s an entirely different story. The Knicks need to take the young, diminutive point guard and make him uncomfortable. Too often, the Knicks failed to punish him with their superior size and athleticism on either end. If the Knicks are going to take back the momentum in this series, that can’t happen again.

Anyone who follows basketball closely knows Tom Thibodeau’s defensive reputation, but the question when he was hired to helm the Knicks was if he was able to adapt his legendary defensive systems to meet the more modern game. Throughout the regular season, the answer seemed to be a resounding “yes.” But in this playoff series, the first such one for the Knicks in eight years, he faces his biggest test yet. How he responds to the challenge of this Hawks offense will go a long way in determining how this season is remembered, both by fans and critics.