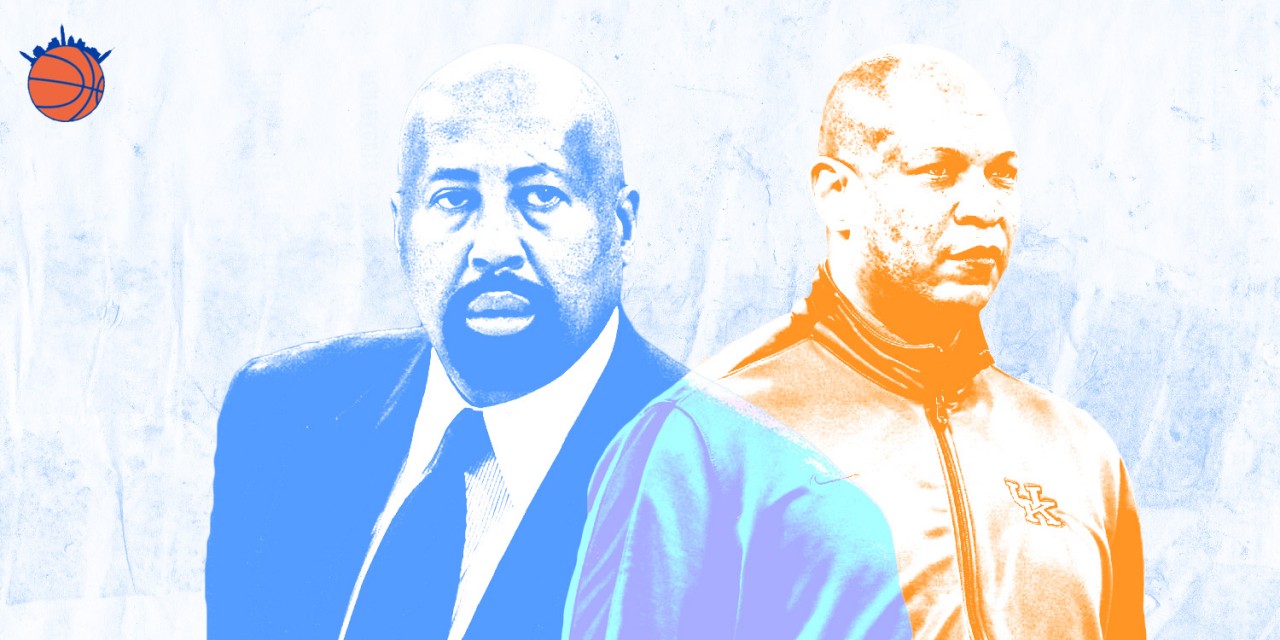 Tom Thibodeau’s Knicks coaching staff is filled out, with several familiar faces and new ones joining the seasoned coach in New York.

In late July, Tom Thibodeau became the sixth New York Knicks head coach in six years, and along with his defensive reputation, he’s bringing in a new staff, too. While the new hires are mostly new faces, there will be a few familiar ones on the sideline again next season.

Woody back. The man who accidentally helped lead the Knicks to their best season in decades returns to Garden’s sidelines. He wanted to play big, but was forced into playing Carmelo Anthony at the four, and the result was a 54-win season.

Then Roy Hibbert blocked ‘Melo, the front office brought in Bargnani, and it was over after a single visit to the conference semifinals.

After the Knicks fired Woodson he became an assistant with the Clippers, where he stuck around through 2018. Their 3-1 collapses notwithstanding, the Clippers were a competent franchise during Woodson’s tenure in L.A., but there’s no reason to think he’s totally shifted his coaching philosophy in that time.

However, players have liked Woodson at his previous stops. In 2012, after he was named Knicks head coach following Mike D’Antoni’s dismissal, Newsday interviewed several Atlanta Hawks about Woodson’s time as an assistant there. “He’s a great coach… I know that he’s policing those guys and not taking any mess from them,” said the now-retired Josh Smith. “I know that those guys respect him, and as long as you have your players’ respect, the sky is definitely the limit.”

More importantly, Woodson being back means we get a new era of GIFs.

Woodson isn’t the only assistant coach making a return to the Garden. Andy Greer’s first job as an NBA assistant was with the Knicks. In 2001 he joined a New York staff that already included Thibodeau. The two have been close since.

In 2003, Greer left New York with Jeff Van Gundy and became an assistant with the Houston Rockets. A year later Thibodeau did the same. Greer has since been a scout with the Trail Blazers and Team USA, and an assistant coach with the Grizzlies and the Raptors. What stands out most about his resume is that he’s been on Thibs’ staff in both Chicago and Minnesota.

It could be more who you know than what you know with Greer, but in this case, the whos have been Jeff Van Gundy, Tom Thibodeau, and (with Team USA) Gregg Popovich, so I’m willing to give him the benefit of the doubt and say he’s likely picked up a few things over the course of his career.

Johnnie Bryant is 35 years old—23 years younger than Andy Greer and 27 years younger than Woodson and Thibs. Following a short stint playing internationally, Bryant joined the Utah Jazz as a player development assistant in 2012. After two years there he was promoted to full assistant.

As a player development assistant, Bryant would have worked closely with Utah’s young players, who over the course of those two years included Enes Kanter, Gordon Hayward, and most impressively Rudy Gobert.

If you haven’t noticed, the Knicks have several talented young players, but few if any have taken real strides in terms of improvement. Utah’s been a much more stable situation in which young players have come into their own. With Mitchell Robinson on the roster, bringing in a coach who worked with a young Gobert is the exact right hire for this franchise to make—someone who can help young players reach their potential.

The tabloids have also made a big fuss over Bryant’s relationship with native New Yorker Donovan Mitchell. A shake-up in Salt Lake City is possible following their 3-1 collapse against the Nuggets in the first round, but anything between the two should be looked at as icing on the cake. Because what have we learned?

A bit further down the bench, the Knicks have added former Kentucky assistant Kenny Payne. During his decade at Kentucky, Payne helped coach and mold some of the league’s future stars … and also Kevin Knox.

Before he got to Kentucky in 2009, Payne played for the Sixers for four years. He spent a year in the now-defunct Continental Basketball Association with the Tri-City Chinook, and another in Australia with the Cairns Taipans. In 2004, four years after his playing career ended, he became an assistant at Oregon where he remained until getting hired at Kentucky.

When the Knicks hired Payne, Thibs praised him for his ability to connect with and develop players, “I’m thrilled that Kenny has joined my staff as an assistant coach. He has an outstanding ability to forge relationships with players and improve their skills,” Thibs said in a statement. “He knows what it takes to win and has learned from one of the best coaches there is in John Calipari. Kenny will be a tremendous addition to our organization.”

Lastly, Dice Yoshimoto is another assistant with past ties to Thibs. He started by grinding tape for the Nuggets and the Nets, before working his way up to Video Coordinator in Chicago during the early 2010’s.

Thibodeau must have seen something in Yoshimoto, because after leaving the Bulls and for Minnesota, Thibs hired Yoshimoto away from Chicago to be his own special assistant.

These hires were met with general approval from most fans, as well as much of the media. Despite these positive moves, the question remains: will Dolan and the toxicity around the franchise allow them to succeed? There is a new front office in charge, again. This time it could be the one.


There’s no way Lucy will pull the football away this time.