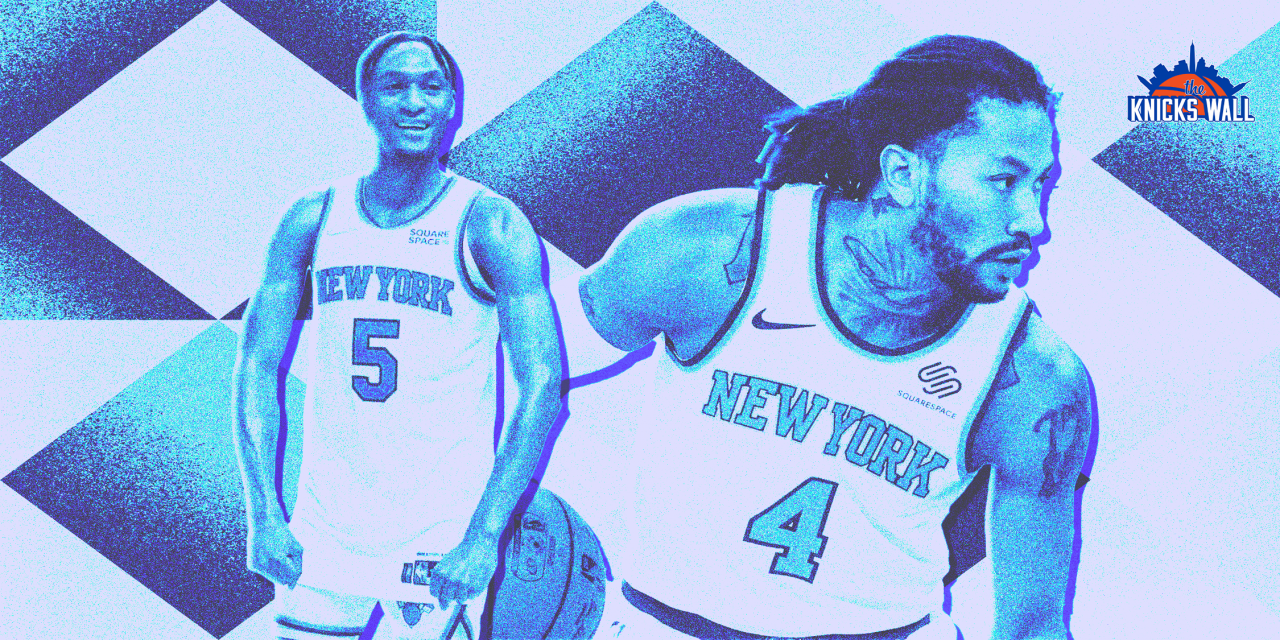 The Knicks are in an unusual position given their track record: they have an abundance of quality lead guards. What can each point guard bring to the table?

As everyone knows by now, the Knicks did not land All-Star guard Donovan Mitchell. Between the asking price being allegedly too high for New York and the offer being too thin on unprotected first-round picks for Utah, the transaction simply could not go through.

That being said, the Knicks still signed an excellent first option at point guard in Jalen Brunson, and they still have a solid backup core of guards to choose from as they progress towards being “good” again in the Eastern Conference. But, how deep does that core go? And what are the strengths and weaknesses each option offers?

Jalen Brunson will be the best option at point guard, obviously.

Brunson is coming off a stellar playoff run with the Dallas Mavericks where he more or less became their engine on offense due to a Luka Doncic injury. While his numbers were solid in the regular season, averaging 16.3 points per game with 4.8 assists with 37.3 percent shooting from three, he really popped off the stats page in the postseason.

He averaged 21.6 points per game with 3.7 assists, while also showing some great defensive tenacity when guarding difficult assignments like the Jazz’s Mitchell and the Phoenix Suns’ Devin Booker. Even if the Knicks got regular season numbers like this again from Brunson, or just slightly better, it’d be a huge boost from their previous starting point guard roster of Kemba Walker and Alec Burks.

Who his backcourt partner is an interesting question that will go a long way towards dictating how next season goes for New York’s guard rotation. There’s been speculation amongst fans and analysts that, since the front office never offered guard Quentin Grimes in any trade package for Mitchell, he is expected to start. A sharpshooter and even better defender, Grimes would work off of Brunson extremely well to help push the pace of a young and hungry Knicks team.

But what if they stick with Evan Fournier at the starting shooting guard position? Fournier’s shooting is still nothing to be laughed at, having broken the single-season record for three-pointers made by a Knick just last season. That being said, he leaves much to be desired just about everywhere else on the court. Defensively, he was a huge liability last season. On offense, outside of some very big moments and streaky stretches of play, he didn’t contribute much consistently. So, Brunson’s backcourt pairing will really make or break his impact in the starting lineup.

What about Immanuel Quickley & Derrick Rose?

Quickley and Rose seem destined for the bench yet again this season. For Rose, this makes sense given that his weakness is his injury-prone knees as well as his age. But he still adds a veteran presence amongst an extremely young lineup of guards, providing assistance on offense for a bench unit that has already contributed to some major growth for Quickley as New York led one of the best bench units in the league last season.

It has been 150 days since the Knicks last played NBA basketball. Immanuel Quickley and Obi Toppin left us with this masterclass
pic.twitter.com/pX2xXQjywQ

With Quickley, though, it’s a bit of a head-scratcher.

Quickley can obviously shoot. He has quickly become one of New York’s most reliable three-point shooters, nocking down 39.5 percent from deep his rookie season and 39.2 percent last season. He’s also a very good passer, getting some acrobatic passes off to his favorite target, Obi Toppin as well as to other sharp-shooting bench mates like Grimes and then-rookie Deuce McBride.

Another huge piece of Quickley’s game is his pace. He pushes the bench unit to its limit, with great results to back up his methodology. The Knicks’ starters were often sluggish, forcing the bench to work the team back into contests. As a result, Quickley and Company became known for their quick-hitting offense and their sprinting back up the court to play great defense against both other teams’ benches and starting units. It was strange, then, when Thibodeau would happily sub back in Alec Burks or Kemba Walker, two much slower guards, into games for Quickley and Grimes or Quickley and Rose.

If Quickley needs to work on anything heading into this season, it’d be his defense on bigger guards. In recent workout photos and videos, it appears that he has bulked up heading into his third season with New York, which could really help him on that end of the court and hopefully in turn force Thibodeau to play him for more than 23 minutes per game.

McBride is in an awkward position. Entering his second season, he’s been a bit overshadowed by the great play of Grimes while being a breakout with the Knicks’ Westchester Knicks team. He’s the type of guard that Thibodeau usually salivates over – defensively minded, quick on his feet, and extremely durable. However, he’s behind pretty much every single guard on this list on his depth chart simply because New York finally has a good problem at guard, which is to say too many to be able to play in a single game.

McBride really needs to work on his shooting, as he’s shown flashes of consistency with midrange shots but could never really settle into himself given how few minutes he got on the court. Ultimately, it’s tough to judge what his “weaknesses” are without him getting a fair shot on the team. But perhaps as the season progresses or even as a trade goes through before training camp, he could be given that opportunity.

New York clearly has some great options at point guard. This is a huge change after years of feeling stuck with the second or third best option at that position, always hoping that some star will come along in free agency as a knight in shining armor to lift the team back into the echelon of NBA play. But, with Brunson now with the team and the ongoing development of guards like Quickley and McBride, I think that the Knicks will feel far more steady on offense compared to the last few excruciating seasons.

»Read: The development of RJ Barrett

»Read: What can the Knicks do with two open roster spots?