A Brief History of the Knicks-Nets ‘Rivalry’ 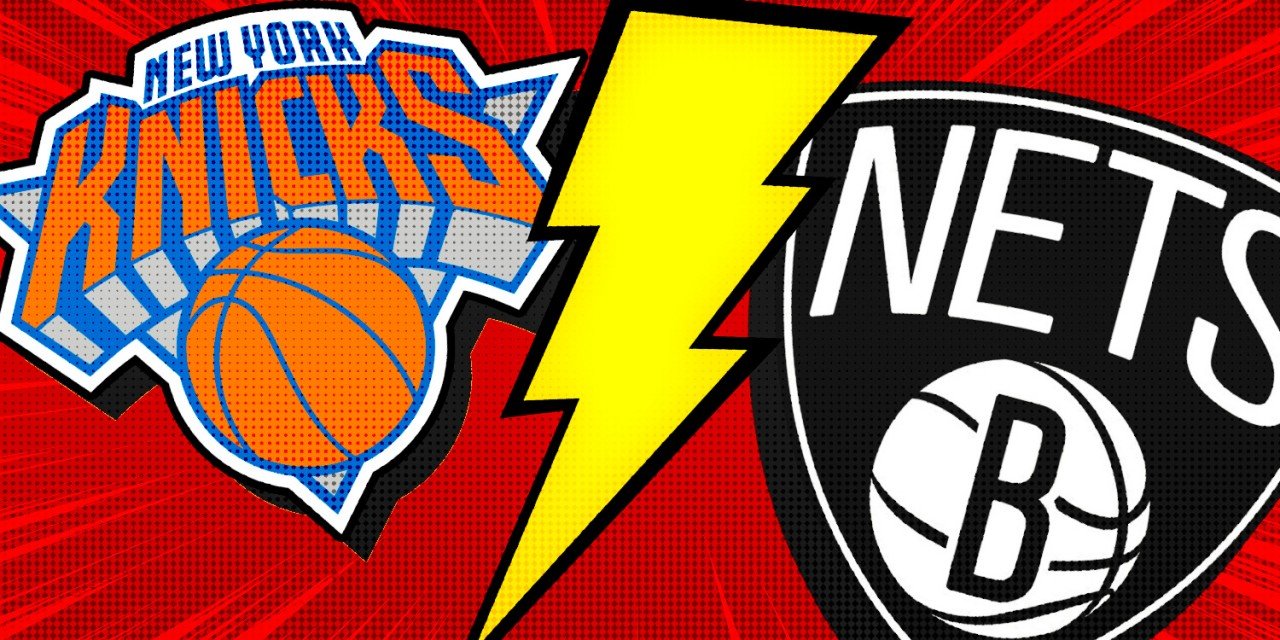 Despite a relatively quiet last few years, the rivalry between the Knicks and Nets is longstanding and grounded in New York metropolitan history.

Rivalries have been a feature of hoops in the Big Apple since the barrier-breaking New York Renaissance and the all-white Original Celtics dazzled sell-out crowds in the 1920’s.

While the rivalry between the New York Knicks and Brooklyn Nets may not seem like much today—one writer described it as “less Hatfields and McCoys than Modell’s and Sports Authority”—historical context reveals no small amount of baggage.

Little more than two decades after promoter Ned Irish founded the Knicks, the seeds of a modern NBA rivalry were planted when, in 1967, the New York Americans became a charter franchise of the American Basketball Association.

Despite playing in separate leagues prior to the NBA-ABA merger of 1976, the Knicks were antagonistic to the Nets from the jump. The rivalry’s opening salvo arrived three months before the Americans’ inaugural tipoff, when the Knicks strong-armed the new neighbors’ intended home venue, the 69th Regiment Armory, out of an agreement to host the young team. With scarce venue options in Manhattan, the Americans settled in Teaneck, New Jersey.

The Knicks’ power move initiated a famously nomadic 45-year Nets history. After one season in Teaneck, owner Arthur Brown relocated the team to the Long Island Arena in 1968, where they became the New York Nets. The team was then sold and moved to the Island Garden in West Hempstead for the 1969–70 season. In Manhattan that same year, the Knicks won their first of two NBA Championships with Walt Frazier, Earl Monroe, Willis Reed, and Phil Jackson and company. After three consecutive playoff appearances, the Nets moved again following the 1971–72 season to the larger Nassau Coliseum in Uniondale, which could accommodate their rapidly growing audience.

The Knicks won their second NBA Championship in 1973. Over in the ABA, fortune favored the Nets that offseason when the team acquired Julius Erving, who would lead them to the 1974 and 1976 ABA Championships. With the addition of point guard Nate “Tiny” Archibald, the team appeared poised for dominance before fate and the Knicks intervened again.

The Nets, having paid an entry fee of $3.2 million to join the NBA in the 1976 merger, agreed to pay the Knicks an indemnification of $4 million and the right to veto any potential relocation within the New York market. In lieu of payment, the Nets offered to send Erving to the Knicks, who in characteristic fashion declined the three-time consecutive MVP and two-time Playoff MVP.

The fee financially crippled the Nets, who were obliged to move Erving’s contract to Philadelphia in exchange for $3 million—almost enough to cover the NBA’s price of admission. With a league-worst record of 22-60 for the 1976–77 season, the Nets relocated to the Rutgers Athletic Center in Piscataway, New Jersey.

When the Knicks threatened to veto the move on the grounds of encroachment, the Nets sued the Knicks for violating anti-trust laws. At the behest of Federal District Court Judge Robert L. Carter, and after a marathon negotiation brokered by Commissioner Larry O’Brien and then–league counsel David Stern, the suit was settled out of court.

The Knicks allowed the Nets to relocate to New Jersey in exchange for another $4 million, and the Nets entered a rebuilding period that would last a decade.

Led by coach Hubie Brown, with a roster boasting Bernard King, Ernie Grunfeld, and Bill Cartwright, the 44-38 Knicks clashed for the first time with the 49-33 Nets in the first round of the 1982–83 playoffs. The Nets, led by King’s own brother Albert and talented power forward Buck Williams, won four of six games against the Knicks that year—but in a disappointing end to an impressive regular season, Nets coach Larry Brown was suspended after accepting a job at the University of Kansas. While the Knicks entered the matchup riding a four-game winning streak, the loss of Brown in the final month of the regular season sent the Nets into a tailspin during which the team lost six of its last nine games.

The visiting Knicks handily bested their cross-Hudson rivals 118-107 in the first of a best-of-three series, with Bernard King tallying 40 points off 16-of-21 field goal shooting. New York took Game 2 at Madison Square Garden 105-99 to close out the series, which brought the Nets’ NBA playoffs losing streak to six games.

After a tumultuous, injury-plagued season, the 57-25 Knicks again faced the 45–37 Nets in the first round of the 1994 playoffs. The Nets, who lost sensational Croatian shooting guard Dražen Petrović in a tragic car wreck the prior offseason, were led by 1994 All-Stars Kenny Anderson and Derrick Coleman, while the Knicks were led by All-Stars Ewing, Starks, and Oakley. Despite losing four of five meetings with the Nets that season, in which both teams brought “their usual disdain for each other,” the Knicks entered the best-of-five series with experience on their side, having won 18 playoff games over the previous three seasons to the Nets’ three. While New Jersey put together a strong effort and stole Game 3, the Knicks’ defense and experience ultimately prevailed over their “bitter rival” en route to their first of two ’90s Finals appearances.

The downfall of the Knicks saw the Nets come into their own. The likes of Jason Kidd, Kenyon Martin, Richard Jefferson, and Brian Scalabrine led the Nets to Finals appearances in 2002 and 2003, and a rivalry between the Nets’ Kidd and the Knicks’ Stephon Marbury punctuated New Jersey’s first-round sweep of New York in the 2004 playoffs. With consecutive playoff appearances from 2002 through the 2007 season, the Nets proved themselves to be more than New York’s little brother team.

Under the ownership of Mikhail Prokhorov, the Nets relocated for the last time in 2012 to the newly built Barclays Center near downtown Brooklyn, furthering the scourge of gentrification throughout the borough. The move marked the end of a protracted era of instability for the team, and the dawn of a new phase in the Knicks-Nets rivalry. Competing billionaire ownerships traded insults and mocked each other with expensive ad campaigns and billboards until David Stern himself had to intervene in one of his final acts as commissioner.

Neither team has enjoyed much success in subsequent years. With little over which to compete, the rivalry has grown relatively quiet.

The Knicks have a 99-96 record against the Nets over 195 NBA regular season games. With Brooklyn’s recent addition of Knicks free agency targets Kevin Durant and Kyrie Irving—which says as much about the state of the Knicks as it does the Nets—the balance is poised to tip in favor of Brooklyn as early as next season.

With the rebuilding Knicks as young and as scrappy as they’ve been since 2013’s 54-win season, cross-borough competition projects to be as high as it’s been in years. When their rivalry resurfaces in earnest, the accumulated memories of hard-fought playoff battles and organizational blood feuds will contribute depth and historical context to the mix.

Ahead of the first ever Knicks game against the Brooklyn Nets in 2012, George Vecsey of The New York Times wrote, “What the relocated rivalry needs is history, and that takes time.” We’re getting there.