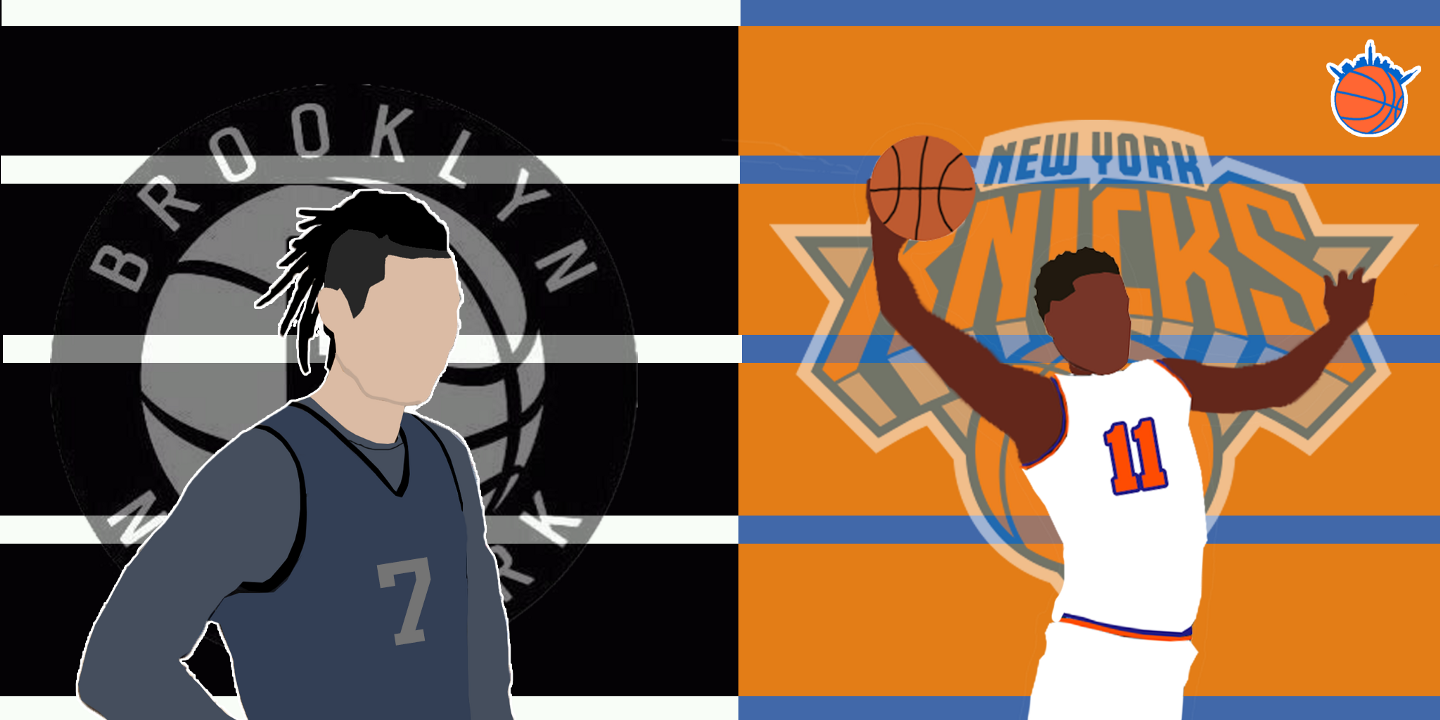 In the preseason, the Brooklyn Nets looked great against the New York Knicks in both games they played, but so did everyone else.

Interestingly enough, this preseason success doesn’t negate the fact that both teams have been a mirror of each other for around half a decade and continue to be so. Both the Knicks and Nets have been among the most terribly managed in this new top-heavy era, both have acquired young promising talent in the last few years to make up for acknowledged bad management, and both are still in the running to be the worst team in the Eastern Conference this NBA season. Time is a flat circle.

However, this time around they both have hope in their young cores. And, although neither is expecting to win many games, they’re expecting progress.

While the Knicks knew they’d be in the gutter from jump, it took a huge deficit against the Wizards to really drive the point home. The embarrassing loss at home against the Washington Wizards put the Westgate Las Vegas SuperBook odds into perspective. Brooklyn doesn’t have much to offer in terms of talent, but the gritty hard-nosed image that has been pushed is starting to be backed up by the roster.

The Nets backcourt isn’t quite oozing with potential, but, in a few years, some combination of these guards could make for formidable opponents. Specifically, the acquisition of D’Angelo Russell and Allen Crabbe this summer bolstered both their 1 and 2 positions on the court. Russell painfully illustrated this against the Knicks in the first preseason game by going 7-for-14 in each meeting. Even though he cooled a bit in the Nets other preseason contests, his success spoke volumes about how the Knicks lack of perimeter defense, specifically, a defensive-minded point guard, is a curse that will haunt them game-in and game-out.

The inability to even slow him down is a festering wound that the Knicks hope rookie Frank Ntilikina can cover because Ramon Sessions, a chronic underachiever, and Jarrett Jack, who I’m sure will be nicknamed some incarnation of “Old Man Jack” by the end of the season, sure as hell aren’t getting the job done. Unless Ron Baker lives up to the hype as the scrappy, “good motor” defender he is, they’ll have trouble guarding him most of the game. 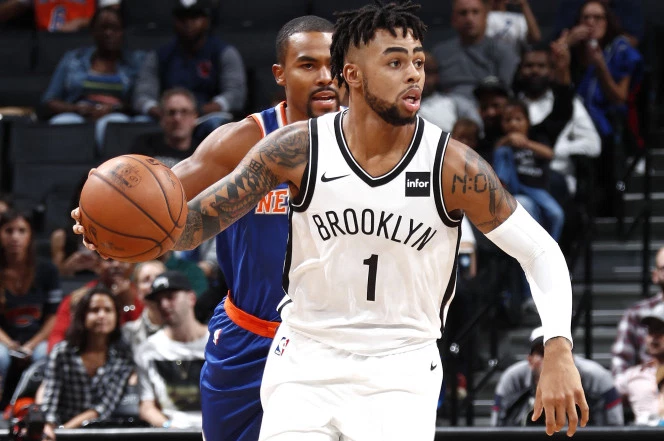 Surprisingly, the Nets have taken an interest in running a dual point guard lineup with Russell and former Knick Jeremy Lin at the backcourt this preseason. While Lin has mostly deferred to the new arrival, one can’t be too uncertain that leaving Lin open is wise. This throwback to Hornacek’s gimmick could be negated if either of the wings that may start for the Knicks, Tim Hardaway Jr. or Courtney Lee, applies just enough pressure on young Russell in carefully chosen moments for him to make mistakes. However, this sagging off of Lin could lead to disastrous results if he is left wide open, as the Knicks are prone to do. It can be inferred that Lee, a seasoned defender, wouldn’t have much trouble grasping the subtleties of help defense. But Hardaway Jr.? Not so much.

Which would lead to his primary defensive assignment and defender being Rondae Hollis-Jefferson, a third-year pro, who is slowly but surely improving along with Caris LeVert in a similar position at the small forward spot. Neither are immediate threats on offense, but with the current defensive scheme the Knicks have in place and the individual defense capabilities of the players, one can only hope that Hardaway’s scoring lessens the blows to his defensive shortcomings. In short, Hollis-Jefferson’s defense and Timmy’s offense may offset each other, leaving the rebound in the hands of the bigs.

During both of the preseason games, the Nets undoubtedly outplayed the Knicks. One of the most obvious was the brutal physicality from the Nets frontcourt. Timofey Mozgov might hold a starting spot but DeMarre Carroll will obviously be looked to as the hulking enforcers on the team in this new NBA era. Carroll, the projected starting power forward, coupled with backups Trevor Booker and Quincy Acy could give Kristaps Porzingis a rough time physically, leading to mental frustrations. The physicality of the trio could affect Porzingis shooting ability while they lack on the offense end.

However, Willy Hernangómez and Enes Kanter could make up for this lack in productivity by outplaying the lackluster centers the Nets employ. Mozgov, with all his championship pedigree of one ring, should be no match for either of the big fellas. Mozgov appears to be a liability on both ends of the court with his best years behind him. Kyle O’Quinn and Joakim Noah may have some trouble, but they’re expected to see limited minutes.

Progress among the team’s young cores is what fans and staff have to look forward to the most this season. Potential is hardly ever fun and interesting in these early stages, but it’s the best both teams have to be honest. The Nets might have pounded the Knicks into oblivion twice already, but that really only shows how dedicated they are to the tank.

Follow The Knicks Wall on Facebook and Twitter for more coverage, and listen to Ty on the TKW Podcast’s newest episode found on iTunes and SoundCloud!