Bucks Trample Knicks in Landslide at the Garden 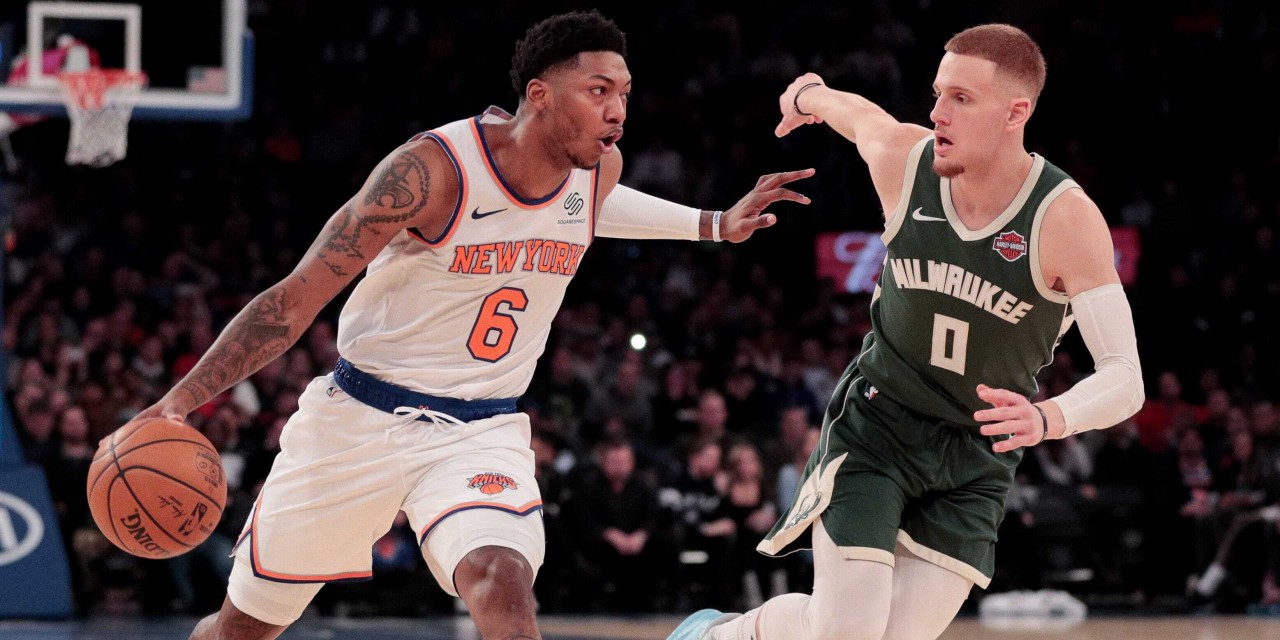 The Knicks lost their second game in a row—on back-to-back nights—against another vastly superior opponent. This time it was the Bucks.

The New York Knicks (7-23), once again, got blown out by Giannis Antetokounmpo and the Milwaukee Bucks (26-4), losing 123-102. This game wasn’t as embarrassing as New York’s last meeting with Milwaukee, though there were still were no positive takeaways.

The Knicks found themselves in the hole right off the bat. The Bucks jumped out to a 17-4 lead in just over three minutes without Antetokounmpo even attempting a shot. The Bucks made their first six three-pointers—many of which were wide open.

Brook Lopez chipped in three triples on his own as well as four blocked shots. He finished with 14 points, seven rebounds, and seven blocks.

The Bucks dominated simply because they were able to hit their three-pointers. Their crisp ball movement and screens scrambled the Knicks defense, setting up wide-open shots like clockwork. They had more made three-pointers (18) than the Knicks had made free throws (15).

New York found itself down by as much as 17 points in the first quarter and entered halftime with a 14-point deficit.

The Bucks committed three turnovers to start the second half, but the Knicks committed four of their own and couldn’t draw any closer. New York was outscored 13-4 six minutes into the second half. They scored just 16 points in the third quarter as the lead climbed to as high as 29 points.

Julius Randle led the Knicks in scoring with 20 points on 9-of-17 field goal shooting.

R.J. Barrett scored nine points in the first quarter and made his first pair of three-pointers. The rookie finished with 17 points and five rebounds.

Barrett probes the defense and drills the pull-up pic.twitter.com/c8rEZUUkYm

Kevin Knox had a decent game off the bench. He recorded 19 points on 7-of-12 shooting (including 4-for-6 on treys) to go along with five rebounds and three blocks.

Mike Miller made his first starting lineup change as a head coach, replacing Frank Ntilikina with Elfrid Payton. Ian Begley of SNY reported that the change was in response to a potential lineup change from the Bucks. The change was Ersan Ilyasova taking the place of former Knick Wesley Matthews, who was out with a thigh injury.

Since returning from a hamstring strain that kept sidelined him for 17 games, Payton averaged 8.0 points, 5.8 assists, and 3.1 rebounds in eight games. He was a key contributor in the Knicks’ comeback victory against the Sacramento Kings and losing comeback effort against the Denver Nuggets.

Elfrid Payton has recorded 29 consecutive assists without a turnover, which is the most in Knicks history since play-by-plays began being recorded in 1997-98. @EliasSports

Against Milwaukee, Payton chipped in seven assists and two steals in the first quarter and finished with 10 assists, six points, five rebounds, and four steals.

Ntilikina was aggressive on defense but didn’t do much else. He only played 10 minutes (six of them coming in garbage time) and recorded four points and three rebounds.

Aside from moving Payton to the starting lineup, here are some other moves interim head coach Mike Miller made tonight.

The Knicks stay home for Monday’s clash with the Washington Wizards.

»READ: Knicks players grateful crushing Heat loss is behind them