Bully-Ball Is Back: Can the Knicks Learn from the New NBA Champs Lakers? 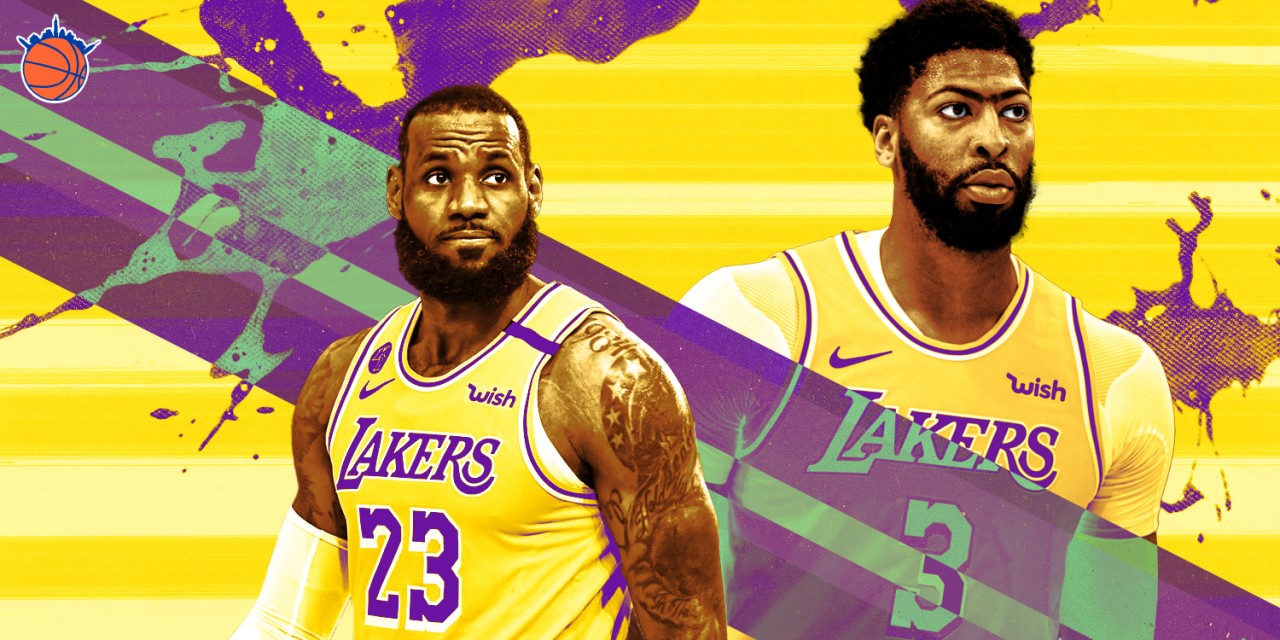 The Knicks witnessed from their homes again an NBA champ crowned. This time is was star-studded Lakers, who play a brand of NBA ball, which perhaps can be emulated.

No one is thinking about the New York Knicks right now. The NBA is, for the fourth time, in the process of crowning a certain 6-foot-9 monarch from Akron, Ohio. But the Los Angeles Lakers’ most recent coronation signifies a “big” shift in how teams may start building their rosters, and the Knicks might be uniquely positioned to take advantage.

It’s hard to imagine a time without “small ball.” Back in 2015, a Golden State Warriors team, led by unanimous MVP Stephen Curry, leveled the NBA landscape by winning a championship, seemingly by shooting opponents out of the gym. The general public coined that style of team—one that had an inevitable avalanche of three-pointers at their disposal whenever they wanted—as “small ball.” Faster. Deadlier. And diminutive.

That is something of a historical misnomer. That team was a defensive monster, founded on an impenetrable wall of switchable defenders, headed by Draymond Green. It’s that malleability on the other end of the floor to which “small ball” owes its real essence. The Warriors did change the NBA meta, but they did it on defense as much as they did it on offense.

Teams began to emulate them on both sides of the floor. The Warriors themselves improved on it when they signed Kevin Durant and flashed him as an unheralded defensive centerpiece in crucial moments.

Until Sunday, October 11, 2020, when the Los Angeles Lakers may have heaved the tectonic plates back in favor of an entirely different methodology: “Bully-Ball.”

The Lakers went 12-3 before the Finals, perhaps the most convincing run any LeBron-led team has had in an NBA playoff. They did not do it by playing “small ball.” They rolled out behemoths like Anthony Davis, Dwight Howard (and JaVale McGee before he was mothballed in the playoffs) on a regular basis. Alex Caruso and Kyle Kuzma are both big for their position. LeBron might be, pound for pound, the strongest player in the league.

The Lakers ranked first in blocks and third in Defensive Rating throughout the regular season. They were a top-five offensive rebounding unit. Quite simply, they beat the crap out of everyone in the paint, towering over “small ball” lineups.

The Knicks, as currently constructed, obviously can’t execute it at a high level, but they can play this style. They are built for “bully ball.” They infamously signed a few too many power forwards last offseason presumably for this exact reason, to dominate the painted area of the court. Their first-round draft pick last year, R.J. Barrett, is a poor man’s facsimile of a nascent Jimmy Butler, replete with the same bricky jump shot and raw playmaking instincts. Their prized blue chipper, Mitchell Robinson, shares both eerie physical attributes and even the same trainer as (checks notes) Anthony Davis.

It’s a stretch at this point. The Knicks ranked in the bottom 10 in Defensive Rating this season. They were somehow a below-average defensive rebounding unit despite employing so much beef. But there are the makings of a gritty, competitive group in the same mode as the NBA champs here. The Knicks allowed the fourth fewest points in the paint this season, they were the best offensive rebounding unit in the league, and they ranked fourth in overall rebounding percentage.

New Knicks head coach Tom Thibodeau knows a thing or two around crafting physical, defense-first teams. The 2011–12 Chicago Bulls, Derrick Rose’s MVP season, were concrete in the paint. They famously “iced” every pick-and-roll, preventing penetration to the middle of the floor at all costs and driving ball traffic to their tough-as-nails frontcourt of Joakim Noah, Taj Gibson, Carlos Boozer, Omer Asik, and Luol Deng.

The Knicks are equipped to try something resembling this style of basketball. It’s their best bet, even if it fails miserably. Defense in the NBA is largely reliant on scheme and effort, with a good dose of natural rotational instincts thrown in there as well (the biggest question mark surrounding any roster relying on the likes of Julius Randle to offer anything on that end). But I would argue if there’s any coach able to yank that kind of sustained effort and attention on defense out of the Knicks’ laughable plethora of big, athletic forwards, it’s Tom Thibodeau.

And on the other end, perhaps the most revelatory epiphany of the 2020 NBA playoffs, the Lakers have proved you don’t need to build an offense around generating catch-and-shoot three-pointers. We all mocked the Lakers for signing clone after clone of the same archetype: historically terrible shooters that carry zero gravity away from the rim, players like Rajon Rondo, Howard, and McGee.

They were rewarded. The Lakers outmuscled anyone that dare stand in their path, and it’s very possible they changed what NBA team building will look like over the next five years, just as the Warriors did when they won in 2015.

Of course, the Knicks don’t have the best player in the world or Anthony Davis. This roster won’t ever be able to play at the level of a champion. But the way they should build their team isn’t as far off from what they’ve done to this point as last season’s record may suggest. Sure, they need smarter versions of the players they have now, but the direction they’re headed in might look more modern than we think.

»READ: Knicks’ five year outlook: can New York compete in the Eastern Conference in the near future?