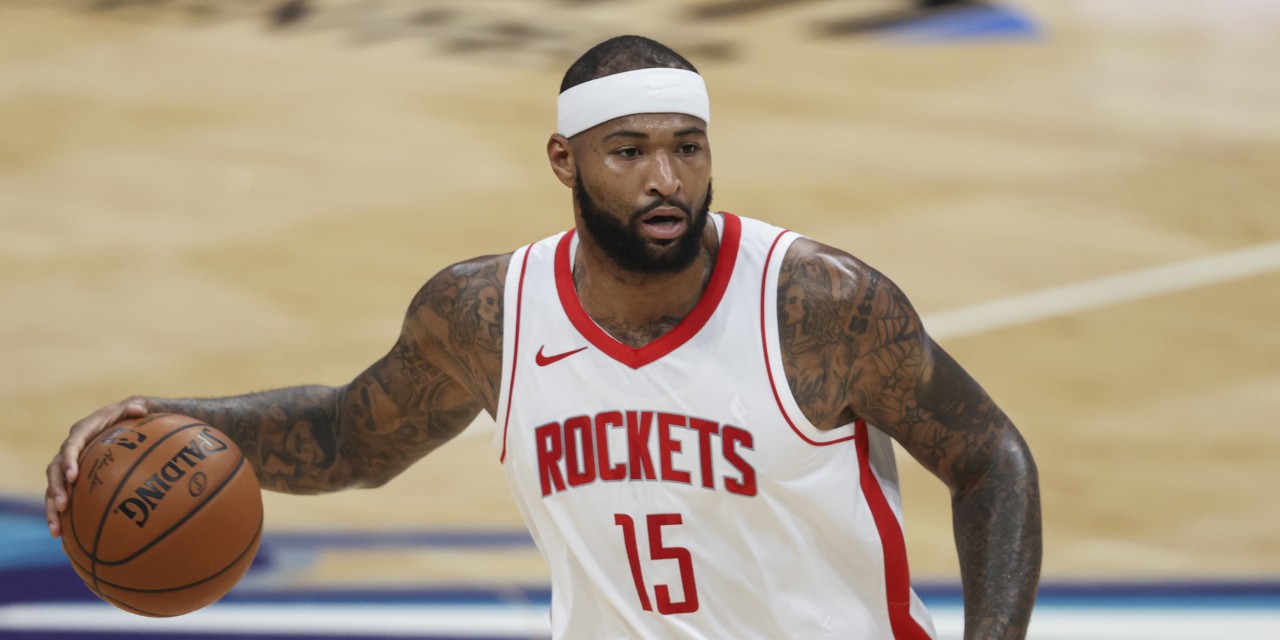 Mitchell Robinson appears to be out for the season. Which free-agent big men should the Knicks target in the developing buyout market?

In the wake of another Mitchell Robinson injury (this time, it’s a fracture in his right foot) the New York Knicks will scour the market of free agent bigs to replace him for the time being. Even with the main targets of the buyout market being picked up—Andre Drummond by the Lakers, LaMarcus Aldridge by the Nets, and Gorgui Dieng by the Spurs—there are plenty of options that offer a variety of skill sets.

Nerlens Noel has been an interior defensive monster and Taj Gibson is an adequate reserve, but having only those two leaves the center rotation quite thin. New York, who has two roster spots open after jettisoning Austin Rivers and Ignas Brazdeikis out of town at the trade deadline, could find one more big man to round out their rotation and serve as further injury insurance.

However, despite having just two centers on the roster, the Knicks don’t need to search for one. Playing Julius Randle as a small-ball center in spurts would effectively give the Knicks three centers to work with. His handles and foot speed would be kryptonite to the vast majority of bigs, not to mention he already has the size and strength to put up a fight against anyone. However, Tom Thibodeau has done very little lineup experimentation at all, especially with Randle at the five.

Thibodeau also shows a preference towards veteran players, of which there are several available. Conversely, the front office could look towards a younger option to keep around for longer than this season. There hasn’t been any indication that Gibson will retire, and it would be somewhat shocking if another team lures him away from the conference-contending Bulls reunion that he, Thibs, and Derrick Rose are having. But as he nears age 36, how much longer will be impactful, if he plays at all? A fresher option at the third-string big could be an upgrade over the elder statesman.

The Knicks have two options for how to approach the addition of another big (three if you count small-ball five Randle, but don’t hold your breath). They could either find a big that can shoot, adding a different wrinkle to their gameplay, or stick with what’s working and sign another rim-running center. Let’s explore some names on each side.

So far this season, the Knicks have exclusively used centers with very limited scoring abilities. Adding one that offers something different would provide some lineup flexibility. It could also help open up an offensive unit that, per NBA Stats, ranks 23rd in Offensive Rating.

Could the Knicks come down with a case of Boogie Fever and sign DeMarcus Cousins? The 30-year-old former All-Star possesses a shooting and playmaking element that few other options do. In 25 games with the Houston Rockets this year, Cousins averaged 9.6 points, 7.6 rebounds, and 2.4 assists in 20.2 minutes per game. The rebuilding Rockets waived him in February. His nightmarishly bad defense and declining stats suggest he is mostly useful in a reserve role.

Dewayne Dedmon could also serve as a stretch big. Across the 2017–18 and 2018–19 seasons, the seven-footer shot 37.2% from beyond the arc on 2.8 attempts per game. Last season, though, shot poorly—20.6%, to be exact—as he split time between the Kings and the Hawks. He maintained a free throw percentage north of 80% in all three seasons, so there is reason to suspect he is still a decent shooter and that his behind-the-arc efficiency can return to a respectable mark.

Signing Cousins or Dedmon could allow Obi Toppin to fill a role similar to the one he excelled at in Dayton. In his last collegiate season, Toppin occupied the center spot. He was used as a screener in pick-and-roll situations and was able to beat bigger, slower players off the dribble. With the Knicks, he’s more of a roamer on the perimeter that sprinkles in a post-up or a cut here and there because he plays with a non-shooting big.

In a Toppin-Dedmon/Cousins frontcourt, either veteran would still technically be the center, but because he can shoot, it would allow Toppin to be used in more plays in the middle of the floor. The spacing provided by Dedmon or Cousins, Immanuel Quickley, and Alec Burks could offer Toppin a path to making meaningful contributions.

Younger names that could serve as a stretch big are Thon Maker and Mfiondu Kabengele. Admittedly, neither player is a marksman but their three-point shooting frequency suggests they at least look the part of a stretch big. They should be looked at as guys that are mostly to be used as pick-and-roll screeners but could potentially provide some shooting.

Maker, the 10th overall pick of the 2016 draft, is a seven-footer with a career three-point attempt rating of .407, meaning that almost 41% of his shots are threes. He has only converted them at a 32.7 of them, though. With a wingspan stretching seven feet and three inches wide, he has the length that Thibs could find some use for on defense.

Kabengele, a 6-foot-9 Florida State product, was selected 27th overall in the 2019 draft by the Clippers. The 23-year-old couldn’t crack the Clippers’ deep big-man rotation and was recently traded to and waived by the Kings. In the 2019–20 G League season, he shot 6.1 triples per game, making 32.3% of them. His shot may not be good enough for him to be a true stretch big but he can also provide some defense. He averaged 2.0 blocks and 1.3 steals with the Agua Caliente Clippers.

New York found the success they have this season by keeping it simple with the centers they use—ones that fortify the defense and finish lobs. Although New York’s offense could use some perimeter spacing, it’s not a horrible idea to avoid fixing a team that isn’t totally broken. Especially considering that the odds of finding a really impactful player this late in the buyout process are slim to none, keeping it simple is a fine way to go.

According to Ian Begley of SNY, the Knicks have their eyes on two bigs: Norvel Pelle and John Henson. Pelle, a 6-foot-10 28-year-old, has only played in four games this season but provided the Sixers with his size and shot-blocking skills for 24 games last season. Marc Berman of the New York Post said that Pelle was previously considered as a Mitch Robinson–injury replacement by the Knicks brass earlier in the season.

Knicks continue to keep 7-foot shotblocking center Norvel Pelle on their radar. Was a consideration after Mitchell Robinson broke his hand but they stood pat and he signed with Nets, then Sacramento. He's free agent now.

John Henson spent the first seven years of his career with the Bucks before splitting time with the Cavaliers and the Pistons last season. The 6-foot-9 30-year-old has career averages of 7.6 points and 5.3 rebounds per game. He has 14 games of playoff experience to his name.

Other options include 23-year-old Marquese Chriss and 26-year-old Jordan Bell. Chriss averaged 9.3 points, 6.2 rebounds, and 1.1 blocks per game in 20.3 minutes in Golden State. Bell is undersized for a center at 6-foot-8 and 216 pounds, but he has the energy and athleticism to fight down low. He has averaged 3.7 points and 3.1 rebounds in 12.1 minutes per game during his four-year career.