Cam Reddish’s Season Is Over, But His Time With the Knicks Is Just Beginning 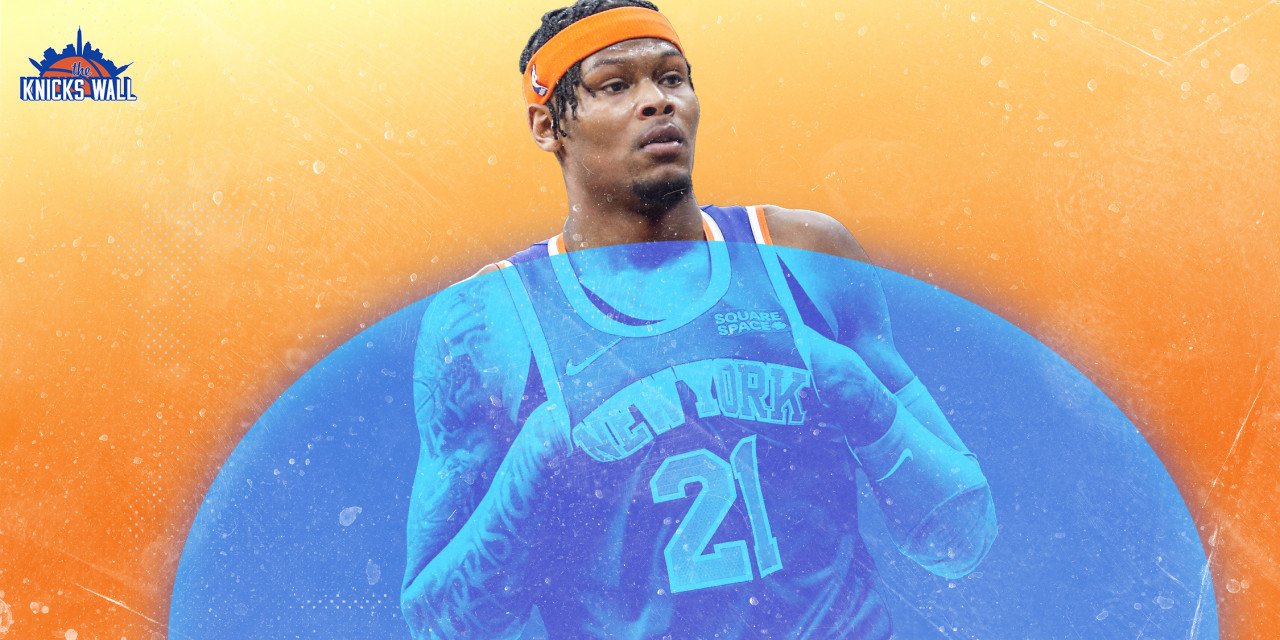 Cam Reddish played his best basketball for the Knicks right before the forward went down with a shoulder injury. It showed a glimpse of what Reddish can do in the future.

Back on January 13th, the New York Knicks made a move. They traded forward Kevin Knox and a 2022 protected first-round pick to the Atlanta Hawks for Cameron Reddish, Solomon Hill, and a 2025 second-rounder (via Brooklyn). Of course, Reddish was the prize of this deal from the New York side. Hill, no more than a throw-in, was waived within a week of the trade, and second-round picks are a dime a dozen in the NBA. The 22-year-old, 6-foot-8 Reddish, on the other hand, flashed tantalizing creation skills over his two-plus years in Atlanta, so the Knicks took a flyer on him.

However, Reddish hasn’t had much of an opportunity to shine in New York so far. After separating his shoulder last week, Reddish will miss the rest of the season, having logged a mere 15 appearances as a Knick. And in those few games, Reddish averaged just 14.3 minutes per contest, far-and-away a career-low. Tom Thibodeau lived up to his hard-headed reputation early on in Reddish’s tenure, restricting the youngster from seeing the court unless it was garbage time.

But then, injuries decimated New York’s frontline in early March. Both Obi Toppin and Taj Gibson, two rotation mainstays, were down for the count. So, Thibodeau rolled with the youngster in the rotation as the backup power forward, and Reddish capitalized on the additional minutes, playing his best basketball as a Knick before his season was cut abruptly short.

The three-game stretch from March 2nd to March 6th (versus the Clippers, Sixers, and Warriors) was arguably the pinnacle of Reddish’s brief 2021–22 season in the Big Apple. Over this span, Reddish averaged 10.0 points, 2.6 rebounds, and 1.0 steals per game on 60% shooting from the field. Most notably, he scored 17 points in 25 minutes against the Clippers on March 16th, his season-high in points for the ‘Bockers. Reddish’s standout performance highlighted his versatility as a scorer and served as a good reminder of why New York spent a first-round pick on him.

Firstly, Reddish was terrific taking the ball to the rim with either hand. There’s little denying he has the agility and creativity to one day mold into a dangerous driving threat, as demonstrated by the clip below. Notice how Reddish contorts his body to negate the contest from Luke Kennard. These types of plays are almost entirely instinctual and cannot be taught.

The numbers will try to convince you Reddish is a poor finisher. With the Knicks, he shot just 52% at the rim, 11th percentile among forwards per Cleaning the Glass. While that numeral has to be better moving forward, it paints a deceiving picture that doesn’t tell the whole story; Reddish took just 17 shots at the rim in 15 games. Because of the few layups he took and the sporadic playing time he saw, take Reddish’s low field-goal percentage with a grain of salt.

Along with an impressive layup package, Reddish also showcased his three-point prowess against the Clippers. He connected on two of his four long-range attempts, with both makes coming off the catch. Reddish is much more proven as a shooter than a driver, evidenced by his 37.9% three-point percentage in Atlanta before being traded to New York.

Cam with the range 🎯 pic.twitter.com/Jbf1RYb1DD

After a hot start to the 2021–22 campaign from behind the arc, the Knicks have since cooled down drastically. Over the last 15 games, the team ranks in the middle of the pack in long-range attempts (13th) and percentage (16th). During this stretch, consistent minutes for Reddish could have gone a long way towards elevating the Knicks back towards the top of the league in three-point effectiveness. Remember, Reddish (4.5 attempted threes per game with Atlanta) can take and make three-point looks off the dribble or the catch—not many other Knicks can say the same.

At this juncture, it’s hard to predict what Reddish’s role will look like next year, but in that same vein, it’s difficult to imagine he will be outside of the rotation. With Mitchell Robinson hitting restricted free agency, Nerlens Noel underperforming, and Taj Gibson being 36 years old, New York’s frontcourt “depth” could clear up over the coming months and thus allow Reddish to snag an eighth/ninth man role as a backup forward. If this role sounds familiar, it’s because it’s precisely the one he served in his final games as a Knick this year, when the ‘Bockers were dealing with several injuries to their frontline.

Unfortunately, Reddish did not get a true chance to show the full extent of his capabilities as a basketball player with the Knicks. There were relatively high hopes for the youngster, and he didn’t live up to them, mainly due to injuries and erratic playing time. But patience is a virtue and one that should be practiced when analyzing his maiden season in New York. Reddish’s moments of brilliance spread throughout his 15-game stretch gives credence to the idea that the youngster’s best days as a Knick have yet to come.