Can Emmanuel Mudiay and Dennis Smith Jr. Co-Exist on the Knicks? 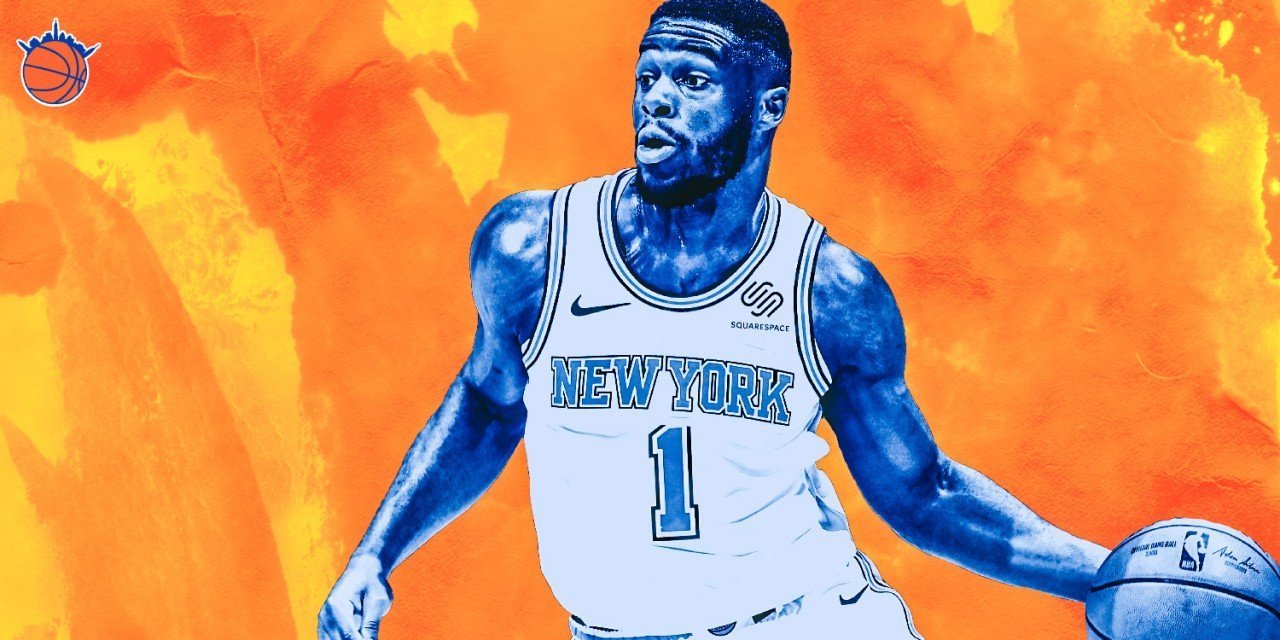 Dennis Smith Jr.’s unceremonious arrival in New York is not dissimilar to how Emmanuel Mudiay showed up at MSG and vandalized Frank Ntilikina’s place with the Knicks.

The reality is inescapable now: the New York Knicks’ 2018–19 season has been a consistently painful endeavor. It’s like walking through a field of glass.

Even the Brooklyn Nets, the longtime punchline of the NBA, have an All-Star point guard and are in the playoff race. If the Knicks were a 2019 blockbuster movie, they’d be Sonic The Hedgehog. D’Angelo Russell’s emergence notwithstanding, the Knicks finally have their own explosive point guard in Dennis Smith Jr. … or Emmanuel Mudiay.

Herein lies the conundrum. Smith, who arrived via the trade sending Kristaps Porzingis to Dallas has been the incumbent starting point guard since his arrival, but Mudiay, who arrived on a “what the hell, why not?” trade is making a push too. The current point guard battle raging on in New York is unlike anything the Knicks have tackled in the past decade.

Who deserves to be the Knicks’ point guard going forward?

If you look at their numbers, Mudiay and Smith Jr. have similar games. You can bet the rent money getting to the rim is at the top of every team’s scouting report about Dennis Smith Jr., and if it’s not first it’s second for Mudiay’s.

Along with that, however, is what else they do besides score. Driving and dishing is a staple among this class of point guard. The entire shtick behind the point forward is predicated around having viable shooters on the perimeter while the ball handler barrels to the basket with reckless abandon.

In turn, passing is another dimension that needs to be examined.

While numbers on drive and dishing are not available, we’re able to use the eye test and examine generalities and assist numbers.

The soundbite of Fizdale boasting that Mudiay was the best passer on the team is a bit dated now, especially with Smith on the roster. Mudiay has played in seven games since All-Star break due to injury and is averaging 2.9 assists, with an assist percentage of 21.1 percent and an assist-to-turnover ratio of 1.0, per NBA Stats. Those numbers along with his 27 percent usage rate don’t paint the picture of an unselfish teammate, even though his passing ability is above that of other, uninspiring players on the Knicks’ roster.

On the other hand, Smith has averaged 6.9 assists in the same seven games. His own assist percentage is 36.1 percent with an assist-to-turnover ratio of 3.2 and a similar usage rate, 22.3. He and his counterpart both have some work to do when it comes to being distributors, but it appears that Mudiay’s ball-stopping is affecting his ability to perform the role traditionally associated with point guards: distributing the ball. For the sake of comparison, D’Angelo Russell’s assist-to-turnover ratio is 2.29 for the year.

It looks like Smith has edged out Mudiay in this area as well, and a surprising change in the backcourt backs it up. In the last six games, Damyean Dotson has scored double digits four times. In one game he had five three-pointers in the first quarter.

YOU CANNOT STOP HIM, YOU CAN ONLY HOPE TO CONTAIN HIM pic.twitter.com/4fGoklFYBE

Dennis Smith Jr. just doesn’t have confidence when he shoots the ball, he has confidence in his teammates too, and the clip above illustrates that pretty well.

Dotson’s cunning, Deandre Jordan’s off-ball screening and Smith’s awareness worked like a singular instinct and ended with a four-point play. That’s as perfect as it can get.

In the past six games, Smith has averaged 14.8 passes to Dotson per game, and Dotson shoots 43.5 percent from three on those attempts, per NBA Stats. Chemistry isn’t always a hallmark moment, but it appears that the Knicks as a team are passing more. This can’t solely be put on the shoulders of Mudiay since the team’s number one option for the majority of the season, Tim Hardaway Jr., left in the trade.

However, with inside scoring and passing, the only real head-to-head category in which Mudiay can compete with Smith is raw scoring.

More than scoring inside, scoring from all levels defines the great point guards of the current generation. Both Mudiay and Smith are in their early twenties and clearly have room for improvement—but showing a bit of promise in the most important area, buckets, is essential in the current point guard race.

Coming off the bench, Mudiay has been surprisingly efficient. He’s shooting 44.4 percent from the field, 40.9 percent from three on 3.1 attempts per game, and scoring 12.7 points in 23.5 minutes off the bench. It’s hard to argue against respectable numbers like those. Smith has put up a 42 field goal percentage, 30.8 percent three-point percentage, and averaged 13.1 points.

Smith-bias, which is a real affliction, makes it hard to cope with the truth that he’s an unreliable shooter even though most of the evidence points in that direction. His embarrassingly low free throw numbers spotlight this issue.

As it stands, Smith versus Mudiay is 2-1 in Smith’s favor, but the offense they bring isn’t the only quality to itemize; the prospect of the future is a huge determinant in which is the better choice as well.

It’s July 31st, and the Knicks have signed both Kyrie Irving and Kevin Durant to deals. Everything is wonderful. The Knicks have two All-Stars, they’ve drafted Zion Williamson, and Hot Pie sits on the Iron Throne. All’s right with the world.

Okay, we’re in that perfect reality, now what do we do with Dennis Smith Jr., the newly christened starting point guard? Well, we sure as hell aren’t benching Kyrie coming off a career year in Boston in favor of a third-year player who simply has the potential to be great.

Putting Smith Jr. off the ball again seems like a merry-go-round move that would stunt his growth as a lead guard. With two All-Stars, they’d be looking to make moves to help them compete, not stay-low-and-build for a future that might never come. In that instance, Mudiay looks like a good, cheap backup point guard with a heartwarming redemption story that you’re all familiar with, while Smith looks ever more like a sacrificial lamb for a cog in their new contender.

Let’s be real: once the buzzer sounds at the end of the 82nd game, development will be the last thing on everyone’s mind.

Dennis Smith Jr. versus Emmanuel Mudiay isn’t the point guard battle we all thought we’d witness at the beginning of the season, but it’s the one we got. The remainder of the season might end with Smith as the victor, but the war, a long-time spot on the Knicks, won’t be secure for either of them until the ink is dry.