Can the Knicks Keep Up With a Deeper Celtics Team This Season? 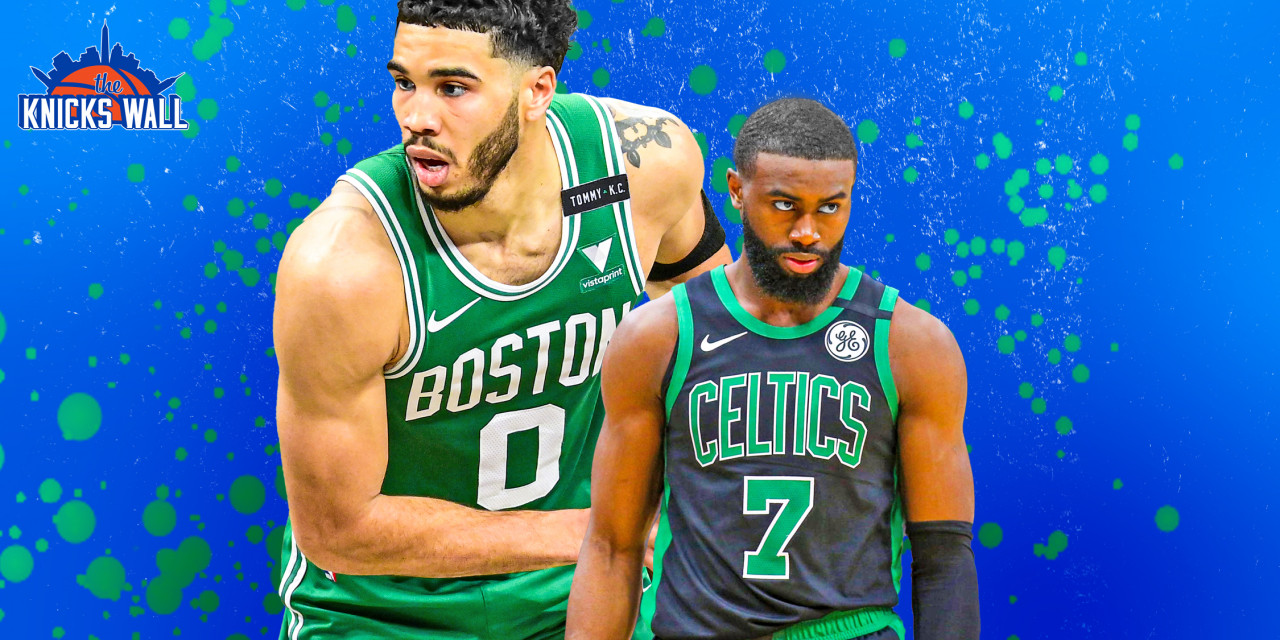 After a successful 2020–21 season series against the Celtics, might things become more difficult this year for the Knicks with Boston’s added depth?

After two COVID-ridden seasons—which resulted in truncated NBA schedules—the New York Knicks finally have a full 82-game slate. That means they’ll play all teams in the Atlantic Division four times apiece, including the Boston Celtics. The two inter-division rivals will meet for the first time during New York’s home- (and season-) opener on October 20th.

Over the past decade, the Celtics have consistently been the better regular-season team. Then the 2020–21 campaign happened, which of course, went swimmingly for the Knicks. Boston, meanwhile, limped to the postseason with a 36-36 record. Both teams bowed out in five games in the first round and addressed weaknesses via trades and free agency.

So who will be the better club in 2021–22? Time will tell, but even the most die-hard supporters couldn’t make such a claim a few years back when the Knicks were a dysfunctional mess, and the Celtics made the conference finals seemingly every year. Let’s enjoy some competitive Boston–New York duels while they’re here. Although both teams appear destined to remain playoff contenders for the long term, it’s impossible to predict the future in today’s ever-changing NBA landscape.

With that said, let’s dive into exactly who and what to watch when the Celtics and Knicks square off.

Newly minted President of Basketball Operations, Brad Stevens, is off to an encouraging start as head decision-maker of the Celtics. This past offseason, Stevens faced an uphill battle—he was tasked with improving the roster’s depth following an underwhelming 2020–21. Boston had limited financial flexibility or tradeable assets to work with. Despite this, Stevens managed to piece together a deep team that is chockful of defensive-minded talents.

The Celtics’ bench unit was once the team’s defining Achilles’ heel. Last season the reserves were either too inexperienced to contribute consistently (Aaron Nesmith, Carsen Edwards, Grant Williams) or fringe NBA players (Semi Ojeleye, Luke Kornet, Jeff Teague). Now, Boston has studs like Dennis Schröder, Josh Richardson, Juancho Hernangómez, and one of Robert Williams or Al Horford to rely on for second-string production. That four-person lineup, on paper at least, stacks up well against (almost) any bench in the league.

“People are sleeping on Boston. The Celtics are deep, with the makings of a top-5-ish defense; lineups featuring Marcus Smart, Jayson Tatum, Jaylen Brown, and Robert Williams III will be hard to score against.”

The tandem of Schroder and Richardson are bound to stymie opposing backcourts defensively with their combined aggression and activity, and with Horford/Williams anchoring the interior, scoring at the rim won’t be a picnic either. On the other end, the amount of three-point shooting/playmaking on the floor should be enough for Boston’s bench to rank among the better reserve units scoring-wise.

With all that said, the Celtics’ summer wasn’t perfect. Losing two near 20-point scorers in Evan Fournier and Kemba Walker is a difficult pill to swallow. The additions of Schröder and Richardson coupled with (presumably) extra touches for Brown and Tatum should help compensate for the guards’ departures, though. It’s difficult to argue that the Celtics aren’t a better team overall than one season ago, even if they lost two exceptional backcourt mates to the Knicks.

The Knicks nor the Celtics lack star power. Julius Randle, Jayston Tatum, Kemba Walker, RJ Barrett, and Jaylen Brown can all lead an offense for stretches. But an unsexy matchup that’s worth keeping tabs on is the one between the projected starting centers. Robert Williams and Mitchell Robinson are eerily alike. They’re each 23 years old. Both are 2018 NBA draftees and entering their fourth season. Both are old-school big men stylistically whose defining abilities are shot-blocking, offensive rebounding, and interior scoring.

There’s a key distinction between the two’s situations, though. Williams just signed a four-year, $54 million extension with the C’s in August. Robinson, on the other hand, is set to hit unrestricted free agency this summer. Why does this matter, exactly? Well, knowing that Williams (a fellow archaic center) earned an extension with fewer games played and worse stats than Robinson, it’s likely Robinson is going to head into these Celtics matchups with a little extra juice. Maybe that means he’ll crash the offensive glass with extra tenacity or block more shots than usual.

Every time Robinson matches up against Williams this season is an opportunity to prove that he deserved Williams’ $54 million deal and more. Seeing the two physical centers square off will be must-see television and an entertaining glimpse into how the rugged centers of the NBA’s past battled night in and night out.

For the first time since 2012–13, Brad Stevens will not be on the sidelines for the Celtics. His successor is Ime Udoka, a former assistant coach with the Nets, Sixers, and Spurs and a seven-year NBA veteran. Colleagues around the league laud Udoka for his ability to relate to and connect with players. Udoka is a defensive-minded coach at his core and hopes to get the Celtics back to playing the scrappy, hard-nosed basketball that embodies the franchise.

Just because Udoka has never been a head coach doesn’t mean he lacks experience; he served as an assistant alongside some of the league’s brightest stars, from Kawhi Leonard to Kevin Durant to Joel Embiid. His chops for mentoring elite talents should come in handy with Jayson Tatum and Jaylen Brown, who are under 25 years old and still far from their peaks.

Although Udoka projects to be an excellent leader and could have a long-term home in Boston, Knicks coach Tom Thibodeau owns a decisive edge in the head-to-head matchup. The reigning Coach of the Year is fresh off arguably the most impressive season of his NBA head-coaching career. His team-first, defensive philosophies aided the Knicks in becoming the league’s best defense in 2020–21 in both opponent field-goal percentage and points allowed. It’s almost comparing apples and oranges between Udoka and Thibodeau as the latter has been in a head-coaching role for three NBA teams across the last decade. If one should take anything away from this section, it’s that while a savvy basketball mind, Udoka still has much to prove before he can be considered in Thibodeau’s coaching stratosphere. 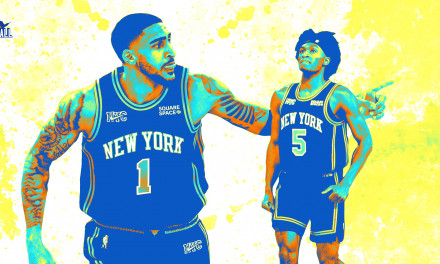