Can Mitchell Robinson Be the Knicks’ (New) Big Man of the Future? 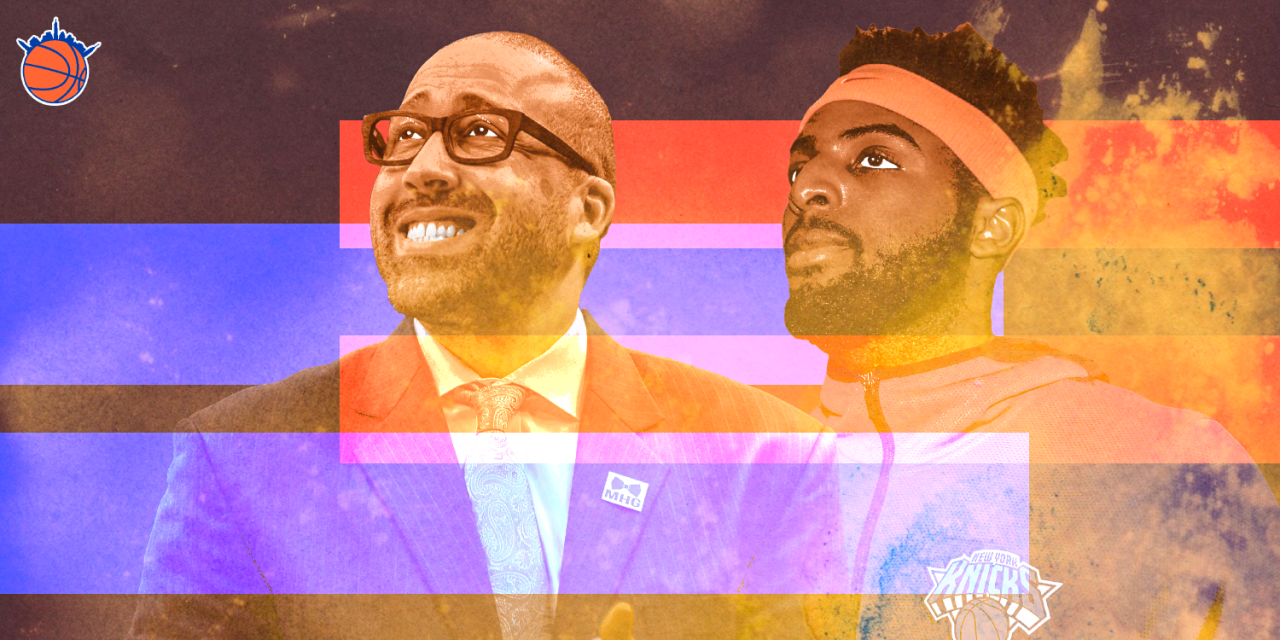 Due to his impressive learning curve and downright unlawful steal of a contract, Mitchell Robinson could blossom into an invaluable piece for the Knicks anchoring the paint longterm.

It just a few short years ago that NBA fans were talking, almost ad nauseam, about the extinction of the center position. In fact, this wasn’t just chatter amongst followers of the league—the NBA itself literally took away the center position from the All-Star voting ballot in 2012.

It’s safe to say none of us (myself included) were disciples of Nostradamus, or even the $10 “medium” down the block. At least, not when it comes to predicting the future of the center position. If anything, our predictions fell more in line with that of a magic eight ball from Spencer’s Gifts.

I’ve talked at length about the NBA’s most evolved position, and how the Knicks, at the time, seemingly had two modern prototypes—Kristaps Porzingis as a potential stretch-5 and rim protector, and Mitchell Robinson, the long, athletic rim-running, defensive aficionado. New York has only one of those two prospects (not to mention a poor man’s Porzingis in Luke Kornet), but that could actually be a good thing for the rebuilding Knicks. Mitchell Robinson looks to be every bit of the real deal.

Robinson Is the New Big Man of the Knicks’ Future

Immediately following the KP trade, it was still unclear as to who on the roster would be the most affected by the shocking front office maneuver. Upon first glance, one might think Frank Ntilikina would be the player most impacted. After all, the Knicks just traded their franchise player for another point guard in Dennis Smith Jr., a guy drafted one slot after Ntilikina—not to mention someone many (including LeBron James) thought should have been chosen over the Frenchman in the first place.

While this notion still holds true, as Frank looks likely to shift to the wing, it cannot be understated how well the move bodes for the future of Mitchell Robinson as the Knicks’ starting center.

When Porzingis was still in the Knicks’ plans, Robinson, while supremely talented, faced an uphill battle in maintaining the starting pivot position for the Knicks. When KP was drafted, his “project” label included a position switch. While he’s listed at—and primarily has only played—the power forward position, it didn’t take a basketball genius to see he was the Knicks’ center of the future. At 7’3” with natural shot-blocking ability, Porzingis looked like every bit of a modern-day center. His knee injury was the icing on the cake—he looked all but certain to be a center upon his return. While Porzingis possesses many guard skills, lateral quickness has never been his strong suit. Surely a devastating ACL injury would hinder him even further.

But when KP was traded, the door opened up for Robinson, the prized Knicks rookie, to take the reins from Porzingis as the big man of the future.

It’s obvious the Knicks are high on their young rookie, which could have been an unspoken factor in the KP swap, but the tangible evidence lies with the organization’s handling of the Enes Kanter situation. After recording DNPs in nine out of 12 contests before being waived, Katner was forced to take a backseat to the rapid development of Robinson.

Nonetheless, since the KP trade, Robinson has been scorching hot, averaging 11 points, 8.4 rebounds, and 2.7 blocks—the latter of which leads the NBA over that span. On the season, he’s averaging 6.1 points, 4.7 rebounds, and 2.1 blocks per game.

While some of this is obviously a testament to the arrival of DeAndre Jordan and his apparent ability to mentor a similarly skilled player, the trade could have galvanized Robinson, with his biggest competition for the spot now playing for another franchise.

Robinson has already shown the qualities of a modern-day big man. There is the aforementioned shot-blocking ability, which already puts him in the upper-echelon of NBA shot-blockers—his nine blocks in the Knicks’ November blowout against the Magic remains an NBA single-game season-high, and he leads all players in blocks per 36 minutes, with an astonishing 4.2.

He’s currently fourth in the league in total blocked shots, despite only playing a tick under 18 minutes a game. He’s also appeared to put on some size (at least, in comparison to this time I randomly saw him at a 7-Eleven back in October), which as helped him on the boards. A bigger emphasis on boxing out thanks to the tutelage of Jordan has also increased his rebounding chops.

On offense, Robinson has already mastered the alley-oop. As a lob-man, there are few passes that don’t get slammed home. He’s converting a godlike 69.6 percent of his field goal opportunities, mostly coming off lobs and offensive rebound opportunities. On defense, he’s shown a keen, frankly underrated ability to switch onto smaller players—which oftentimes results in blocked shots from the perimeter. He even managed to do it on a step-back Luka Doncic three—far from an easy feat.

What separates Robinson from other shot blockers is his seemingly natural, ambidextrous ability to swat the ball—a skill he allegedly learned from his high school coach, Buch Stockton. As you’ll see below, Robinson has no problem blocking a player’s shot with his left hand—a much easier angle—when they drive right.

Where Robinson can improve is his face-up game. While he’s been tentative to take outside shots—even from as close as 10 feet—head coach David Fizdale thinks that he will ultimately be a part of his offensive repertoire.

“I’m never putting a cap on these guys. That’s been my M.O. from the beginning,’’ Fizdale said, per Newsday.

“The good part is that he’s just starting to get a grasp of what we’re doing now, which is what I want to keep hammering home, obviously. We’re going to keep expanding his game, eventually get it to where he can post, where he can face up. You can see his free throws are really starting to look a lot better. So that obviously translates into being able to shoot outside. Everything is baby steps. We’re going to get him there the right way and make sure that he’s good at the main stuff first and then continue to branch out.”

If Robinson does manage to expand his game outside of the arc, an argument could be made that he’s a better all-around center prospect than Porzingis post-injury. At the very least, Mitch is a better fit in Fizdale’s system, which relies heavily on the pick-and-roll on offense, and lateral quickness for heavy switching on defense. When the Fizzle opts to play zone, Robinson’s length and agility make it difficult for penetrators to finish at the rim.

The only thing preventing Robinson from being the Knicks’ future at the center position, at least in the short term, is throwing him into a potential Anthony Davis deal. The Pelicans, reportedly, are very high on Robinson, and may force the Knicks’ hand in parting ways with their young talent. But considering his cap-friendly rookie deal (he’s making just $1,485,440 this year, 66th amongst centers in the league), his contract likely won’t be a factor in making salary match in a potential deal. Barring that one AD-specific scenario, it appears Robinson could be the homegrown center the Knicks need—once again.