Can the Knicks Build the Unlikeliest of Super Teams? 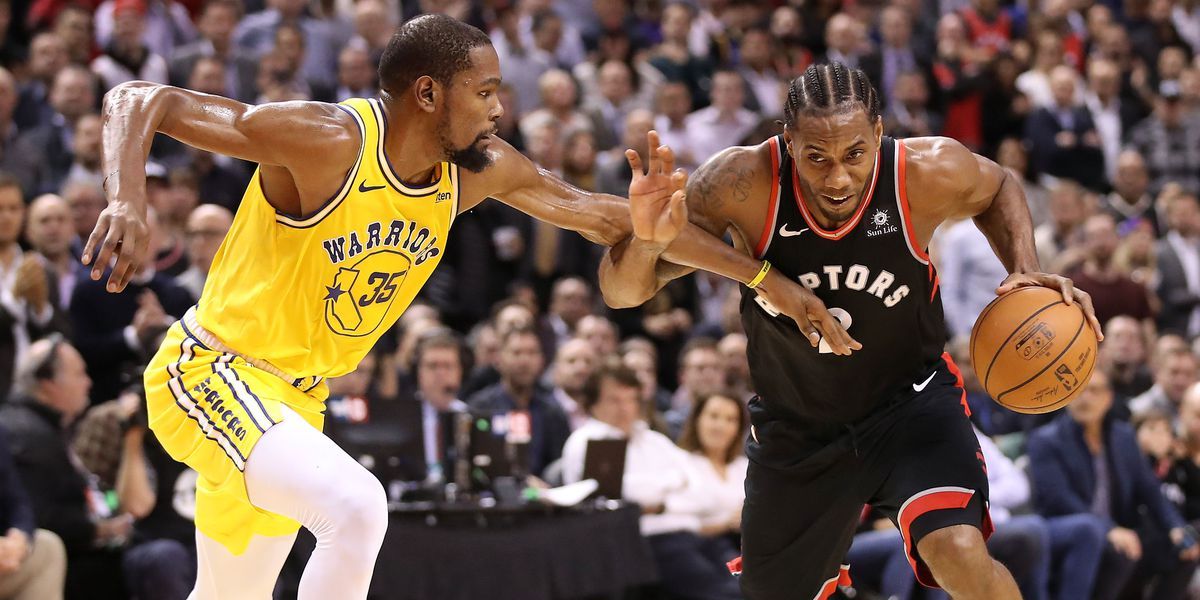 Destiny hangs in the balance as reports broke today of renewed interest in the Knicks from Kevin Durant and Kawhi Leonard.

At R.J. Barrett’s introductory press conference with the Knicks, Steve Mills asked fans to remain patient. Patience is not a strong suit in a city where folks cannot wait for a red light to cross the street and they’re ready to throw hands when their train arrives 30 seconds late.

You can only preach patience for so long before the natives become restless.

Free agency has arrived, and the time for patience has run up. June 30th, tomorrow, became a seminal moment in the Mills-Perry regime once Kristaps Porzingis was traded. At the time, talk was the Knicks had a strong belief they can attract two max players this summer.

The past few weeks have been filled with enough disheartening news to steer even the most optimistic of fans to lower expectations. But on the eve of of free agency, hope has been restored. Names like DeMarcus Cousins and Terry Rozier have been replaced with Kevin Durant and Kawhi Leonard.

As much as the team would want fans to temper expectations, with 2020 free agency shaping up to be a stinker, the time to strike is now. The thought of tanking once again is not appetizing. The Knicks are in the endgame.

A lot will go down over the next week, heavily influencing the timeline not just for New York, but the league as a whole. There should be one priority at Madison Square Garden right now: securing Durant and pitching the hell out of Kawhi.

Before today, a KD-Kawhi partnership was a fantasy booking that could only be achieved in 2K. ESPN’s Adrian Wojnarowski and Ramona Shelburne added some reality to that possibility.

The pairing would be the most dynamic wing duo since LeBron took his talents to South Beach to team up with Dwyane Wade—and potential to be most dominant since Michael Jordan and Scottie Pippen. The first step to building this super team is getting Durant to sign.

To be clear, the Knicks are not alone in this possible team-up; the Clippers are well equipped to fit both stars with some maneuvering.

The Knicks do have a few things going for them that the Clippers do not. Unlike the Clippers, who have to find a way to offload Danilo Gallinari and renounce the rights to their own free agents, the Knicks can make this a done deal tomorrow night thanks to their cap space.

Durant’s interest in the Knicks has been there all season. Reports from credible sources have circulated for months and have continued throughout the recent Brooklyn noise from TV talking heads.

Rich Kleiman, Durant’s agent and confidant, is a huge Knicks fan with aspirations of running the team. Bringing Kleiman into the fold is a win in every scenario—chief among them is landing Durant and making the Knicks attractive for the first time in the free agency era.

Aside from the Kleiman connection, Durant also has connections of his own within the team. His close friend DeAndre Jordan spent the final three months with the team, and Durant is close with assistant coach Royal Ivey and rising sophomore Allonzo Trier. R.J. Barrett’s godfather, Steve Nash, is another close friend to Durant, who can hopefully lend an assist on behalf of his godson.

One piece that has remained constant with the Durant story has been his desire to not come alone. If Durant is in, you can bet he will make a compelling pitch to Kawhi now that Kyrie Irving is a Brooklyn Net.

Kawhi is a tougher nut to crack. No one really knows what goes through his head other than he enjoys winning. His interest will likely hinge on the team’s ability to put together a winning roster—a tough ask for a 17-win squad. Durant’s presence, even as the redshirt for next season, changes that perception dramatically.

Mills and Perry—and Durant for that matter—can go about this one of two ways.

They could try and get Leonard to sign now, or tell him to come back next summer. The smart play for Kawhi has always been to run it back with the Raptors for at least one more season, on a “one-and-one” deal.

That would allow him to join the fray when the young guys are more developed and Durant is healthy once again. However, as we’ve seen, much can happen in the next 12 months. Durant’s Achilles injury could have been a wake up call for players to secure the bag first and foremost.

For argument’s sake, let’s say Kawhi does want to sign a long-term deal now. Why does Durant hold so much appeal?

Beyond pairing two of the best players in the league, the Eastern Conference would belong to them. The Sixers could lose Jimmy Butler and Tobias Harris. Poor money management can see Giannis Antetokounmpo leave Milwaukee, possibly for Golden State. That would leave an easy road to the Finals for the foreseeable future, with a young core headlined by Barrett continuing to develop in the process.

On the court this pairing makes more sense post-injury for Durant. Durant may not be as mobile as he was prior to his injury, but he is still seven feet tall. He could become a full time power forward with Kawhi sliding in at the 3, taking on the opposing team’s best player.

If the right pieces are added around them, defensive-minded players who do not need the ball in their hands (Mitchell Robinson and Frank Ntilikina) and a tertiary scorer with loads of potential (Barrett), you have something viable to pitch Kawhi.

This would mean everything breaking right for the Knicks—something that has never happened. What happens if Kawhi goes to the Lakers, Durant returns to Golden State or both join the Clippers? The Knicks have their backup plans for that as well.

Scott Perry said the team will not target second-tier stars, yet interest in a select few have been reported. Most notably Julius Randle, who is 24 years old and somehow undervalued. Randle could be a nice complement to Mitch’s rim protecting, lob-catching playing style, and could be a decent enough piece to still play with Durant.

The team has also reported interest in Terry Rozier and Cousins, but those guys are not moving the needle. Tanking may end up being the best option. But Mills and Perry must exhaust every avenue to land at least Durant, and hopefully Kawhi, too.

The fans have been patient long enough. It’s time for winning basketball to return to the world’s most famous arena.