Which Candidates Make Sense for the Next Knicks Head Coach? 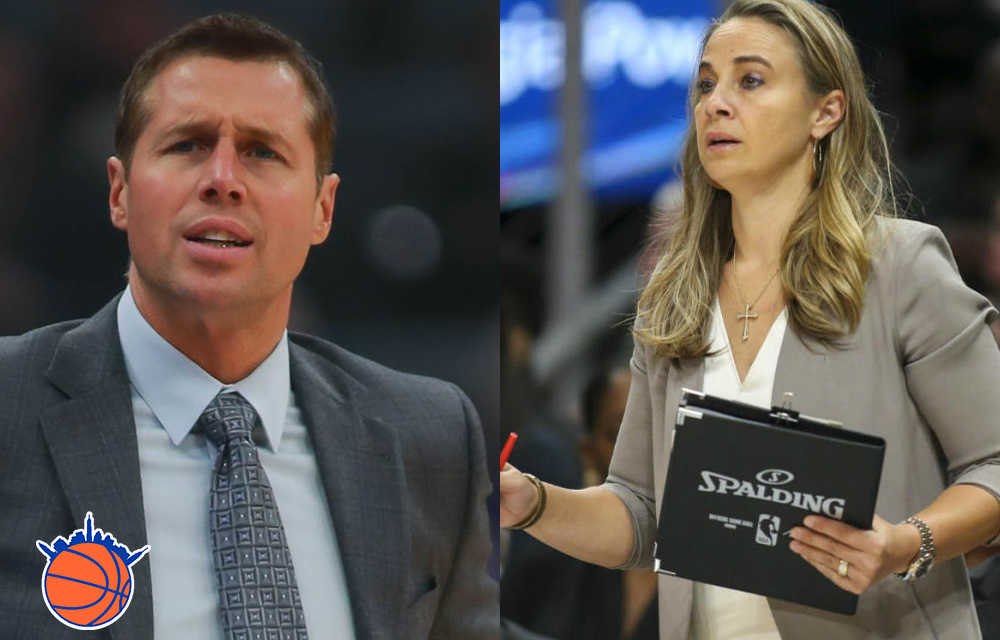 With David Fizdale out, the New York Knicks’ search is underway for their next head coach. There is a range of options the franchise can go with.

David Fizdale has been fired as head coach of the New York Knicks as of Friday, December 6th. The firing makes him the fourth head coach relieved of their duties in two seasons or less since 2013–14. In that span the Knicks have employed (and fired) Mike Woodson, Derek Fisher, Jeff Hornacek, and now David Fizdale. Fizdale was 21-83 during his tenure with the Knicks.

Flat out, the Knicks have been a hard watch this season. They have a record of 4-18, which is only better than the 4-19 Warriors (who have been missing their four best players for the majority of the season). David Fizdale’s offense, or lack thereof, deserves a lot of the blame.

The Knicks have run the most isolations in the Association, which has landed them by far the worst Offensive Rating (ORtg) in the league at 101.9 (per NBA Stats). Fizdale consistently ran lineups that offered zero spacing for guys on the wing to operate; he would start Bobby Portis or Taj Gibson (who won’t be here next year, maybe not even the end of this season) over center Mitchell Robinson; Kevin Knox, who drastically improved his shooting was getting DNP-CD’s.

But the Fizdale era in New York is now a thing of the past. Plenty of candidates should look to fill this coaching void as it offers a chance to live in one of the world’s best cities, coaching for the biggest brand in basketball, with a solid young core of players. Here are four possible head coaching candidates New York should look at—and why.

Dave Joerger was previously the coach of the Sacramento Kings during the 2018–19 NBA season. The Kings that year were a surprise team out west playing above .500 for much of the season before injuries piled up.

Joerger caught flak from the front office for not playing Marvin Bagley enough minutes, but he was doing that so the offense had more spacing with Nemanja Bjelica at the 4. It resulted in breakout seasons from point guard De’Aaron Fox, shooting guard Buddy Hield, and wing Bogdan Bogdanovic. The Kings improved their win total by 12 wins over the 2017–18 season. They went from 29th in Offensive Rating and 28th in Defensive Rating in 2018, to 16th in ORtg and 20th in DRtg in 2019.

Joerger revived a dying organization. Could he repeat that in New York?

This one is weird, but it’s worth mentioning.

D’Antoni should have been a lock for an extension this summer with the Rockets, but he wasn’t. The Rockets elected to let him coach this season on the remainder of his deal and would revisit contract talks this summer. If the Rockets fail to make noise in the playoffs this year, the Knicks could pry the two-time Coach of the Year away from Houston and back to New York.

His last stint in New York didn’t work because of the disconnect between he and Carmelo Anthony. ‘Melo refused a move to the power forward position, which was what D’Antoni envisioned for the team. It would have provided more spacing on offense and would have made Anthony a matchup nightmare since the league was still playing two traditional big men at the time. It’s a long shot but worth mentioning.

Many still wonder how great the Knicks could have been with Anthony at the 4 and Amar’e at the 5.

Becky Hammon joined the San Antonio Spurs coaching staff back in 2014. In June 2018, she was promoted as head assistant with the Spurs.

This has everything to do with the organization Hammon comes from: ex-Spurs assistants have gone on to become successful head coaches, instilling the right culture for their respective teams. Mike Budenholzer, currently the coach of the Milwaukee Bucks, was once an assistant under Gregg Popovich. In his head coaching tenure he has been the coach of two 60-win teams that reached the Conference Finals with the 2014–15 Atlanta Hawks and the 2018–19 Milwaukee Bucks. Giannis Antetokounmpo has arguably become the best player in basketball under Coach Bud.

Other coaches from the Popovich coaching tree include Brett Brown, Mike Brown, and James Borrego, the latter of whom interviewed for the then-vacant Knicks job before Fizdale was hired last year. The Knicks should 100% give Hammon a look.

The Knicks have hired enough ex-players who truly don’t fully understand the new NBA and how to coach it. It failed miserably with both Derek Fisher and Jeff Hornacek in the last four years. At this point, New York should get away from the ex-player formula and find someone more innovative than those guys tend to be.

Now, Mark Jackson—who was drafted by the Knicks in 1987 and won Rookie of the Year—is a better coach and saw success with the Warriors, but you cannot deny how much better the Warriors became on both ends after his departure. He’s understandably been linked to the Knicks throughout this disaster season, but he’s been linked to lots teams after every firing and hasn’t gotten a job. Take that however you’d like.

If the Knicks cannot successfully find a head coach to steer this sinking ship, changes in the front office have to become a priority.