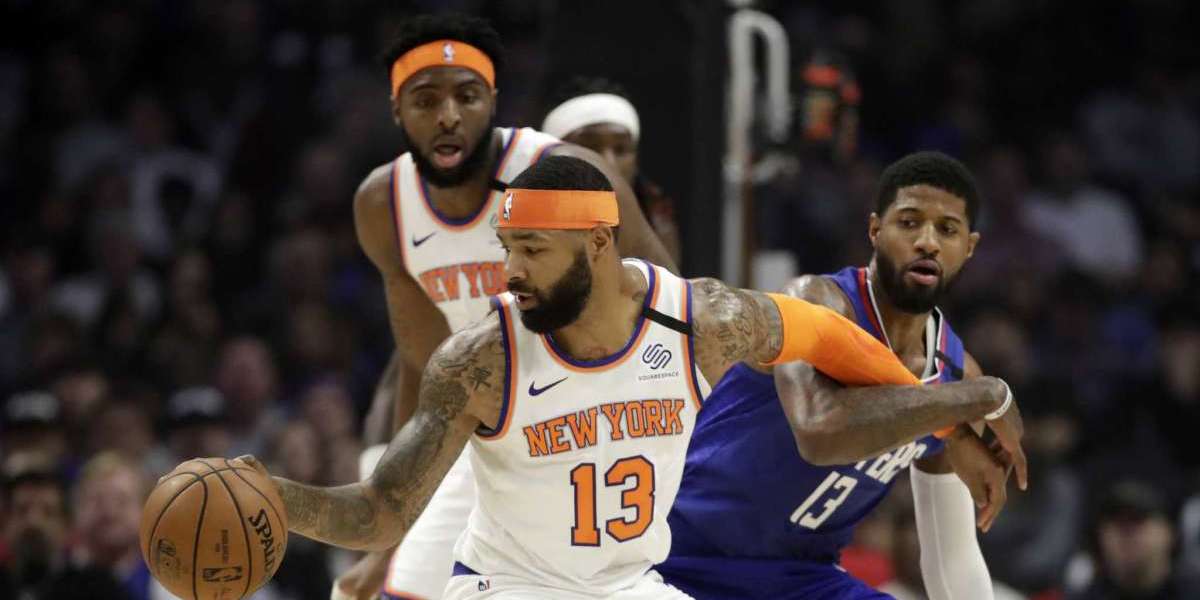 The Knicks nearly pulled off an upset in LA, but the Clippers regained composure in the second have to down New York in a high-scoring affair.

On Sunday afternoon, the Los Angeles Clippers (26-12) defeated the New York Knicks (10-26) 135-132 out west. Marcus Morris finished with new career-high 38 points and five rebounds for the Knicks. For Los Angeles, Paul George finished with 32 points, four rebounds, and five made threes. With the loss, the Knicks are now on a two-game losing streak after Friday’s defeat in the desert.

It was a weird game, to say the least. The Clippers were without Kawhi Leonard, leaving them short on both sides of the ball, while the Knicks were without Elfrid Payton and Dennis Smith Jr., leaving them with just Frank Ntilikina and recent G League call-up Kadeem Allen as the only lead ball-handlers on the roster.

Kadeem Allen just finds a way to impact the game and I love it pic.twitter.com/TvTJhhJGRt

It didn’t matter, as both teams put on a show early. New York’s offense was humming right out of the gate—45 points in the first quarter and 76% shooting from the floor. R.J. Barrett was active early in this one, getting a couple of good looks at the basket, while Bobby Portis knocked down a pair of threes. Things were looking good.

But the Knicks were living on bad shots and once those began to fade, so did the ‘Bockers. Los Angeles turned up the defensive pressure on the Knicks while beginning to space the floor on offense. The Clippers finished with 56.3% shooting from three-point range, with George and three-time Sixth Man of the Year winner Lou Williams benefiting from New York’s poor defense.

George had a monster game, but the Clippers lived off the two-man combination of Montrezl Harrell and Lou Williams. Both players came off the bench and combined for 66 points. Harrell was abusing Mitchell Robinson in the post, thanks to an array of offensive moves: whether it was pulling Robinson out the post and driving past him, or just outmuscling him, Harrell was always in control of that matchup.

Lou Williams did a great job of controlling the ball as a secondary ball-handler and shooter. He started with some wide-open threes, and when New York began to key on him, Williams began to attack the basket. Along with his 32 points, Williams also finished with nine assists, mostly dump-offs to Harrell, thanks to bending New York’s defense.

New York actually had a solid fourth-quarter comeback attempt after being down double digits in the third period. Morris had a few good looks, Barrett continued his strong game, and Robinson turned it on defensively. Still, the Clippers were too much down the stretch, giving the Knicks their second loss in as many games.

It was a bad loss, but at least it was a fun loss. Here are some small notes:

RJ Barrett knocks down the 3 and he’s now 4-4 with 10 points. I’m one first quarter bucket away from claiming this as his first 30 point game. pic.twitter.com/8KvPmAOVTu

The Knicks stay two more days in the City of Angels to take on LeBron James, Anthony Davis, and the Lakers on Tuesday.