Coaching Matters: A Look at the 2020–21 Knicks Under Tom Thibodeau 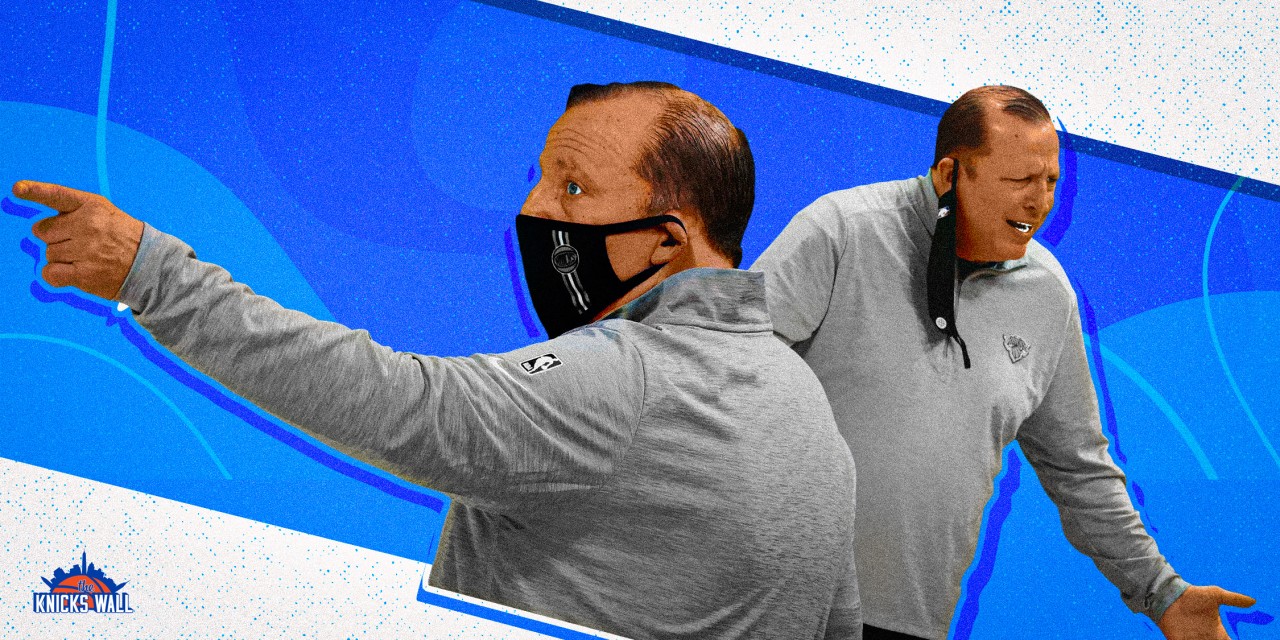 It hasn’t always been pretty, but the Knicks are playing near-.500 ball one-fifth into the 2020–21 season and Tom Thibodeau has New York as a top-five NBA defense.

Folks, the New York Knickerbockers are 7-8 and currently find themselves as the sixth seed in the Eastern Conference standings. This usually isn’t something to write home about, but considering all of the turmoil, ineptitude, and losing the Knicks have done over the better part of two decades, 7-8 seems pretty good.

The most significant change the Knicks made this offseason was not in their on-court talent, as the roster has remained similar overall from last year, except for a few players. What seems like the most important addition to the Knicks is new head man Tom Thibodeau, who has helped this perennially woeful franchise turn it around this season and become a respectable, watchable and fun basketball team early on in this season.

There is a common opinion that coaching in the NBA doesn’t matter nearly as much as it does in other sports leagues like the NFL, for example. While that may be true, it doesn’t mean that the coach of an NBA team can’t have a strong impact on a team’s success or shortcomings.

Sure, it’s easy to discredit coaches like Phil Jackson and, more recently, Steve Kerr and say they wouldn’t have won any championships without superstars like Michael Jordan, Scottie Pippen, Shaquille O’Neal, Kobe Bryant, Stephen Curry, Kevin Durant, Klay Thompson, etc. Yes, players and talent matter, and in the star-driven NBA, you almost need two bona fide stars to be even considered a contender nowadays, regardless of coaching and front office staff.

But what is not often considered is how important it is for said players to be put in the best possible positions to succeed, as well as the culture and that is where the value and importance of an NBA coach come into play.

A prime example of how coaching matters is the 2020–21 New York Knicks, who have come to play this season with a refreshingly fiery and exciting brand of basketball that was simply nonexistent a season ago under the David Fizdale/Mike Miller regime.

Currently, in this young season, the Knicks allow the fewest points in the NBA per game at 102.7, per NBA Stats. Yes, you read, that right. The Knicks are finally looking like a team that wants to and is capable of playing defense. Also, New York is 11th in defensive rebounding, per ESPN Stats, another stat that largely reflects solid effort.

So, why the sudden turnaround on that end of the floor? Look no further than Tom Thibodeau. Thibodeau, since becoming a head coach in 2010, has been known for his very intense and hardnose style of coaching, particularly in terms of guarding. Thibs has always demanded his teams playing defense and he is not afraid to lay into his players for not doing so.

Everyone Knicks fan has probably come across the following picture of David Fizdale smiling while down by 38 against the Bucks:

While a pretty innocuous picture and we shouldn’t jump to conclusions that Fiz didn’t care about losing, but would we ever see something like this from grumpy old Thibs? I’m just saying!

For the most part, the Knicks are a collection of younger players who are hungry and trying to make names for themselves in the NBA. For a Tom Thibodeau–coached team, this hunger is required on the defensive end of the floor and so far, it seems like the players have bought into what he is selling.

A large part of playing good defense is based on raw effort and will, and Thibs has done an excellent job thus far setting the tone, but why such a stark difference on defense from this year’s team to last year’s apathetic efforts and subpar results under the supervision of Fizdale and Miller?

With a roster core that didn’t experience much turnover this offseason, the improvement in defense can’t really be attributed to more talent. What it can be attributed to is the fact that Thibs not only knows how to maximize the defensive ability of his guys but is putting his players, for the most part, in positions to be successful with his defensive lineups and schemes.

Going back to his early days with the Bulls, a few of Thibs’ staples that made his teams so stout defensively was the way he had his guys cut off passing lanes, contest shots and effectively defend the pick-and-roll. This season, it has been particularly evident that the Knicks have been in much better positions to not allow wide-open shots, something that has killed them in previous seasons.

Guys like Julius Randle and Kevin Knox (historically not great defenders) just look more engaged and aware on defense this season and a lot of that is due to their positioning and the coaching staff doing a good job of playing to their strengths and not setting them up to fail.

All you can ask of a coach is to put his players in the most ideal conditions to be successful and Thibs has done that to this point.

Learning How to Win

Another noticeable difference between the way Thibodeau and Fizdale approached the game is that Thibs has taught his team how to win, while Fiz often looked like he was trying to not lose.

A few instances this season, the Knicks looked dead in the water against the Cleveland Cavaliers and Utah Jazz, trailing by double digits. A year ago, a team coached by Fiz/Miller likely would’ve mailed it in and got boat raced by 30-plus points. This season, the Knicks not only fought back but won both of those games thanks to contributions from various players.

Remember, there isn’t that much of a talent gap from this year’s team to last year’s team and it just seems like Thibs’ willingness to be aggressive and refuse to allow his guys to take their foot on the gas is evident, whereas, with Fizdale and Miller, there was a level of defeat that crept in once they fell into a deficit. It was almost like they knew the talent wasn’t there and kind of tried to get the game over with, rather than rally the troops to try and come back.