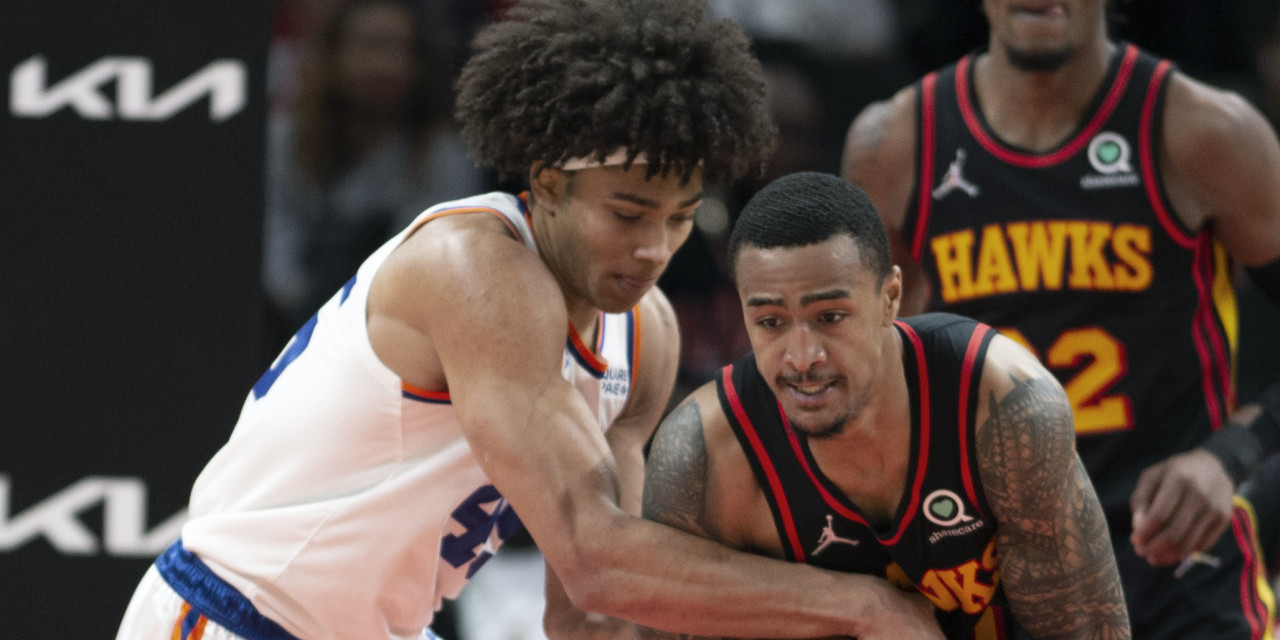 Alec Burks, with the spot start at point guard, helped push the Knicks through their humongous hurdle known as Trae Young and the Hawks.

The New York Knicks (11-9) took on the Atlanta Hawks (11-10) in a game where the visitors were extremely shorthanded. New York was missing four players; their starting point guard, Kemba Walker, due to rest in a back-to-back; their backup point guard, Derrick Rose, who was missing his third straight game with an ankle injury; backup center Nerlens Noel was listed as day-to-day after hurting himself in the previous game, a blowout loss to the Phoenix Suns; and Taj Gibson missed a fourth straight game with a groin injury.

The Knicks went down to Atlanta and handed the Hawks their second home loss of the season along with snapping their seven-game winning streak with a 99-90 victory. New York also played excellent defense holding Atlanta to 90 points and 35.5% shooting at a time where they were averaging 120 points a game during the seven consecutive victories. The Knicks also held the Hawks’ bench to 19 points. Non-Trae Young Hawks shot 4-for-27 from downtown.

The early-season playoff rematch had some significance for the Knicks as the Atlanta bested in the playoffs 3-1 last season. The Knicks improved to 6-3 as visitors and continue to prove they are road warriors.

The first half was all about the young reserves, led by Obi Toppin, who sparked the team to a 10-point lead and scored 11 points in the second quarter; Toppin would finish the game with 13 points. With the two backup bigs ahead of him on the depth chart, two-way signee Jericho Sims answered the call by making the most of the first extended minutes in the NBA, contributing on defense with some big blocks. He would end his night scoring six points to go along with six rebounds and a pair of blocks. Quentin Grimes also showed his playmaking ability with a highlight alley-oop to Toppin, along with hounding on defense.

GRIMES TO OBI ALLEY.
INJECT THIS INTO ME.
YOUNG BULL SZN. pic.twitter.com/A1TNiXHKxB

Trae Young put on a show, as usual against the Knicks, hitting his patented circus three-pointers and going off for 22 in the first half of the game. In the final two minutes of the second quarter, Young got hot and scored eight straight points, including two three-pointers from beyond 33 feet, helping the cut a 10-point lead to one at the half. He immediately started the third quarter with a three-pointer to give Atlanta the lead and ignite a 7-0 run, but that was all from Young. While he finished with 33 points and seven assists, the Knicks went on to hold him scoreless in the fourth quarter. Clint Capela had a monster game grabbing 21 boards for the Hawks to go along with 16 points. The Knicks also held Bogdan Bogdanovic to two points on a single field goal, as he left the game after 10 minutes with an injury.

The Knicks settled things down though and proceeded to take control of the game and build an 11-point to end lead to end the third quarter that they never gave away on the back of Burks, who continued to shine in his first start of the season. Burks carried the Knicks, scoring 12 straight points in a rare, positive third quarter where he hit four triples and 15 of New York’s 34 points in the period. He finished the game with a team-high 23 points.

Julius Randle struggled tonight, not scoring in the first half starting and starting the game 0-for-7 from the floor before finally getting a bucket in the second half. Randle would hit two clutch free throws late in the fourth quarter to help keep the Hawks at bay; he finished the game shooting 3-of-14 with eight points, 11 rebounds, and four assists.

RJ Barrett quietly had a solid game after a prolonged shooting slump. He might have finally broken through his rough patch, shooting 6-of-11 for 15 points and seven boards (and a team-high +18).

Evan Fournier also had a good performance for the Knicks, He scored 20 points on 13 shots, which included four three-pointers; that’s two 20-point games in the last three for the Frenchman.

This was a feel-good victory for the Knicks, getting some revenge on the Hawks after getting run out of Madison Square Garden against the Suns, but the road gets much tough from here. Next up, the Knicks head to Brooklyn to face Kevin Durant and the Eastern Conference–leading Nets.