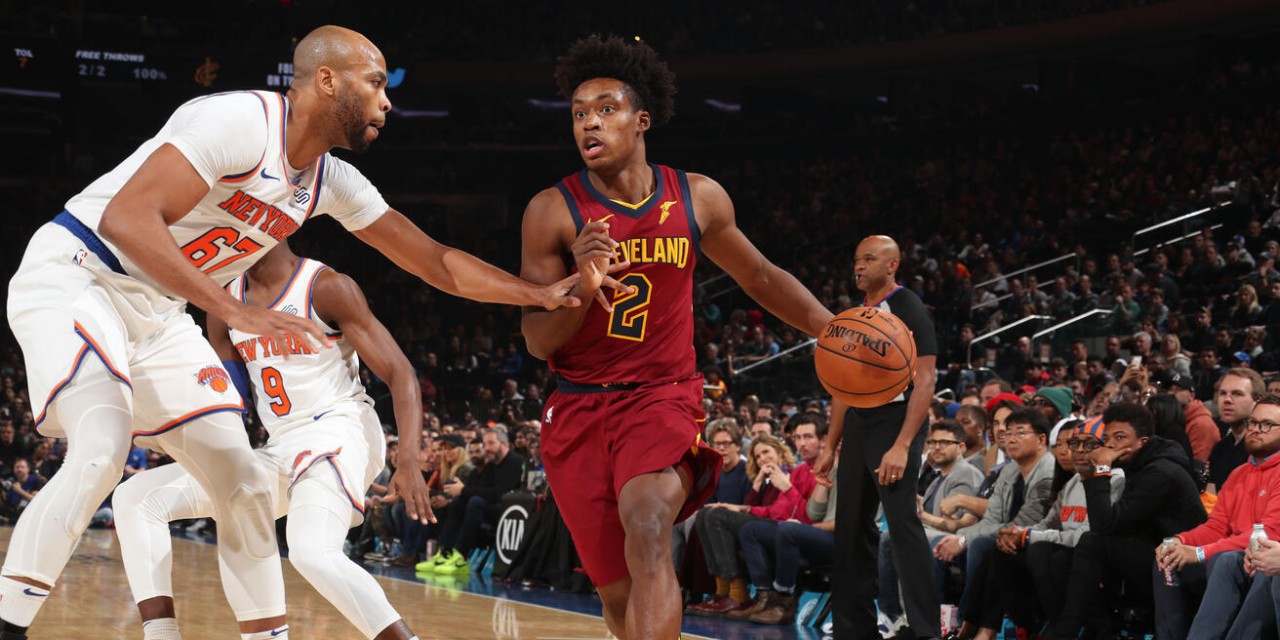 Knicks brass had to speak to reporters after their eighth loss in 10 games on Sunday, with second-year guard Collin Sexton and the Cavs bullying them.

The Cleveland Cavaliers defeated the New York Knicks by a final score of 108-87. Collin Sexton finished with 31 points, three assists, and five made three-pointers for the Cavaliers, while Julius Randle finished with 20 points and 16 rebounds for the Knicks. With the loss, the Knicks move to 2-8 on the season.

After the win against the Dallas Mavericks in Dallas, the thought was that a win against Cleveland could offer some momentum and some positive vibes as they hosted a series of teams that missed the playoffs last year. Instead, this was an ugly one from the start.

New York was a disaster from the first quarter—with six turnovers in the first half, multiple missed looks at the basket and the ongoing free-throw blunders, the Knicks didn’t do themselves any favors early. Frank Ntilikina found both Bobby Portis and Julius Randle for good looks, but they didn’t fall.

On the other end, New York couldn’t do much to stop Cleveland’s offensive attack. If it wasn’t Cedi Osman and Kevin Love getting wide-open looks from three, it was Sexton and Jordan Clarkson attacking the basket at will. Cleveland went up 12 points to end the first quarter and didn’t let up from there.

Surprise! It only got rough from there. The Knicks had just 47 points with 4:22 left in the third quarter. Cleveland, who wasn’t unbelievable in this game, was up 30. It was a tough watch as Cleveland’s guards continued to work New York’s nonexistent defense.

New York gave the fans some hope with a 21-6 run to end the quarter, but that run only sliced Cleveland’s lead to 15. The Cavaliers ended up with a wire-to-wire win, with a double-digit lead throughout the entire second half. It was one of the worst performances of the season and the second straight Sunday blowout of the year. Not great!

Some more notes and thoughts on the Knicks.

We're very deep into the third quarter of a Knicks blowout and three important people have not returned to their seats from halftime: Dolan, Mills, Perry.

"We're not happy with where we are" pic.twitter.com/3ETgaRwtsu

The Knicks travel to Chicago to face the Bulls on Tuesday. The Bulls current record is 3-7 and the last time these two teams met, Bobby Portis had a big game in lieu of New York picking up its first win of the season.