Considering the Strengths and Weaknesses of a Mitchell Robinson Trade 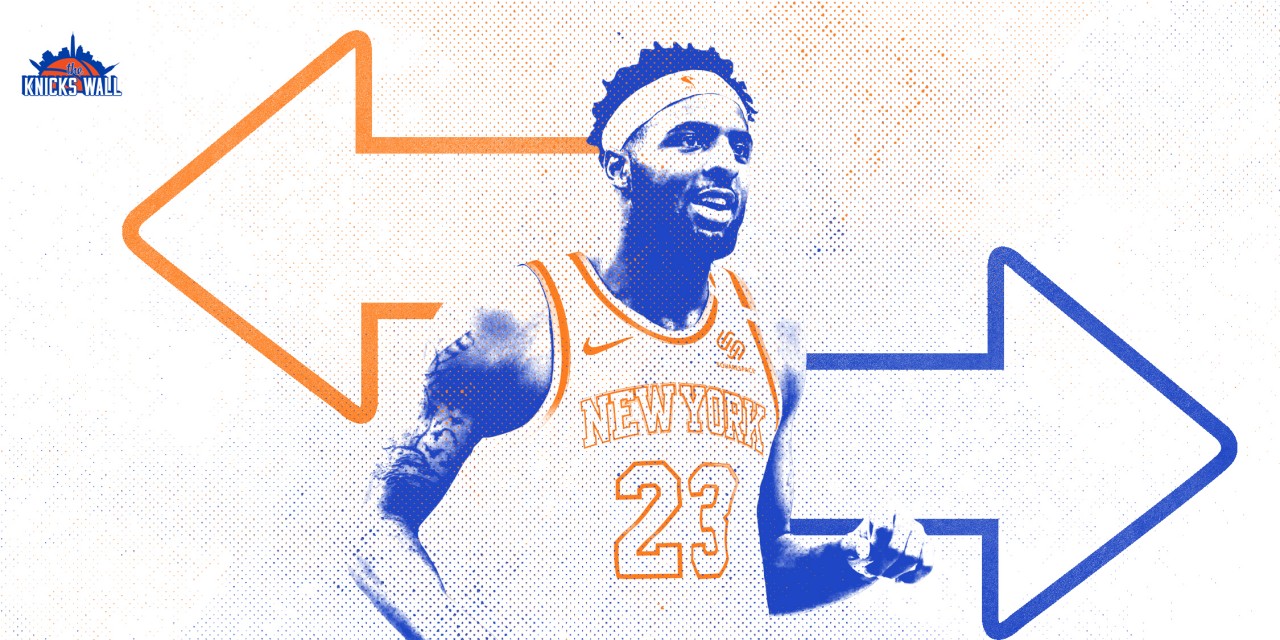 It’s worth evaluating the long-term impact Mitchell Robinson could have on the Knicks during his growing absence. What about a trade?

While the stats between this season and last season aren’t vastly different, the eye test shows that Robinson has made significant strides under new head coach Tom Thibodeau. Robinson’s main issue in previous seasons was his lack of discipline, causing him to get into foul trouble. This has vastly improved this season. Robinson is averaging a career-low of 2.9 fouls per game, which has allowed him to play career-high minutes.

Despite the center’s improvement, the play of Julius Randle, R.J. Barrett, and Immanuel Quickley has left Mitchell Robinson looking like the fourth piece to a future core. Considering we don’t know what Obi Toppin is going to turn into yet, Robinson may even be fifth. Given unexpected events this year, the Knicks need to consider trading Robinson—which seemed unthinkable just three months ago during the offseason.

“Consider” is the operative word here. It would be reckless to state that the Knicks need to trade Mitchell Robinson, as he hasn’t done anything to warrant getting rid of him. However, he’s moved down the totem pole of priorities for the Knicks’ rebuild, so it is something they should explore if it will improve the team’s outlook in the short term and the long term.

The Center Position in the NBA is Evolving

Robinson fits the archetype of an old-school NBA center. When evaluating him in articles during the offseason, the ceiling comparison that came to mind was Clint Capela while the floor comparison was JaVale McGee. Robinson’s a great shot-blocker, rim protector, and decent rebounder. He’s also a freak athlete who can catch lobs that many players wouldn’t come close to touching.

Ten years ago, this would have been a lot more valuable than it is in today’s NBA. Other than Rudy Gobert, all the centers that provide immense value to organizations can shoot and pass. Joel Embiid and Nikola Jokic are both MVP candidates and other players like Bam Adebayo, Nikola Vucevic, and Karl-Anthony Towns have made a name for themselves by being good shooters and/or passers. Although I consider Anthony Davis more of a power forward, he could also be on this list of centers who are dominant offensively.

Right now, Mitchell Robinson doesn’t have much of an offensive game other than catching lobs. Long term, that will limit his ceiling tremendously. If your organization doesn’t have one of the centers listed above, then the five-man is a replaceable position. The Warriors won multiple titles playing a combination of bigs such as Andrew Bogut, Kevon Looney, Jordan Bell, and the aforementioned McGee. The Raptors picked up Marc Gasol at the deadline a couple of years ago and won with him at the center position.

Ultimately, archetypes like Mitchell Robinson can be found either in free agency or via trade each season. Nerlens Noel is the perfect example of that. While Noel isn’t as good as Robinson, he’s started six games in his place while Robinson has been out with a hand injury, and put up 8.0 points, 6.4 rebounds, and 2.0 blocks per game over that span. Most importantly, the Knicks are 4-2 in this small sample size.

Unless you have a modern-day NBA center, it’s worth it to invest resources elsewhere, such as in three-point shooting, wings, and guards—all of which the Knicks can most definitely use.

Trades That Could Be Appealing

Even if the Knicks were to get an offer like that, it wouldn’t be appealing for New York unless they were blown away. Why trade Robinson for a late first or early second-round pick, when you can just play him for another year on a team that’s now expected to make the playoffs? It wouldn’t make sense.

If Robinson is traded, it should be used to make the Knicks better right now, and that means packaging him in a deal for an established player. Whether that’s an All-Star-level player or a step below that depends on who becomes available.

There’s been a lot of Bradley Beal and Zach LaVine talk. With the way LaVine has played this year and the Bulls playing well, it’s hard to see them letting him go. Not so for the Wizards and Beal. It would be a no-brainer to include Robinson in a deal for either.

Take a step down below that caliber of player and look at a guy like Buddy Hield. Hield hasn’t had a great season by any means, averaging only 15.5 points while shooting 37.2% from the field, 36.2% from three. However, he’s averaged 19 or more points and shot better than 40% from three multiple times in his career, and would be a massive upgrade on the wing. Whether Hield ends up being available in the offseason is unknown, but moving Robinson for a three-point shooting wing should certainly be in consideration.

If a trade like this was made, the Knicks could use their second first-round pick on another center. In an incredibly deep draft, there’s the talent to be found in the middle of the first round.


The Knicks shouldn’t trade Robinson if it doesn’t immediately make the roster better in the immediate and the long term. However, if there’s a trade for a better player, it has to be considered.

Every single season, information comes out that certain NBA teams wanted to hold onto their young guys rather than trading for a star. Sometimes it’s warranted, but Mitchell Robinson doesn’t fit into that category—especially with Barrett, Quickley, and Randle all ahead of him on the priority list, proving they can be valuable pieces for the Knicks in years to come.

While young players are fun to watch develop, the goal of any organization is to put yourself in the best position to win games in the future. If the Knicks can improve by investing resources in a more valuable position or skill set, then it’s a no-brainer. Robinson will probably get a little bit better at the peak of his NBA career, but it’s hard to envision him as an irreplaceable player, based on the way he plays in today’s league.

With a season exceeding expectations so far, tough decisions are going to be made to keep moving in the right direction. Trading Mitchell Robinson might be one of them.